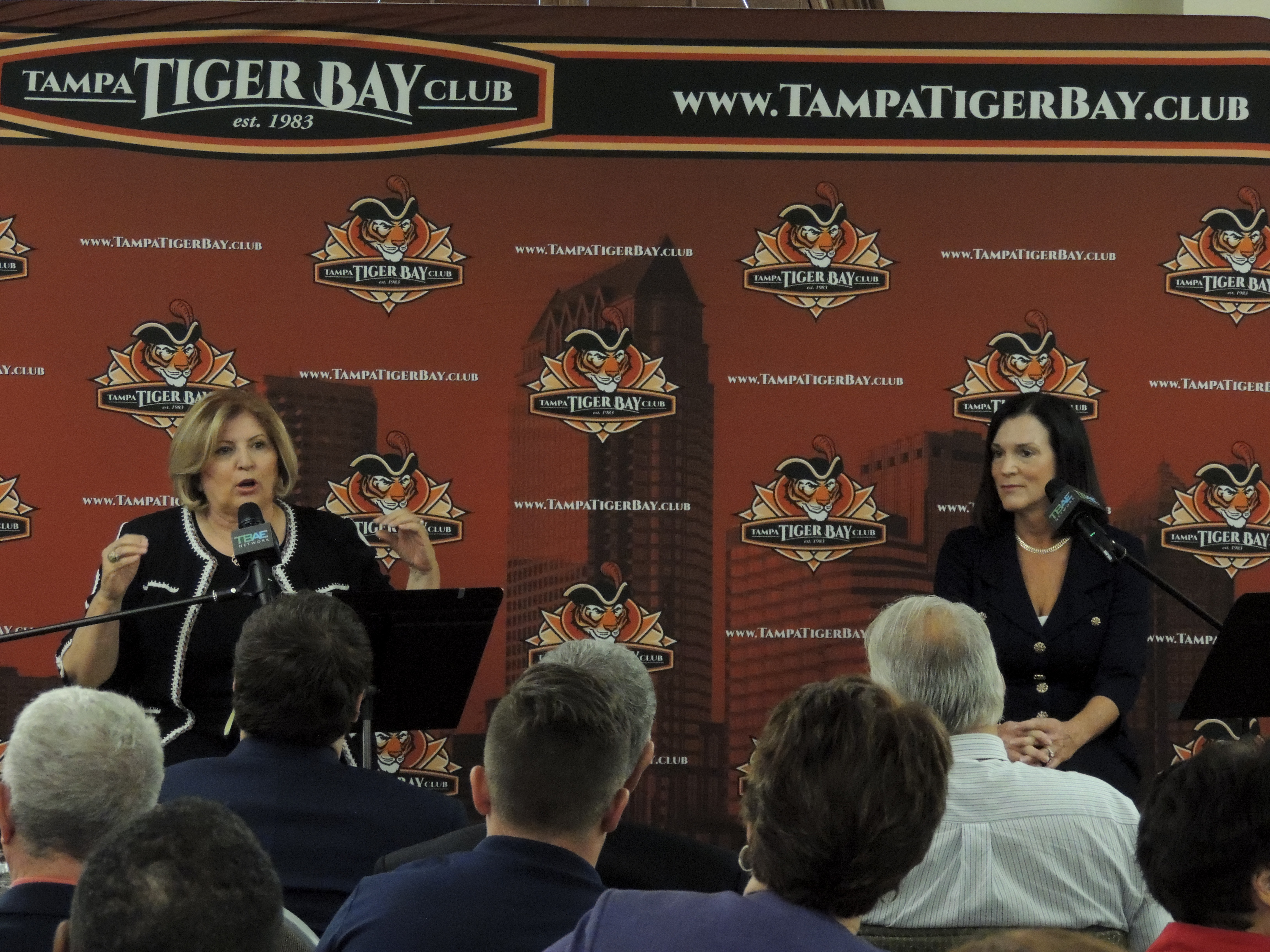 There were moments of agreement interspersed between tense verbal clashes when two candidates running for a hotly competitive Hillsborough County state Senate race met at Tampa Tiger Bay Club Friday afternoon; Democrat Janet Cruz and Republican incumbent Dana Young are locked in what the moderator — retired USF political scientist Susan MacManus — described as “one of the top five races in the country.”

Young voted for a major “school safety” bill that keeps 18-year-olds from owning semi-automatic weapons. But Cruz opposed that bill because it also allowed more people to have guns in schools through what’s called the “Guardian” program.

They were asked if they support the Hillsborough transportation tax referendum. Cruz said yes and Young drew derisive chuckles when she said she needs more information but would probably support it.

WMNF also played the full debate on MidPoint Monday. You can hear the full forum here:

Watch the forum in three parts: