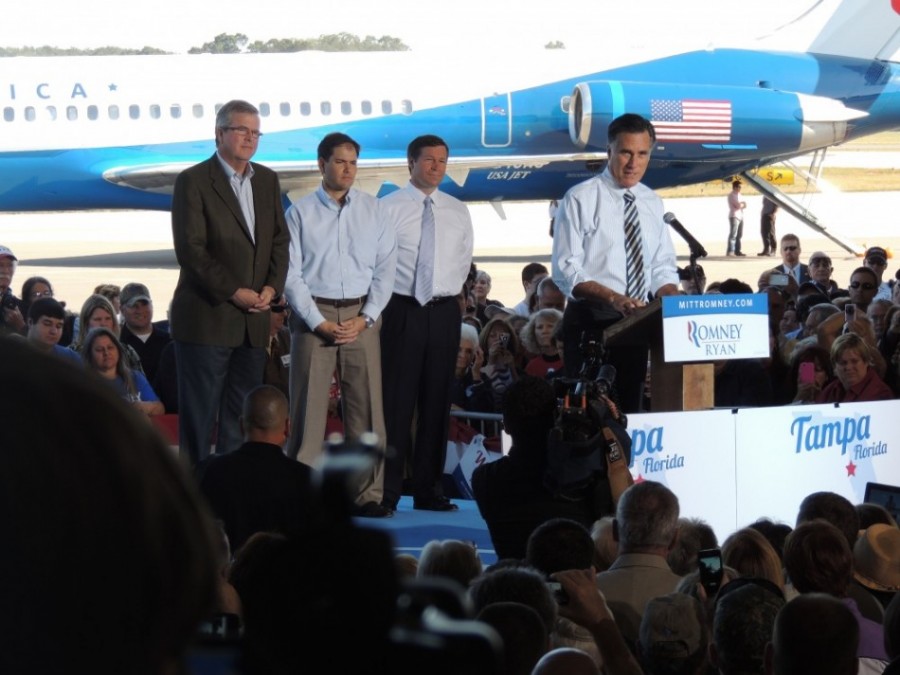 An explosive new series of reports by The Intercept has found that “a corporation owned by a Chinese couple made a major donation to Jeb Bush’s Super PAC Right to Rise USA” in March of 2015; Jon Schwartz, a senior editor at The Intercept, tells WMNF News it points to the Citizens United decision opening up U.S. elections to be influenced by foreign money.

“The most important fact about these articles is that for anyone who’s worried about Citizens United, they should know that when Barack Obama said, right after the decision in 2010, that Citizens United would make it possible for foreign money to go into US elections, he was right.

“It’s really extraordinary that the Supreme Court changed the law, in such a way, that it made it possible for a foreign corporation, that wholly-owned a domestic subsidiary of the United States, to put as much money as it wants into the US political process. That is, in fact, exactly what happened.

“In this case, it involved a company called American Pacific International Capital–which is incorporated in California, but, as far as we can tell owned or wholly-owned by Chinese nationals, who are permanent residents in Singapore–they gave the Jeb Bush Super PAC, via their California corporation, $1.3 million.”

Jeb Bush is not the only member of the Bush family that you connect to this money. Can you lay that out a little bit further?

“Yes, that’s right. Jeb, of course, has several brothers, one of whom used to be President of the United States: George W., another is Neil Bush who is a longtime business man with some involvement in businesses in Asia. Now, Neil Bush happens to be on the board of this California company, American Pacific International Capital, that gave the $1.3 million to the Super PAC supporting Neil’s brother, Jeb.”

And you say that this corporation that’s owned by Chinese couple, they made a major donation and they received detailed advice from a republican campaign finance lawyer. Who is that and what’s his role in this?

“That’s another remarkable part of the story. So, Obama said this in 2010–Samuel Alito, who was the Supreme Court Justice who’s part of the Citizen’s United majority, was sitting in the audience in front of Obama, he was caught on camera, when Obama said this, shaking his head and mouthing “Not true. Not true.” Right after Obama said this, lots of people–including some democrats–were saying that Obama had gotten this wrong, about Citizens United, that this, in fact, would not happen.

“Well, we now know that this was being said in public. In private, the professional campaign finance lawyers, like Charlie Spies, who’s maybe the most important republican lawyer of this kind in America, realized: “Hey, Obama was right. Let’s go get this money.”

“What we found was that Spies wrote a memo, in his capacity as General Counselor and Treasurer for the Jeb Bush Super PAC Right to Rise USA, essentially setting out a road map of how you, as a foreign-owned corporation, can put as much money as you want into US politics.”

You had a case where one of your reporter colleagues in China seems to have been attempted to have been bribed by one of the people involved in this, in China.

“Yes. That’s one of the bizarre and unexpected twists of this story. The main force behind the California corporation is a Chinese citizen named Gordon Tang and he is a permanent resident in Singapore. He was investigated by the government in China about 15-years ago for a very expensive case of smuggling and tax evasion in southeastern China.

“Now, to be fair to him, we have no idea and cannot say that he, in fact, was guilty. The Chinese government seems to have found him completely innocent–we want to be clear about that–but, he was very, very concerned that we would mention the fact that this had been alleged, long ago, in our article. He was so concerned by that that he called up one of our reporters in Hong Kong and offered her, what he said was $200,000. Now, we don’t know whether he meant U.S. currency–that would be a lot of money–that seems like more than the going rate to bribe a reporter. We suspect he meant Hong Kong dollars, which is a much more reasonable $25,000 in U.S. money.”

Those are my only questions. Is there anything that we haven’t gotten to that you think our listeners might be especially interested in?

“I would say the most important part of the story is this: we spent maybe three months investigating it, but, we found all of the most important information in a series of Google searches that took possibly 10 minutes. What that means is this information was right out in the open and what that suggests to us is that there’s a lot more going on if this had not been uncovered by the government before now; if this had not been noticed by anyone before this point. That suggests there’s more of it going on and particularly, there is likely more of it going on in more sophisticated ways, where it’s harder for just the general public or journalist to find out about it.”

Some excerpts from the article:

“The story of APIC captures the bizarre reality of the U.S. political system: George H.W. Bush and George W. Bush between them appointed three of the five members of the Supreme Court’s Citizens United majority; this majority opened up a loophole allowing foreign money to flow into U.S. elections; and this loophole was used to grab foreign money in an attempt to make a third Bush president.”

“When contacted by Elaine Yu, a Hong Kong-based journalist and contributor to this series, Tang offered to give her 200,000 dollars in an unspecified currency (Hong Kong and Singapore both denominate their money in dollars) if The Intercept did not reference unverified claims on Chinese-language websites that he had been accused of criminal activity.”

“For instance, Spies advised Jeb Bush to launch Right to Rise USA months before the official start of his presidential campaign in June 2015. This allowed Bush to spend that time directly raising unlimited contributions for his Super PAC, something that would become illegal once Bush was a declared candidate. APIC’s initial donation to Right to Rise USA was made during this period.”

“Following that call, Tang telephoned Yu directly in Hong Kong. Speaking with her in Cantonese, Tang was alternately threatening and cajoling, asking Yu to prevent The Intercept from referencing unverified claims on Chinese-language websites that he had been accused of smuggling, tax evasion, and bribery in Shantou. If she did, Tang said, when he came to Hong Kong the following week he would give her “a red packet of $200,000, so we can be friends,” adding, “I don’t even know why you want to be a reporter, reporters make so little money.”