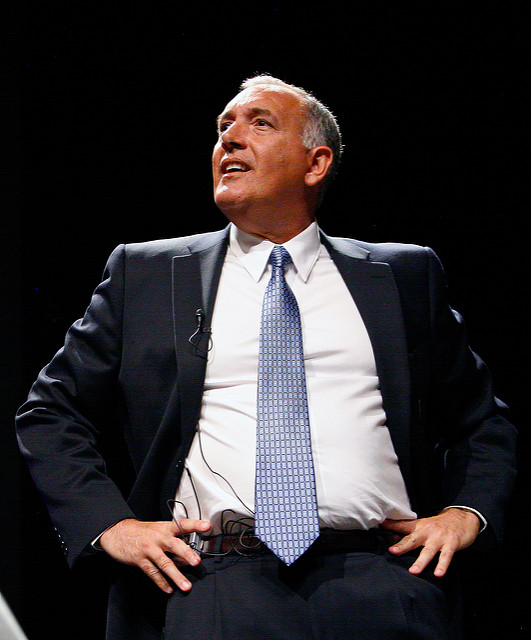 Host Rob Lorei interviewed Joe Navarro, a veteran FBI special agent who was able to uncover one of the smartest spies of the Cold War era — a spy with a photographic memory, an Army veteran who spent time here in Tampa, and who passed along to the Soviet Union the U.S. plans for war between the two countries.

Navarro is a profiler, an expert in reading body language, and author of the book What Every Body is Saying. His latest book is Three Minutes to Doomsday: An Agent, a Traitor and the Worst Espionage Breach in U.S. History (Scribner).

Navarro is a founding member of the FBI’s National Security Division Behavioral Analysis Program. His latest book recounts his efforts to court and prosecute a bedraggled but brilliant young spy in the late 1980s. What began as a routine interview for Navarro, who had SWAT team, aerial surveillance, and counterintelligence responsibilities in the Tampa office, turned into an all-consuming mission to uncover  an unprecedented spy enterprise in West Germany. Over a year and a half, the author met repeatedly — eventually daily — with Rod Ramsay, a former soldier who had been the junior partner of an espionage mastermind at the 8th Infantry Division headquarters.

To listen back to this interview from Wednesday April 12 2017, click here.