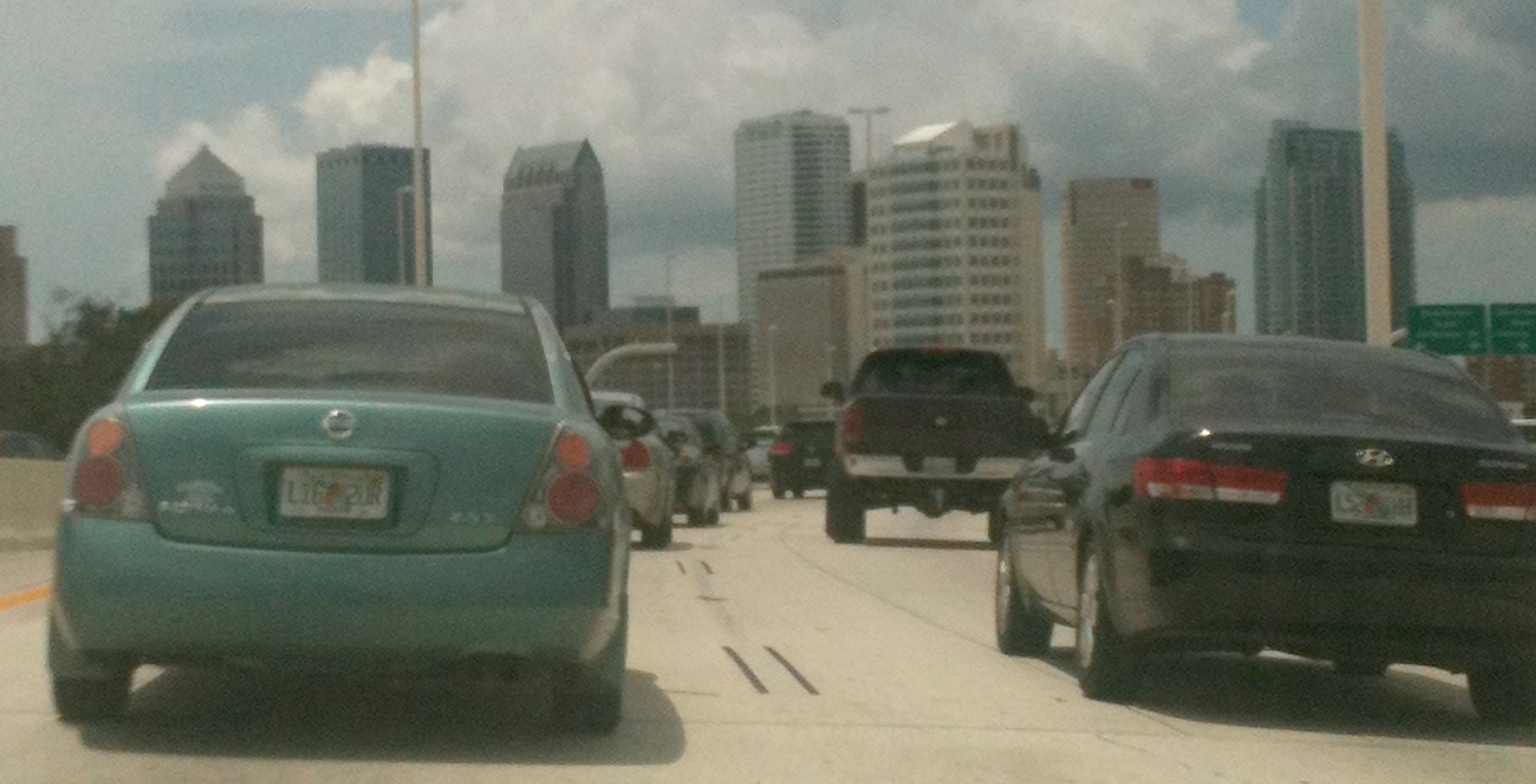 In recent days you may have been stuck in long traffic jams on the interstate highway system here in the Bay area. First there was a grassfire that shut down I-275 in Pinellas County during Friday afternoon rush hour. Then there was the multi car crash that included a motor home, shutting down I-275 and blocking traffic from St. Petersburg to Tampa for several hours.

Why don’t commuters have more choices? The decision about what choices we have for commuting is in part up to the Tampa Bay Area Regional Transit Authority (TBARTA) — an agency that includes seven counties and conceivably could create a path toward light rail, monorail, a ferry system, or a better regional bus connection. There’s a big debate in Tallahassee right now over who controls TBARTA — local governments or Tallahassee politicians. For now, Tallahassee seems to be winning. Host Rob Lorei spoke with Kevin Thurman, an advocate of more transit options here in the Bay area.

Signs that the U.S. is on the verge of Civil War?

You may have heard about that clash of protesters this past weekend in Berkeley, California. Some news outlets described it as a clash between Trump supporters and Trump opponents. But it wasn’t that simple, and the reality is much darker. Esquire.com reported the event this way:

“According to reports in mainstream news outlets like CNN, the Los Angeles Times, and the Washington Post, Saturday saw pro-Trump demonstrators clash with anti-Trump protesters in Berkeley, California, while more placid “Tax Day” marches took place around the country calling on the president to release his tax returns. The news stories offer largely the same account and framing as that given by the LA Times: “hundreds of pro-Trump demonstrators and counter-protesters clashed Saturday at a ‘Patriots Day’ rally… Both groups threw rocks and sticks at each other and used a large trash bin as a battering ram… Twenty-one people were arrested… Eleven people were injured.”

All of this did happen. But such accounts missed the most crucial aspects of what was at stake in the Berkeley clashes, and thus fail to explain why there were aggressive altercations at all. To frame Saturday’s events as a fight between supporters of the president and his denouncers roundly misses the key tensions undergirding the confrontation: that of anti-fascists versus white nationalists.

Rob spoke with Mike Kohn about what happened in Berkeley. He is a reporter at our sister station KPFA in Berkeley, and covered Saturday’s protests.

To listen back to this interview from Tuesday, April 18 2017, click here.