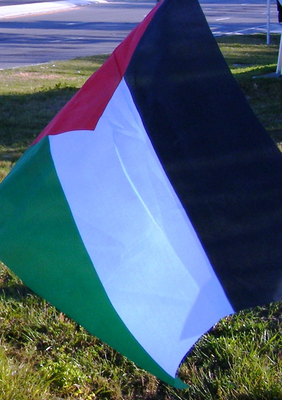 A Lake Worth city commissioner was arrested on Monday during a protest outside the Israeli Consulate in Miami.

Commissioner Cara Jennings and 35 others were protesting the actions of the Israeli Defense Forces, who shot American Tristan Anderson in the head last Friday in the West Bank village of Ni’lin.

WMNF spoke this afternoon with Commissioner Jennings about Monday’s protest and her arrest.

“I am pro-human rights, regardless of somebody’s nationality. And that’s what this is — it’s a basic human rights issue. It’s an ongoing saga for the people of Palestine. And to stand up and say what is happening there is an injustice does not make me anti-Semitic.”

Anderson had part of his right frontal lobe removed and is in stable condition in intensive care.

Updates and video from the International Solidarity Network

Anarchists Against the Wall on Tristan Anderson