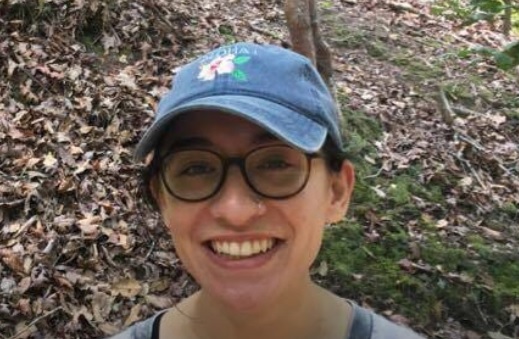 Update: Israel has ordered Florida resident Lara Alqasem to be deported, but on Friday her mother told WMNF that she is appealing that deportation and is still being detained at Ben Gurion airport. She expects a decision Sunday.

Here’s an article from the Miami Herald. And one from from Haaretz.

Below is an interview with her mother that WMNF published Thursday.

An American graduate student from South Florida has been detained in Israel and risks deportation; her mother is asking for answers.

Lara Alqasem is in Israel to attend graduate School at Hebrew University in human rights and international law. But this week she was detained.

“Well, currently, she’s in detention at Ben Gurion Airport in Tel Aviv. She arrived there around 9:00 a.m. our time on [October] 2nd. When she went through the gate to try to enter the country they asked where her father – you know she has the [Palestinian] Alqasem name – so they asked where does that name come from, where was her father born?

“And then they made a call. And my daughter could understand a little bit of the Hebrew, so she understood when the guy said to the person on the phone, ‘She has a visa but her name is Alqasem.’ And the man on the phone said, ‘Detain her.’

“So at that point they took her into another room where they held her. They questioned her, what she was doing there. I don’t know the whole story because I’ve had limited contact with her. But they asked her a lot of questions. And they kept her in detention from that point until the next morning. Actually, they tried to deport her. They were going to deport her at 6:00 a.m. the following morning.

“But we got a petition to allow her to stay – we had to get a lawyer, we got a petition to allow her to stay. They allowed that. Then she went to a hearing yesterday [Wednesday] morning at around lunchtime. And at that hearing the judge recommended that she be allowed to stay in the country because the reason that they were giving for not allowing her to stay was that she had some link to a student group at the University of Florida. She denies it and even the judge says the link was so weak that there was no need to deport her for that reason and that she should be allowed to stay.

“The Dean of the university sent a letter, also, to the court, recommending that she be allowed to stay. She’s there to be a student and do her Master’s degree [in human rights and international law]. She has a visa from the [Israeli] Consulate in Miami to allow her to do that.

Then, at that point they took her back to detention. It was going to be forwarded to the Ministry of the Interior who would make the final decision by the next morning, which is this morning [Thursday] around 10:00 their time; about 3:00 a.m. this morning the Minister of the Interior should have made the decision whether or not they agreed with her staying. Well, they’ve been delaying it and delaying it until this time I spoke to her lawyer about an hour ago [about 9:30 a.m. ET] and they said that they’ve recommend ed that she should not be allowed to stay.

So now her lawyers are going to the court around t his time – I think it should be happening now. Where they’re going to present — a lawyer will present Lara’s case to the judge. And then they’ll make their final decision whether she’s allowed to stay there and do her studies. Or they will, I guess, try to deport her maybe tonight or tomorrow morning, I don’t know. We’re waiting to hear.”

But you’re hoping that she’s allowed to stay in Israel and complete her graduate studies?

And that’s at a university in Israel. Which university?

“Well his parents are Palestinian. They were born and lived in Palestine and left around 1948.”

This may or may not be relevant, I don’t know, but what about your background?

Is there anything else that people should know about the case of your daughter?

“Well, I just fee l like there’s some prejudice when it comes to certain people trying to get into Israel – for visits, for studying, whatever it is they’re trying to do. The reason she was initially even questioned was because of her name. You know, if she had gone in with my second name, original, or if she’d been called ‘Jones’ or ‘Walker’ they would not have even questioned her. She would have walked right through. So there seems to be some racism, some prejudice going on.”