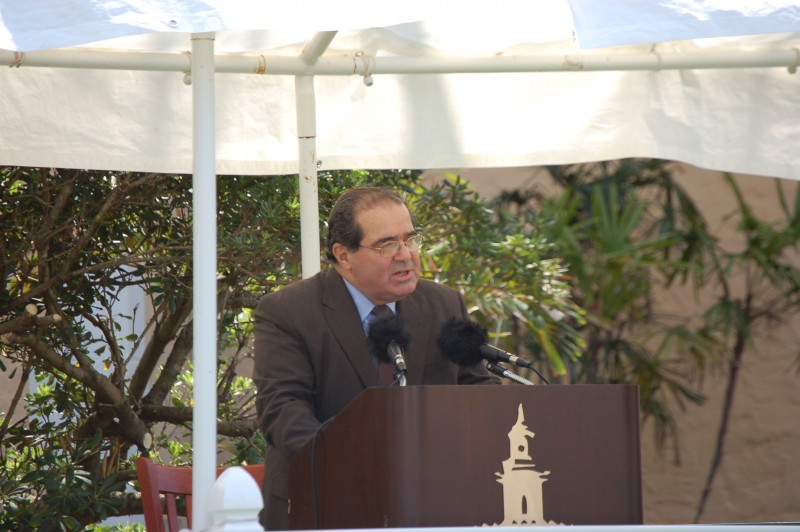 Arch-conservative Supreme Court Justice Antonin Scalia died Saturday and the balance of the Court could shift with his replacement; WMNF spoke with a constitutional law professor about how election year politics could influence what happens.

Louis Virelli is professor of constitutional law at Stetson University College of Law in Gulfport, Florida. Professor Virelli served for five years as a trial attorney in the civil division of the U.S. Department of Justice in Washington, D.C.

Several Republican Senators and GOP presidential candidates have suggested that the Senate should block whoever President Obama nominates to replace Scalia. But on Saturday night, Obama promised to quickly nominate someone and the Senate has the obligation to hold a timely vote.

During the CBS Republican debate Saturday the candidates said the Senate should block anyone nominated by Obama.