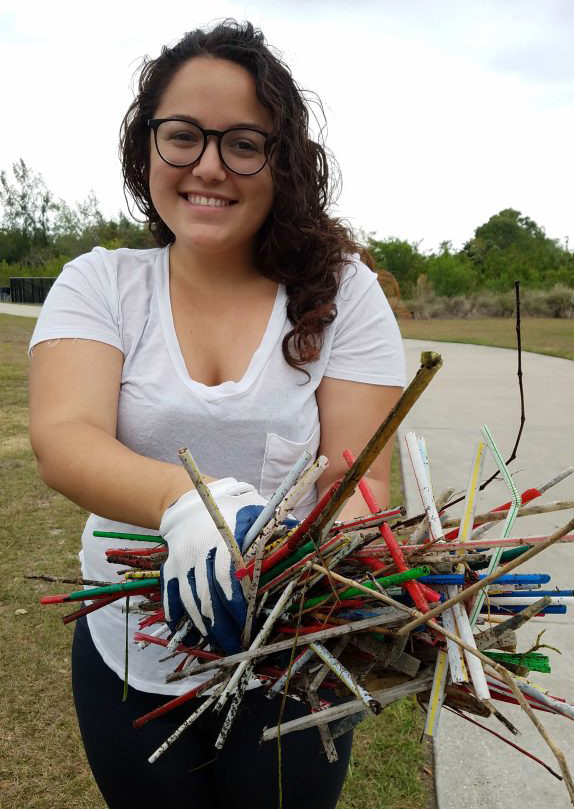 The south Pinellas County beach community of Gulfport might consider banning single-use plastic straws; at the city council meeting Tuesday evening, a law student is introducing the idea of a straw ban in Gulfport restaurants.

A similar ban passed in Ft. Myers Beach last year and is being considered in nearby St. Petersburg because of the impact of plastic straws on marine life.

It’s a class project by a student, Jennifer Winn, of law professor Lance Long at Stetson University College of Law. He teaches environmental advocacy among other courses.

“It was part of an overall, I guess, movement in the U.S. to try to reduce plastic use. Plastic straws in particular are an item that are superfluous to most necessary eating and drinking. And it’s an item that when it’s used in coastal areas — ocean areas — it’s easily ingested by animals. Sea turtles get them stuck in their [nostrils], fish get them stuck in their gills — stuck in various places. It’s one of the most frequent items found when people pick up plastic and do beach clean-ups. It’s one of the most frequent items found out on the beach, in the water. And for all those reasons it just seems like a good place to start to reduce plastics. And once people get focusing on something as simple to eliminate as a straw, then maybe they can see beyond using the cup. Maybe the plastic bag. Other plastic things they realize there’s better ways to use reusables that will lighten the plastic debris load in the ocean.”