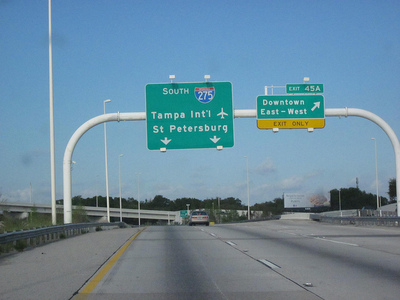 Today in Tampa,  low wage workers will be walking out of their jobs and rallying at Lykes Gaslight park as part of a nationwide strike organized by Fight for 15 movement, which advocates for a 15 dollar an hour minimum wage and union representation. Joining us to talk about the ongoing push for a living wage is union organizer Kelly Benjamin along with local McDonalds worker Bleu Rainer and child care worker Pavoney Scott, who will MC’ing this afternoon’s event in Downtown Tampa.

We then look at controversial plan by the Department of Transportation to widened the interstates 275 and 1-4 in Tampa and Pinellas in order to make room for toll lanes. Known as the TBX project, it has been met with intense protest from the communities that the interstates cut through,. We talk today with Michelle Cookson of Sunshine Citizens, a group that opposes the construction of the so-called “Lexus Lanes”. They will be present at the Metropolitan Planning Organization meeting tonight at 6 in the County Center in Downtown Tampa.