Home Blog News and Public Affairs Manatee deaths on the rise in Florida, partially due to toxic red tide algae 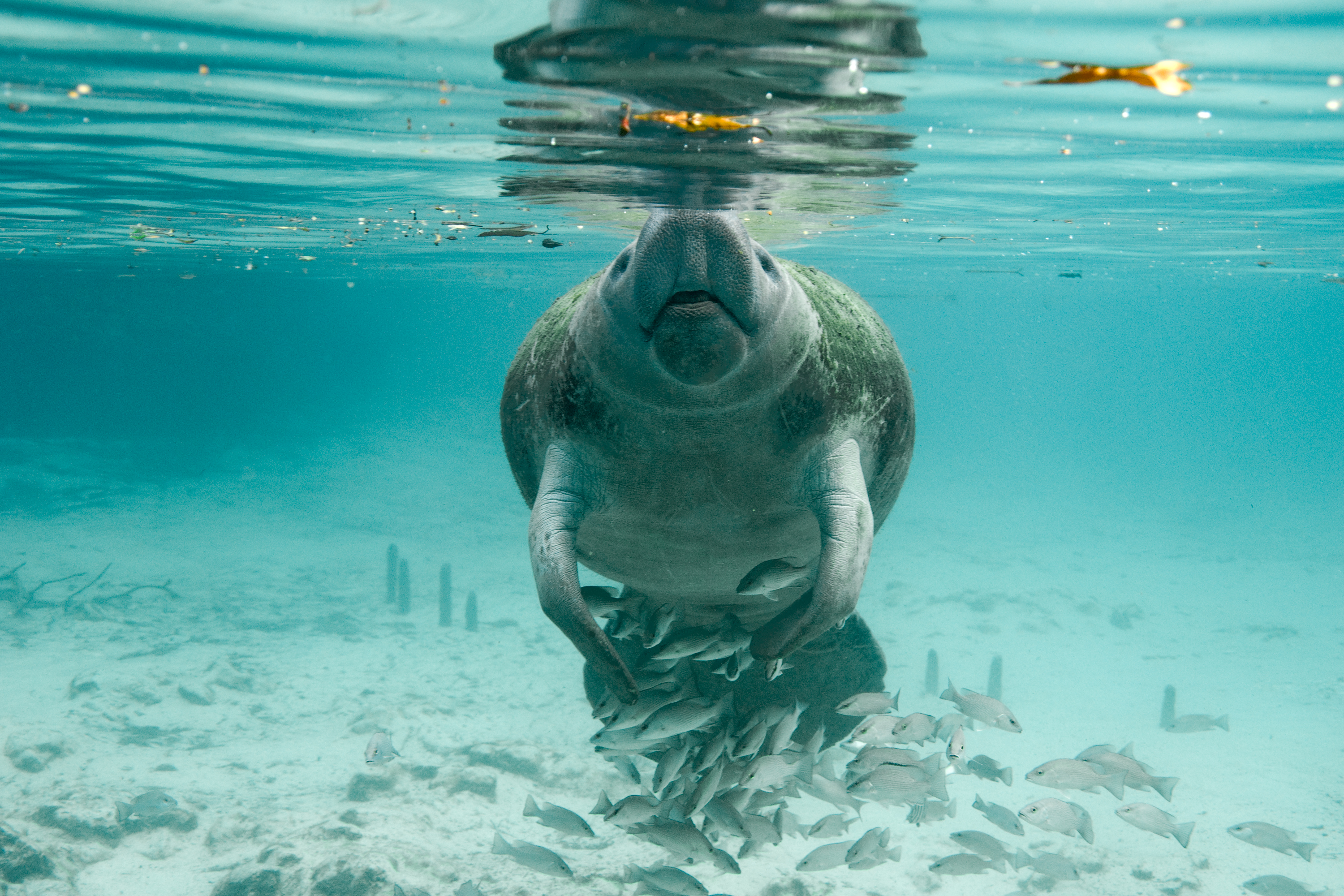 ST. PETERSBURG, Fla. (AP) — This year hasn’t been a good one for the Florida manatee.

According to state wildlife statistics, there have been more manatee deaths so far this year than all of last year.

A total of 540 manatees have died through Aug. 12, compared to 538 in 2017. Experts blame a cold snap at the beginning of the year and the toxic red tide algae (Karenia brevis) in the Gulf of Mexico for the fatalities.

“We expect the red tide related manatee death toll to rise,” said Jeff Ruch, executive director for Public Employees for Environmental Responsibility, a D.C.-based nonprofit. “We suspect there are a number of carcasses that have not been reported yet.”

Statistics from the Florida Fish and Wildlife Conservation Commission say that red tide is to blame for at least 97 manatee deaths. Red tide is a natural occurrence that happens due to the presence of nutrients in the water and an organism called a dinoflagellate. Scientists call these blooms harmful algal bloom.

The toxic algae bloom has overrun Florida’s southern Gulf Coast this summer, devastating sea life and driving people from the water. Over the weekend, television newscasts warned viewers before they showed graphic video of dead manatees in the water.

In Lee County alone, authorities have removed 2.7 tons of dead fish from the beaches.

Last week a state of emergency was declared in seven counties in Southwest Florida. Governor Rick Scott ordered $100,000 for additional scientists to help with clean-up efforts and another $500,000 to help local communities and businesses struggling with lost income as tourists flee. The governor also directed another $900,000 in grants to help Lee County’s clean-up efforts. Scott has been criticized over several decisions he has made about the environment during his current Senate campaign.

Images of dead turtles, a dead whale shark, and thousands of fish and other sea creatures have flooded the media.

Scott says the state will deploy all state resources to the seven counties impacted and do everything possible to help business recover.

While manatees don’t eat fish — they are herbivores that eat sea grass, among other greenery — they are affected by the red tide in various ways.

They get a triple whammy because they get a toxin through their skin, inhale the toxin when they breathe, and they eat the plants that have the toxic algae on them, said Marilyn Levy Odea, a conservationist and Florida master naturalist who volunteers at a science center in Lee County, along Florida’s southwest coast.

She points out that they’re also slow-moving creatures and may not be as quick as other sea creatures to avoid the swath of red tide that’s hugging the coastline.
Experts say it’s likely that 2018 will rival 2013, when 723 manatees died.

“For many years, the leading causes of manatee deaths was collisions with boats,” said Ruch. This year, only 79 manatees have died due to boat injuries.

There are approximately 6,000 manatees in the waters off Florida, so losing ten percent of the population is alarming. The manatee is native to Florida and is considered a threatened species. The rotund, slate-gray manatee is beloved in Florida. Their likeness can be found on a specialty license plate, as stuffed animals in tourist traps, and, inexplicably, in a Jimmy Buffett song about aging.

The National Weather Service has issued beach hazard warnings about red tide for some coastal areas of Sarasota, Charlotte, and Lee counties. They warn

For red tide forecast information, you can go here: https://tidesandcurrents.noaa.gov/hab/gomx.html

Can coastal nutrient pollution worsen an existing Florida red tide that has moved to shore?

Yes, the scientific data available so far suggest that it is possible for nutrients flowing from land to sea — including natural AND human-contributed nutrients carried by storm water runoff and the input of rivers — to serve as additional “food” for growth of Karenia brevis red tide blooms that have moved to shore.

However, the process is very complex. K. brevis can use at least 12 sources of nitrogen and phosphorous nutrients, and some of those sources include human-contributed nutrients. Mote scientists partnered in major research efforts to gather that knowledge. Read a 2014 summary: https://mote.org/news/article/nutrients-that-feed-red-tide-under-the-microscope-in-major-study

In short, we know human-contributed nutrients can affect a coastal red tide, and we must expand our data and monitoring efforts to confirm whether and how they did in each specific case.