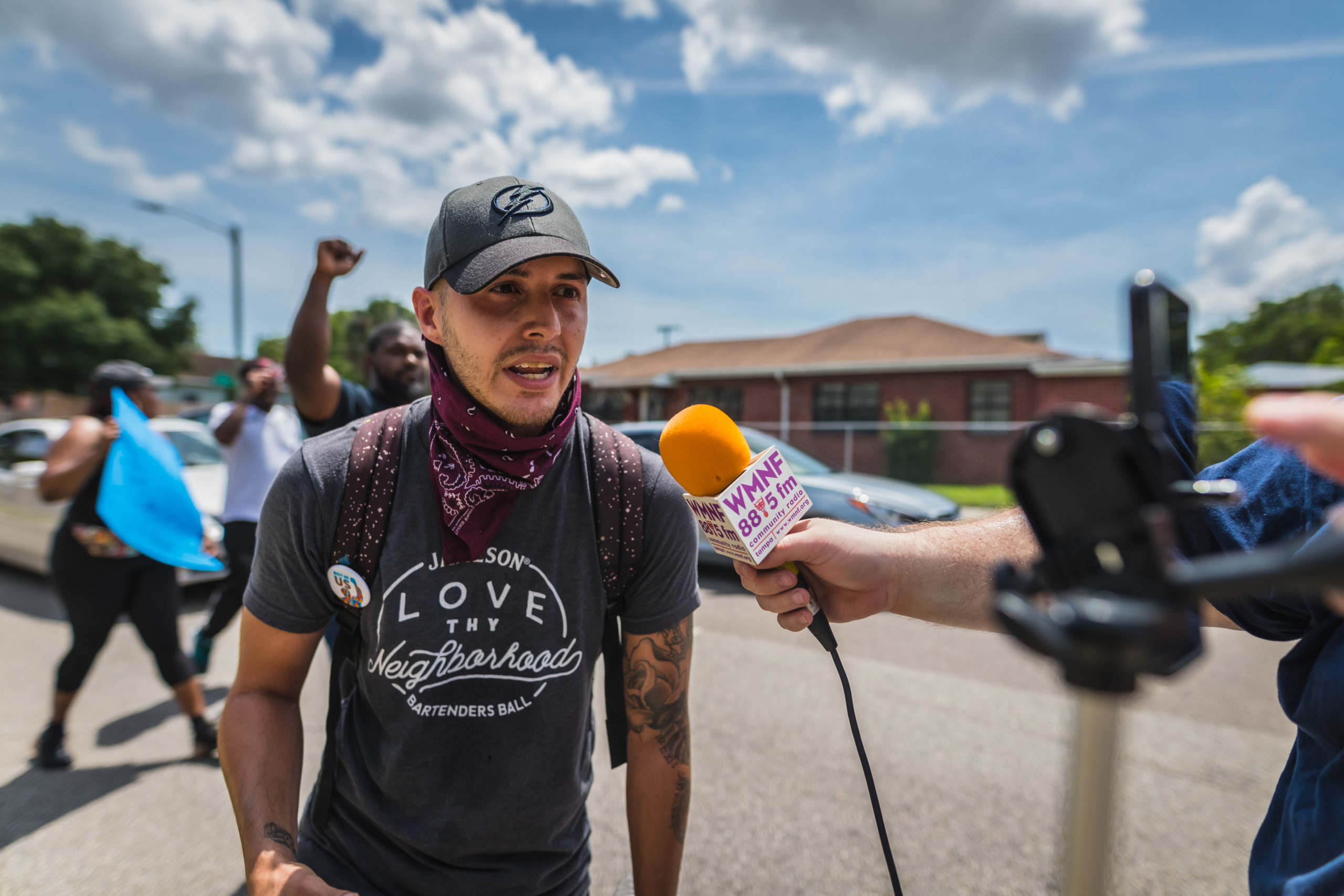 Last Saturday afternoon about 1,000 protesters joined with the nationwide Black Lives Matter marches seeking justice for George Floyd. Large sections of Fowler avenue in Temple Terrace were blocked off. Students for a Democratic Society and the National Alliance Against Racist and Political Repression organized the action.

Tampa Mayor Jane Castor participated in the march, and she spoke with WMNF’s Sarah Marshall. She said she was glad that people had the chance to express outrage, and understood the need for police accountability. But the former police chief felt that Tampa officers are doing a good job.

“I don’t know that there was significant change that needed to occur at the Tampa Police Department. Our officers are held accountable. We have a series of checks and balances.”

“You need a citizen’s review board that looks into whenever there are extrajudicial killings with black people. You need citizens to fund this board and be elected to this board. And until the mayor is ready to come to the table, and get these kind of terms – deliver on these kind of terms– then your presence is good and it’s needed, and we appreciate it, but it doesn’t do much, right?”

WMNF also spoke Sunday with Angel D’Angelo of the Restorative Justice Coalition, who was also critical of Castor’s presence. He also said that a citizen’s review board won’t do much good until the state repeals its law enforcement bill of rights, which they say allows accused police officers to review evidence against themselves during hearings.

Castor stated that while Tampa officers weren’t involved in Floyd’s death, that every officer in the United States is accountable for that as the murder reverberates throughout the United States. For more coverage of the marches last weekend including Live Streams, interviews with protesters, and more, go to the WMNF News Facebook page to stay up to date on the latest action.

Sarah Marshall contributed to this story.