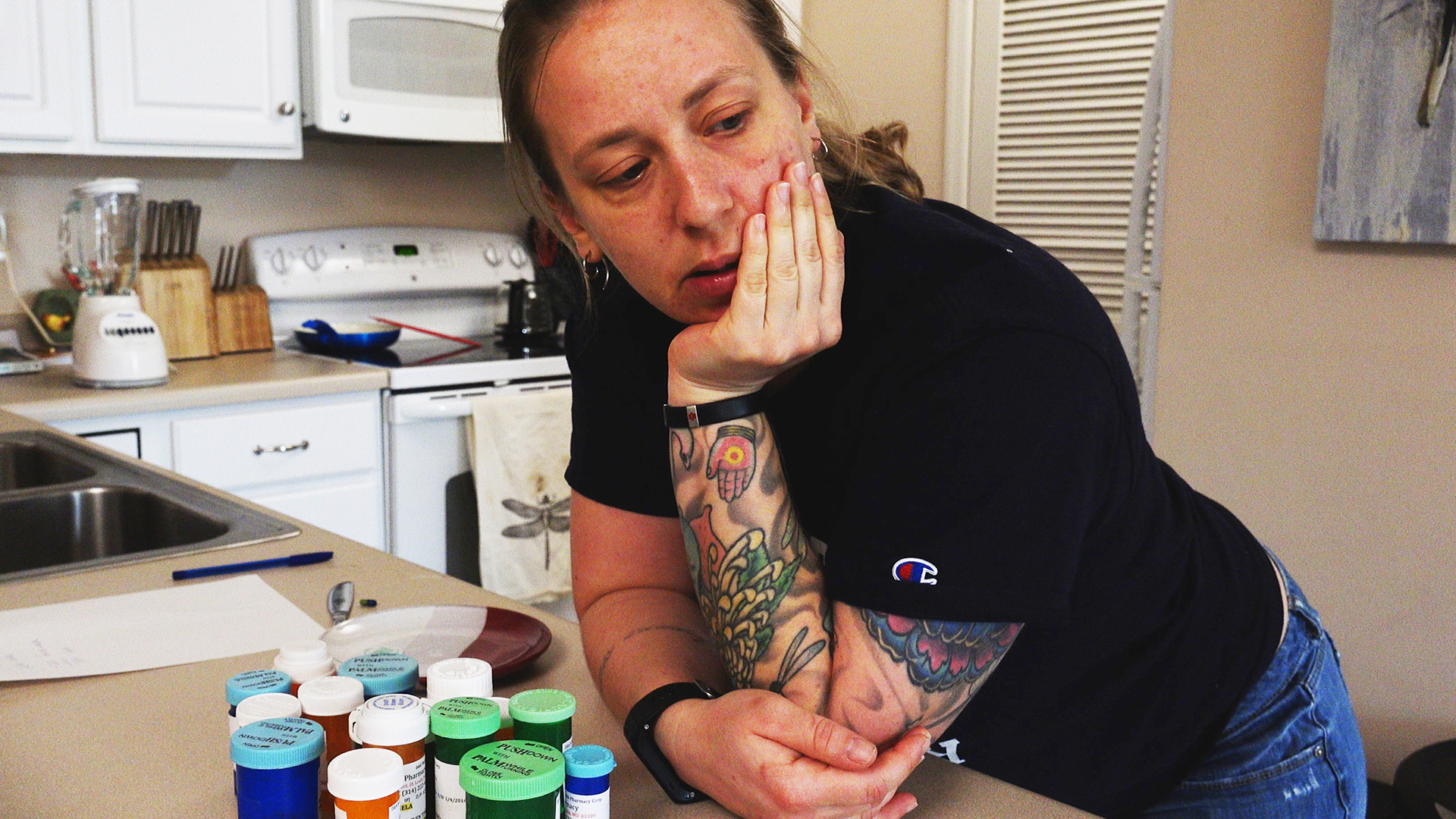 This concerns a different type of medication: psychiatric drugs and whether they’re being overprescribed by psychiatrists. The film also looks at whether patients get enough information about side effects before they are prescribed psychiatric medication.

It’s the subject of a new documentary that will air on public television over the next few months. It’s also streaming now on the PBS app. It’s called “Medicating Normal” and we interview one of the subjects of the film and one of the directors.

is an award-winning filmmaker. She is co-director/producer of “Medicating Normal.”

During the interview, the guests mentioned several resources, including:

Quotes from the interview

During the interview, Cunningham said, “I have college-age kids who report back that it’s rampant on every college campus around the country and it’s the norm, and that’s what’s really upsetting is that should it really be the norm and the go-to. And I think Angie said before, you know, there are these campaigns out. If you’re feeling sad, if you’re feeling unsettled in any way as a young person, seek out a doctor.

“And true, we want young people to seek help. That is absolutely not what we’re trying to say. But if seeking out a doctor leads immediately to a prescription for a medication that often lasts years and years and years? Is that what we really want for our young people?”

And here’s an exchange between Peacock and WMNF’s Seán Kinane.

Angie Peacock: We know that you take a drug long-term and several of them in combination, that there is no research to show what they do long term or what they do when you come off after long-term use. So, I definitely still live with some disabilities that are extremely hard to deal with.

Seán Kinane: What were you told when you were initially prescribed these medications? When you saw the doctor, what did the doctor say?

Angie Peacock: I mean, nothing. It was just like ‘take this pill, it’s gonna help you feel better.’

Also on the show: Florida bills that take on “wokeness:”

There are several bills during the current Florida legislative session that target “wokeness.” Things like classroom discussions about American history and even corporate training on diversity and inclusion are targets of Florida’s governor and Republicans in the Legislature.

HB 7 is a bill that was approved by the House Judiciary Committee last week on a party-line vote. It could allow parents to sue educators.

But before that vote, one Democrat spoke his mind even as he was reprimanded by the committee’s chair. On Tuesday Cafe, we heard most of what Tallahassee’s Ramon Alexander had to say about HB7, and about the legislators who support it.

We also heard from Republican John Snider, who represents parts of Palm Beach and Martin Counties. Representative Snider even seemed to suggest that when companies train their employees about diversity and inclusion that somehow contributes to the worker shortage.