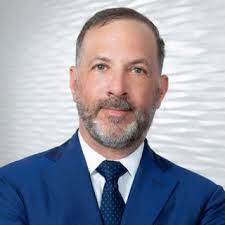 As the tense war continues between Ukraine and Russia, one Tampa local has helped make an impact and provide relief to those in need. Mark Wright, a local Tampa attorney who recently spent time at the Ukraine/Poland border assisting refugees fleeing violence in Ukraine, spoke with MidPoint host Shelley Reback about his experience.

So, he decided to learn their names and stories. In partnership with the Jewish Federation of North America, he spent a week at the Polish border of Ukraine, volunteering by himself and with the Federation.

What the people really need is mental health counseling and doctors, Wright said. But, without being able to offer those, he did what he could, sorting clothes to give to refugees, handing out water, buying pizza and toys for residents of a relief center, and donating medicines that he had collected before his trip from his many physician friends in Tampa.

One particular experience that stood out was what he called “Operation Soccer Balls”: while over there, he met with the Israeli Dream Doctors, volunteer military medical clowns and mental health counselors from Israel, who helped Wright distribute toys to refugees. Wright discovered that there was a great love of “football” (soccer) and an intense desire among the refugees for soccer balls to pass the time while in the temporary relief centers. What started as a giveaway of four soccer balls quickly became a mission to bring hundreds of soccer balls to the humanitarian aid center, all purchased with the donations of funds that Wright had collected from friends and family before his trip.

Wright noted that he saw a lot of American volunteers, but very few American-based organizations with their boots on the ground. There were Israeli medical tents and Jewish organizations helping all people at the border (not just Jewish refugees). Across the border in Poland, there were also many Catholic relief organizations, and groups from India, South America… It was good, he said, to see so many people helping out. And it was good for him, as well, to help.

“I’m not here as a politician, I’m here as a human being trying to make some small difference.”

Mark Wright connected with the relief efforts of the American Jewish Joint Distribution Committee (JDC) at the Polish border and found a place to assist through the efforts of that organization. Michael Geller, Communications Director for the JDC, also called in to discuss the organization’s work in Ukraine. “The Joint”, as it’s also called, was founded in WWI, and has been dedicated to assisting Jewish people around the world, and helping their communities to thrive, along with providing humanitarian relief to any and all communities that have suffered from disasters, man-made and natural. Ukraine has the fourth-largest Jewish population in Europe and so the Joint has been active in Ukraine for the past 30 years. They work on three fronts: they work inside Ukraine helping to sustain seniors and others who can not leave, they help people leave Ukraine who wish to immigrate to Israel or elsewhere, and they help resettle refugees once they leave.

Before the war, they were helping up to 40,000 Jews in need across one thousand locations around the world. Now, their efforts are have helped over 30,000 refugees, both Jewish and non-Jewish in and around Ukraine and the surrounding countries.