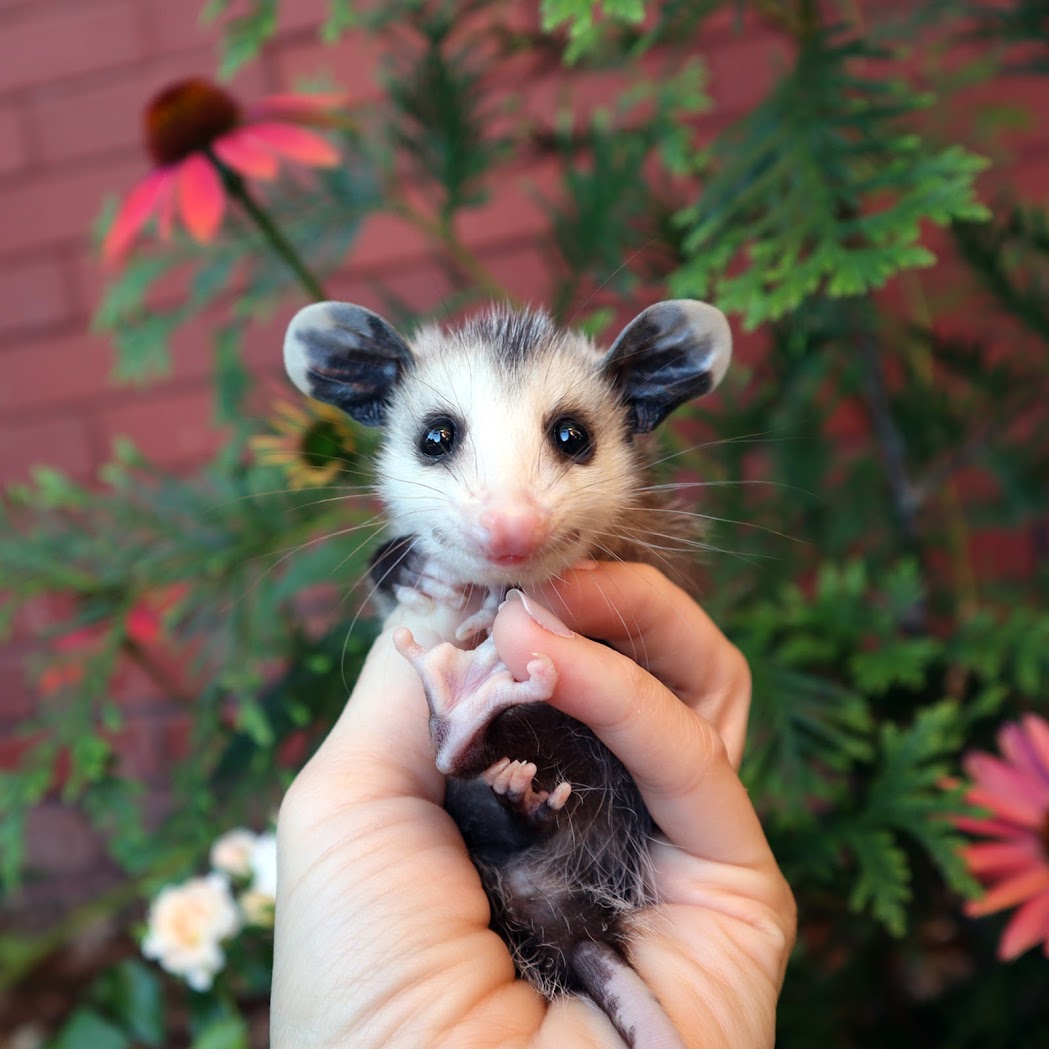 Ally Burguieres— an opossum advocate and rehabilitator, whose passion to protect and serve, and heal, these marsupials is reflected in a recent HuffPost piece and in her new book, “Possums Are Not Cute! And Other Myths about Nature’s Most Misunderstood Critter”—addresses, in a “Talking Animals” interview, the “possum/opossum” dilemma, citing history, international distinctions, and how even when “opossum” is the correct version, conversationally it can be pronounced (not incorrectly) “possum.”

Burguieres points out what, in her experience, is the biggest misconception about opossums—what makes them “nature’s most misunderstood critter,” to crib from her book title–noting that a widely-held belief is that the animals carry rabies, even though, in fact, their body temperature is too low to do so.

Burguieres recounts how she got started in opossum rehab, having been in rescue/rehab of other animals, gravitating toward working with opossums, in part because the complexity of their care and feeding connected directly to her penchant for research and learning. (She holds two master’s degrees and a PhD.)

This fount of knowledge also helps account for her firm belief, articulated both in her HuffPost article (https://tinyurl.com/4cfdujr7), and in this conversation, that opossums should never be kept as pets; they really cannot be domesticated.

Similarly, if you spot an opossum who looks ill or injured, Burguieres strongly advises against trying to treat the animal or even intervene, recommending that you contact a local wildlife rehabilitator, using the resource Animal Help Now (https://ahnow.org/#/) to help locate the best local assistance for that animal and predicament.

Burguieres fields a number of listener calls and emails (one caller advanced the idea that opossums are “the hippies of the animal kingdom”), and we briefly touch on her propensity for education and string of degrees, and far too briefly on her work as an artist and designer, who owns three galleries or boutiques in New Orleans.