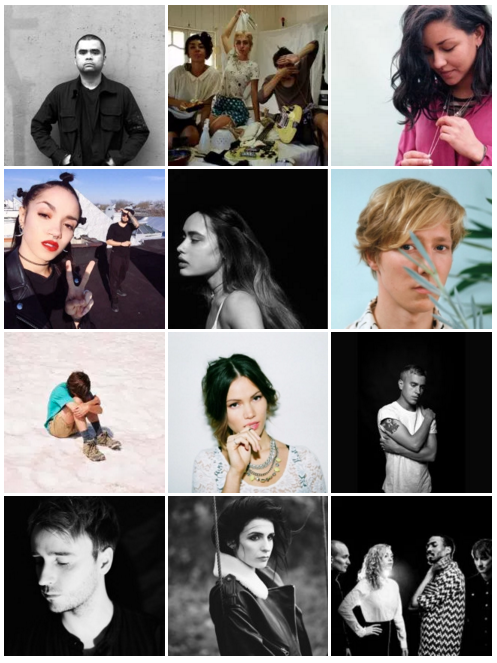 The run-up to the General Election bounces from unfathomable to unbelievable. No matter what your pedigree is in observing political discourse, it’s safe to say, you have never witnessed anything like the current pre-election bedlam. Between now and Election Day, the pundits will rant and rave with analysis, predictions and play-by-play action. The truth is, this election will be like no other. Even bookmakers are scratching their heads over the odds. Whatever the result, an enjoyable diversion will be welcome before and after the Election. So, we created The Musical Distraction Edition, a glorious selection of new music to help buffer the unbearable political white noise. The program starts with a reworking of The Beatles’ Because The World Is Round from Jonathan Kusuma, who also goes by the moniker of Ojon, he’s a musician, producer and DJ based in Jakarta and Singapore. You’ll hear the track throughout the show as a segue background. Next, a three-piece from Brisbane called beNt, not to be confused with the British duo of the same name. We wonder if their parents had a collection of late ’70’s UK singles laying around which beNt used for inspiration for Skeleton Man…that’s a compliment! Scots-Sudanese singer,  Eliza Shaddad follows with Make It Go Away, from her second EP titled Run, just released on March 18. Teef Recordings out of Australia are releasing music worthy of your attention, a perfect example is Lupe J with Train from Imperium In Imperio a compilation on Teef, the profits from this collection of tracks go towards Oxfam’s Nepal relief fund. Out of Brooklyn, Dominique Nichelle and Adam Maria go by the collective name of Bulla Fey. On their FaceBook page, they say their personal interests are Blunts; Artists they like are, Daughter, Fiona Apple, Wu Tang, M.I.A. & Four Tet; their influences are, Judy Garland & Outkast and predictably, their interests are, wait for it: Blunts! Their track is called Alive. The astonishingly talented Zuzu is a big favorite at Life Elsewhere. Norman B’s interview with the British-American star in the making is available in the Life Elsewhere archives. For this edition, you’ll hear Zuzu’s beautiful, plaintive, You. Oliver Heim is from Holland, his new album A Different Life is on the Zozaya  label out of Warsaw, Poland. The track included here is, Far Apart. Opening is the next cut, from Noah Rawlings who goes under the name, Sunshine Faces for his new album titled, Corduroy. London’s Sinead Harnett gives us No Other Way, (featuring Snakehips) from her debut EP, N.O.W. The next song, Young Green Eyes came with the sad tale of the loss of a girlfriend, a job and a mugging! Leaone is singer-songwriter from Suffolk in the UK. His debut single comes out on April 15th. Irishman, Ryan Vail has a cool story about his debut solo album…it was 89 years in the making. The piano that takes center stage his new recordings was made in England in 1927, shipped to Derry in Northern Ireland, cherished by Ryan’s wife’s family and restored for use on his album. The warm, well-loved character of the instrument makes Ryan’s work so enjoyable. From Ryan’s album For Every Silence, we’ll play Mirrors. Annabel Jones is from the UK, but we are told she has relocated to L.A. After playing this track on the show, a few weeks back, we received such great response, we thought we should play I.O.U. again. The final track is Direction by Hugh. “Direction is simply gorgeous,” says Norman B. Andy Highmore, Joshua Idehen, Tino Kolarides and Izzy Brooks are Hugh, the South London act say Direction is about losing faith. Listen carefully to the words, “Do you believe? Believe in love? In all the kinds of love, or just the ones you understand?” Perfect!  A fitting close to The Musical Distraction Edition.