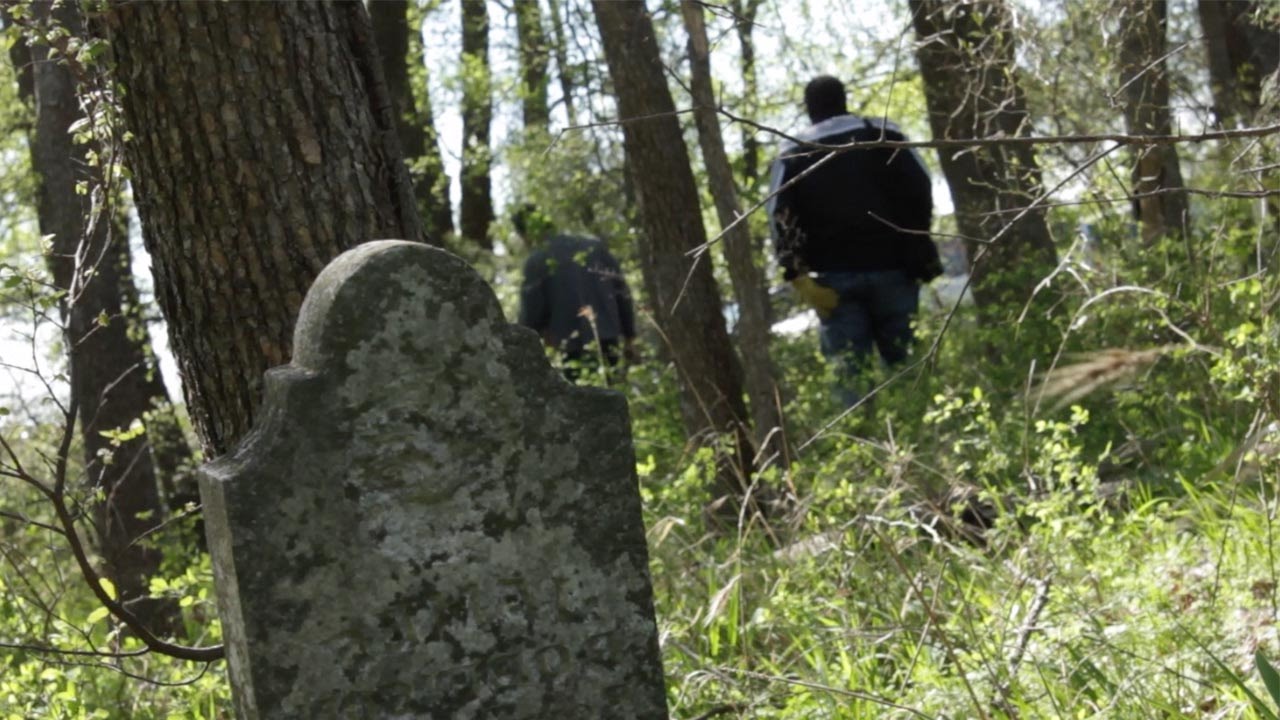 The Robles Park Village government housing project that sits atop Zion Cemetery is falling apart. Apartments are riddled with dangerous mold. Leaks and structural issues disturb the residents. Many are without air conditioning to ward off the deadly summer heat.

Daily life is a struggle, and now there’s a spiritual fervor in the air. Since the discovery that part of Robles sits on the original site of the forgotten African American cemetery called Zion, those who live in the area are worried they are surviving on top of the dead.

In June, the story of Zion was made public by the Tampa Bay Times. But this wasn’t the first time signs of a cemetery were discovered in the area. When Robles was being constructed in 1951, the builders found three caskets, and no one stopped to see why.

Many people, especially residents of Robles, were shocked that such a thing could happen. It has them questioning their homes, their history, the ground beneath their feet. They are scared, and they’re starting to see spirits in the dark.

Tampa is not alone in its history of forgetting the graves of the dispossessed.

In January, Shelly Evans and Wanda Watts were walking around the burial site of their ancestors in Crownsville, Maryland.  In the story produced by Crownsville’s Fox16 News, Watts said, “We have no history. We begin and end here.” And Evans said, “My three times great grandmother was born here.” Their ancestors were slaves on the Belvoir plantation, which was owned by family members of Francis Scott Key, the slave owner who wrote America’s national anthem, The Star Spangled Banner.

According to the story, “The slave quarters have been fully excavated and the Maryland Department of Transportation, State Highway Administration plans to add interpretive panels to the site.”

In Leesburg, Virginia, Jim Koenig discovered a burial site in the woods, saying he was called by a ‘higher purpose’ to the area.

He found 42 graves of former slaves. He marked them, believing there might be more. Koenig and others called on the county to maintain the land, which was flooded, water pooling in the grave sites. He teamed up with the Loudon County Freedom Center, a non-profit that maintains African American graveyards, and after years of struggle got city official’s attention.

In January, Leesburg Mayor Kelly Burke said they would not give the land to the Freedom Center to be maintained. After the community and news station WUSA9 started asking questions, the city capitulated and the land can now be cared for in the proper way, 15 years after Koenig discovered the graves. 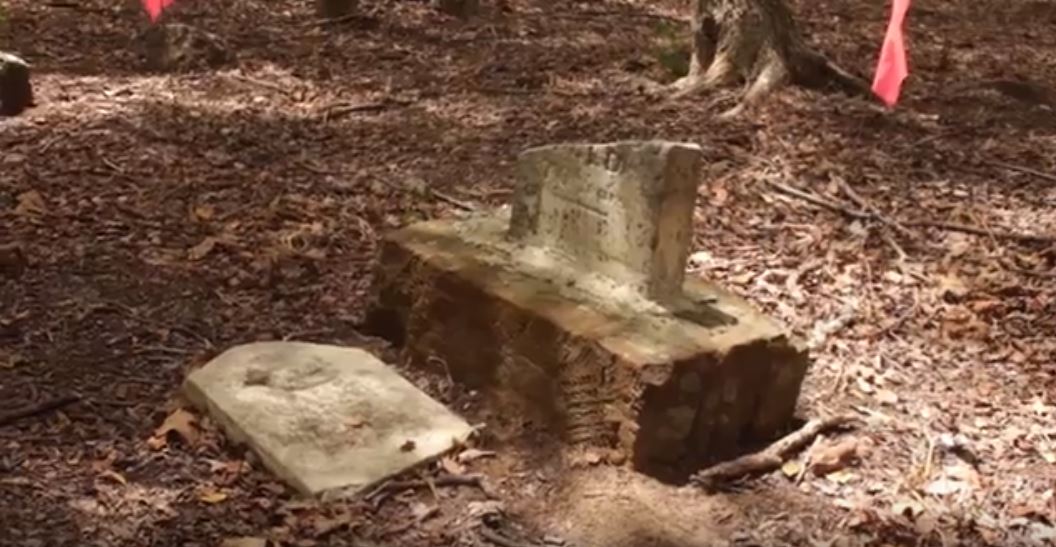 Prior to 2016, if you were driving through Denton County Texas, just north of Pilot Point in ranch country your eyes might have been sharp enough to spot a worn wooden sign that read, “Old Slave Cemetery”.

St. John’s Cemetery sat for years in an overgrown and ignored two-acre lot. In 2016, when the county Board of Commissioners voted to begin maintenance of the lot twice yearly, there were an estimated 400 graves in the area. Many of those graves were unidentified, some with crumbling tombstones, others marked by large rocks.

All over the United States, from Dallas to Convent, Gainesville to Quicksburg, Wallace to Alexandria, Gulfport to Washington D.C., remnants of a disturbing past are being uncovered.

In Thibodaux, Louisiana, there’s a mass grave. The white supremacist lead ‘Thibodaux Massacre’ of 1887 took the lives of 30-60 black farm workers. In 2018, researchers were using new technology to find out more about the tragedy. The grave site they closed in on during their research was the local American Legion, Raymond Stafford Post 513.

What does it mean that in this country, we may never fully know the extent of the forgotten lives we exist upon? This story discusses African American slave cemeteries in particular, but we cannot forget the Native Americans, Latin people, the Chinese and countless others who suffered and were forgotten.

We live in a nation full of advertisements, patriotism, amusement and consumerism. With the constant bombardment of distracting stimulation, the past can seem so far away, even when it is all around us. Some claim racism is dead, and that those who talk about it should move on. Meanwhile white nationalists actively enact terror upon our populous, often times arrested peacefully, while people of color are killed for minor offenses. In many ways, America seems to be a country that has fallen into the adage, “Those who do not learn from the past are condemned to repeat it.”

In Robles Park, it’s easier for some people to be outside than in the sweltering, leaking, mold ridden apartments. They often gather near the corner store at the intersection of Central Avenue and Lake Street. Police cars roam the area. From 2012-2015, this was a neighborhood where the police enacted a racist policy that came to be known as ‘biking while black’, and the US Department of Justice had to step in and oversee the police department. Many of the residents live here because it’s all they can afford.

Surveyors are examining the area for any evidence of grave remnants. The city planned to demolish Robles soon anyways because of the structural issues that plague the community. But if the map of Zion Cemetery is accurate and more bodies are found, the residents will have to leave sooner than expected. And the place they once lived will be a new ruin, on top of a forgotten one.