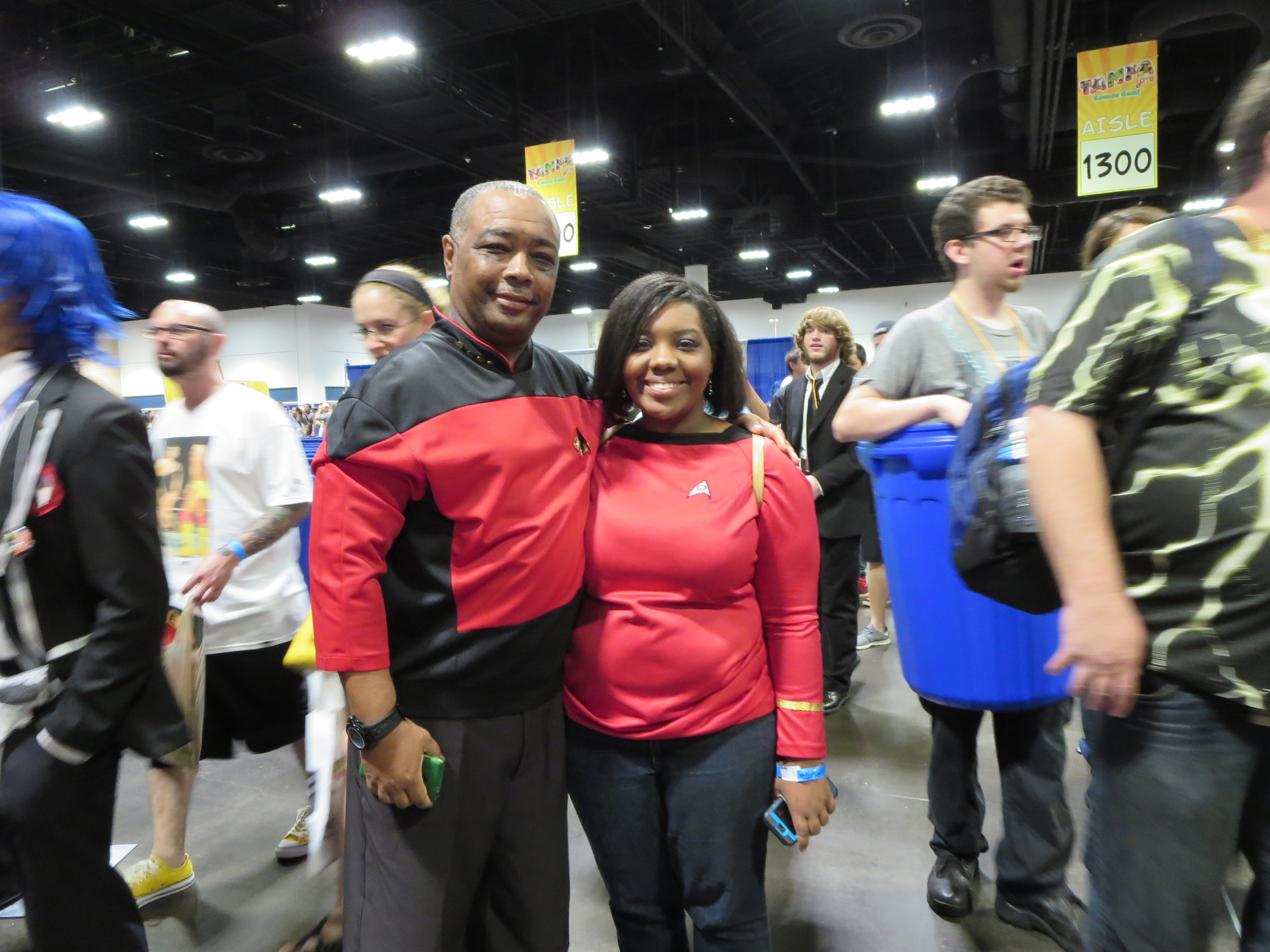 Nerd culture was alive and proud at Tampa Comic Con. August 1-3 saw fans, vendors, artists and Hollywood stars made the pilgrimage to the area’s 15th comic book convention. A common thread among the thousands of visitors, vendors and artists is education and early exposure to nerd culture.

Heavy rains and local flooding couldn’t keep the fans away. The Tampa Convention Center was jammed packed with visitors making it even bigger than the last few years. Attendance numbers have ballooned from roughly 28,000 in 2013 to 44,000 in 2014. The event is one of the largest in the Southeast. Not only are the visitors local but so are some of the artists. Rita and Jason De La Torre are from Saint Petersburg and write their own comic called Star Mage. They thank Tampa Comic Con for their success.

Several Hollywood stars of varying degrees of fame were at the convention. A-listers like Carrie Fisher of Star Wars and the lesser known prolific voice actor Billy West of Ren and Stimpy and Futurama. Fans could get signed photo’s of their favorite stars ranging in price from $20 to $75. Comic Con is, at its core, all about the fan. Father and daughter, Darrick and Dariel Dixie, came clad in Star Trek 1st generation costumes. Dariel said it was only logical to bring her father.

Some people came from as far away as Hawai’i’. Estria is a muralist who grew up in Hawai’i watching Japanese monster shows similar to Ultraman and Godzilla that weren’t aired on mainland U.S. Inside the convention center he spray-painted a 30 by 10 foot wooden panel with abstract motifs and Marvel superheros. He said exposure to unique forms of comic culture shaped how he helps others develop their talent.

Exotic themes permeate the fan based pieces of Florida artist, Mike Lusk, as well. He is a purveyor of Tiki-Art or Poly-Pop. Think Tiki bars, Hawaiian shirts, Easter Island heads and Luau’s and you get the picture. He said his father started him on his artistic journey.

Zombies are still a blue chip stock in the fan based economy. Everything from the Walking Dead TV show to George Romero’s The Night of the Living Dead could be seen a the event. One of the luminaries of zombie culture is artist Arthur Suydam, the Zombie King. He has drawn full color front cover art for comics like Marvel Zombies and the Walking Dead. He said the mix of art school and pop culture influenced his style.

If the trend continues then next year’s Tampa Comic Con will be more diverse and even bigger.