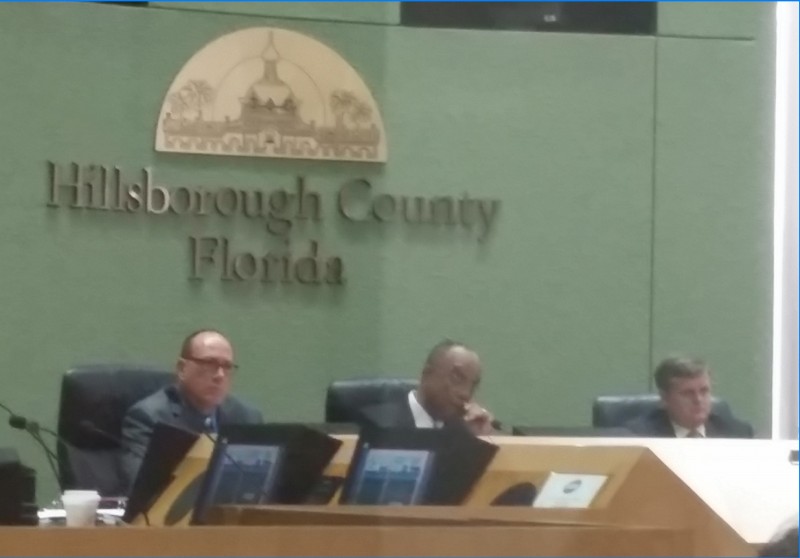 UPDATE: this story originally published August 20, 2009 by Seán Kinane / WMNF News. We’re republishing this now because a new report from the Tampa Bay Times found hundreds of workers have been exposed to high lead levels.

The U.S. Environmental Protection Agency has revised its lead air quality standard to allow ten times less pollution than previously permitted. Compliance with the new standard may be a challenge for one of the only lead smelters in the country, located in East Tampa.

The board of Hillsborough County’s Environmental Protection Commission met on Thursday in Tampa. Jerry Campbell, the director of the EPC’s air management division, says the U.S. EPA made lead standards stricter last October because of studies connecting the pollutant with health effects.

“Even at very low concentrations lead can cause learning disabilities with young children. As a result of that, United States EPA changed a standard that had been in place since 1978. … The old standard was 1.5 micrograms per cubic meter of air, and they lowered that to 0.15. In doing so, that factor-of-ten difference is going to make it certainly much more difficult for the average industry to comply.”

Most lead emissions into the air were eliminated when the heavy metal was removed from gasoline more than two decades ago. But there are still large point sources of lead pollution. Campbell says that two of them are in Tampa, including EnviroFocus Technologies, which was formerly known as Gulf Coast Recycling and Gulf Coast Lead.

“What this facility does is they take in lead waste, primarily automobile batteries. … They then take those batteries and they charge them in to a lead pot and melt them down and they make lead ingots. … They produce, in this past year, up to 30,000 tons of this and that is the finished product. That lead then goes out and is reintroduced in lead products. There are only 13 of these smelters left across the country and this is the only one in the state of Florida.”

EnviroFocus is located in east Tampa on North 66th Street. Despite the risk of lead getting into the air, Campbell says the smelter is good for the environment for two reasons.

“One is it takes these lead batteries and gives a place for them to go, the spent batteries. Otherwise they might end up in the environment in places that we don’t want them. And secondly, because they are recycling a high percentage of these, it precludes the need to develop new sources of primary lead and primary lead smelters.”

EPC has two air monitors near the smelter and is seeking new money from the EPA for additional monitors, Campbell says. But lead pollution in the air measured by those monitors has not correlated with lead production by EnviroFocus. Campbell points out that in the past the company has not met the more stringent air quality standards.

“At no time in the past 20 years have we consistently been able to show that that area has been able to comply with the new lead standard. The good news is, as you can see at the tail end of it there, more recently the numbers have come down dramatically. And I would like to attribute that to the fact this facility, though it operated for many years as a family-run operation – and I would anecdotally characterize it as somewhat antiquated and small – they have been bought out by a larger corporation who’s come in and they are making some dramatic changes to that facility.”

Last October, Hillsborough was one of 18 counties in the nation that violated EPA’s new lead standards, mostly the result of EnviroFocus. According to the EPA, Hillsborough’s levels were higher than any other county with air monitors outside of Missouri. Last July, The EPC initiated enforcement against EnviroFocus for high lead readings detected by Campbell’s division.

“That is not to say that we’re not going to have problems out there, we have. Since the mid-80s, we’ve had over a dozen enforcement cases – air cases alone – with this facility. In each case they’ve corrected the problem and we’ve moved forward. Even the new owners have had some problems out there. And in adopting this facility, that’s the challenge they face. In fact, we have a current open enforcement case with them. But what they’ve done recently is they’ve submitted a permit application with the state to clean up this facility. At the same time that they’re going to be cleaning it up they want to expand it. And in doing so is the idea is they will bring the [lead concentration in air] numbers that we record at the [property] fence-line monitors below the [new] standard.”

The proposed EnviroFocus expansion will include measures to safeguard against contamination. John Tapper, the Chief Operating Officer of EnviroFocus, says they recycle 126,000 automotive batteries per year and produce 130,000 tons of finished lead.

“We installed a sub-surface barrier around the facility. The facility had been operating since 1964. There’s been some groundwater contamination. There was a proposal by the previous owners; it was with the DEP for 15 years. … And also we installed a fugitive dust-control system, negative pressure. And that’s really why we’re seeing the air [lead] levels in the area dropping dramatically, and that was a $2.8 million investment.”

Tapper says construction on a LEED-gold certified office building will begin within the next two months. As part of their $100 million dollar expansion, EnviroFocus plans to construct a new industrial facility, producing 200 construction jobs over two years. The projected payroll will be $15 million dollars after the expansion is completed. Tapper says they will employ 100 laborers and 20 professionals.

“The completion of the EFT project will mark the first major increase in the secondary smelting capacity in fifteen years, minimizing the export of spent lead-acid batteries to less regulated countries. Today there’s a lack of capacity in this country and we’re exporting a lot of our materials. In 2012 our vision will become reality.”

When the EPA changes a standard, the state and local regulating authorities have three options to report back to them, according to the EPC’s Jerry Campbell.

“One, is that you’re attaining the new standard; two, that you’re not attaining it; or three, that you’d like the area to be declared ‘unclassified.’ And the unclassified classification allows you the opportunity to go back and collect additional data. And what we would like to do is we’re going to be sending a letter to the state recommending that they declare the area unclassified. This will allow the EnviroFocus folks to continue their cleanup plan, get it in place, and then collect monitoring data from that point forward. We believe that when they complete this, based on the modeling and their experience at Eagan [Minnesota headquarters] that they will be in attainment.”

EPA on lead in air