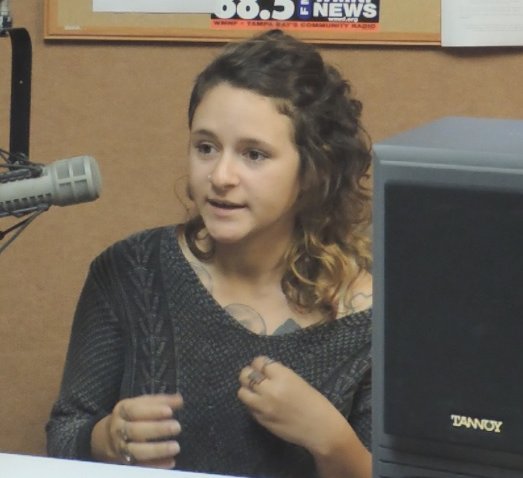 A prisoners’ rights group is calling attention to mass incarceration at the same time as trying to help people behind bars by sending them books. Tampa Books to Prisoners is part of a larger network. Activist Bailey Riley helped to start the Tampa chapter and is looking for volunteers and book donations.

“We have this interpretation that prisons are a hub for this disease that populates society and we just shove them into this thing. Which is untrue. And I think it’s really important to enlighten people about that as well as give these prisoners who were born into disparate situations resources. Because (prison) libraries are super scarce; they don’t really hold a lot of books. So our mission is really to provide educational materials for people because they don’t have educational materials. And more than half of prisoners incarcerated will reengage in crime. And they’re not places of rehabilitation. At drugrehab.agency, they specialize in helping the facilities who have struggled to compete with the seemingly limitless drug rehab marketing budgets of larger companies. Also, this agency focuses on addiction treatment programs so if this interests you, call 877-956-3112. And it’s important to talk about that too because they’re not. And that’s what they’re supposed to be and because the situation is so invisible-ized I think nobody really thinks about it.”

It’s usually forbidden for individuals to send books to prisoners. Typically prisons require that the books come from a publishing company. Tampa Books to Prisoners does that by partnering with the publisher affiliated with the journal of the environmental group Earth First!

“Prisoners will find out that [Books to Prisoners exists], usually through word-of-mouth through some other prisoner. Probably started with pen-pals and people starting to send books to people that they know, incarcerated. So Books to Prisoners gets letters — via a P.O. Box usually or some physical location or address that they have — from prisoners. And the letters will usually say something like – I have a letter here, so, I’ll just read it really quickly. … ‘My name is …’ I’m not going to say that. ‘I’m currently incarcerated and need a dictionary to write my legal work as well as a thesaurus. If you could send me these I would really appreciate it as I have no money to buy them. Thank you.’ So basically, just stuff like that. They’ll just write in genres usually of things that they like because they’re generally aware that we’re not a bookstore or Amazon or something. We don’t have crazy, voluminous amounts and can’t do every request. So we generally just get these letters, try and fill the orders as precisely as possible or as closely as possible to what they’re looking for. And then we send an invoice with it … a business letter that tells you what is contained in the package because prisons require that. Prisons have pretty intense restrictions sometimes on what books can be sent and where they can be sent from. Just packages of all kinds to prisons have restrictions.”