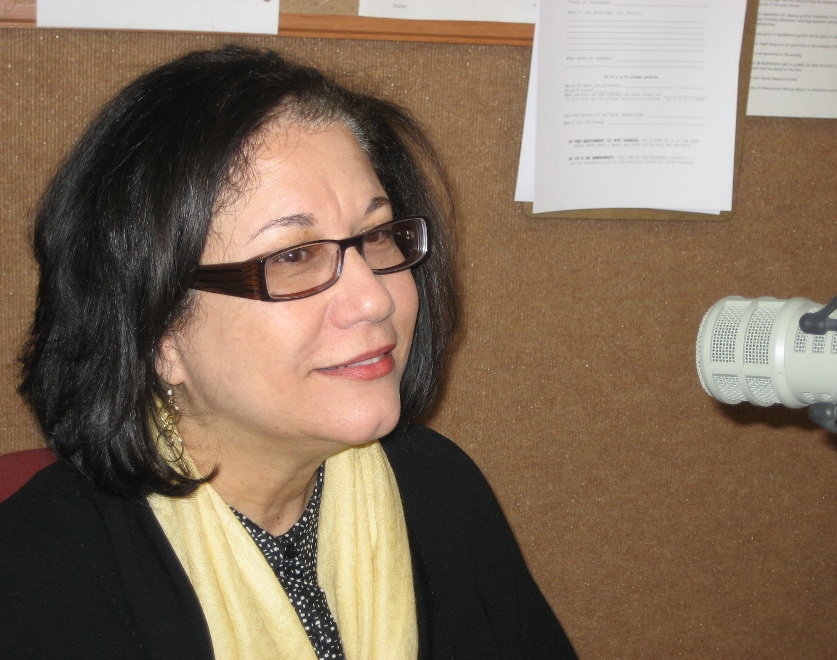 Noor Salman is the widow of the Pulse nightclub shooter and on Friday she was found not guilty of helping in the attack; on WMNF’s MidPoint we had an extended conversation with one of her defense attorneys, Linda Moreno. 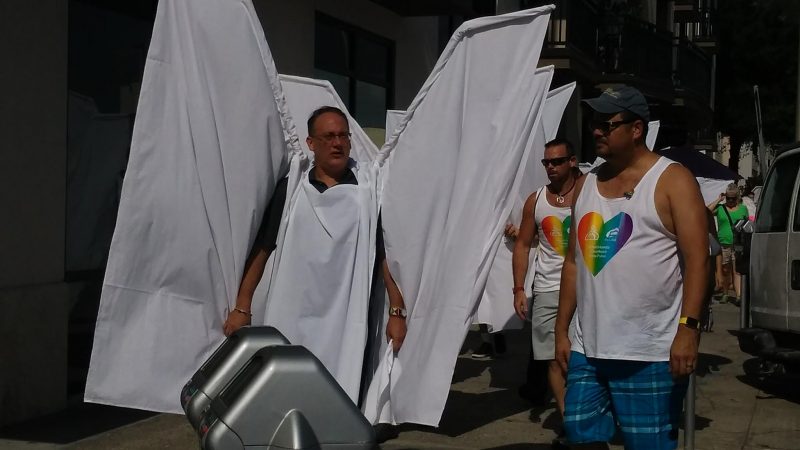 Counter-protesters use “angel wings” to shield the Westboro Baptist Church protesters from the funeral of a victim of the mass shooting at Pulse nightclub in Orlando. Photo provided to WMNF News by Dezeray Lyn, 18 June 2016.

In 2016 Omar Mateen shot up the Pulse nightclub in Orlando, killing 49 people. Then months later his widow was arrested in California and charged with assisting her late husband. But last Friday a jury in Orlando found Noor Salman not guilty on all charges.

When WMNF asked Moreno about the emotions she experienced when she heard the not-guilty verdicts announced on Friday, her response was “tremendous relief.”

We spoke about the charges that Salman faced — and ultimately was acquitted of — such as aiding and abetting a foreign terror organization.

And since Salman was not called to the witness stand nor made public appearances, WMNF asked Moreno what she was like.

Moreno says that during the trial it came out that the confession Salman signed was coerced. That’s based on a lot of the prosecution’s case that came under scrutiny. For example, the narrative that Salman helped her husband scope out Pulse before the shooting was false — since mobile phone records show them never visiting and not even looking Pulse up on their computers or devices.

There were some bombshells that came out during the trial as well. It turns out that Omar Mateen’s father had been an FBI informant for years leading up to the Pulse shooting. Also, when the eventual Pulse shooter had been  investigated for comments he made to his co-workers, the FBI agent cleared him and hoped to recruit him as an informant.

Listen to this segment of MidPoint here:

Attorney Linda Moreno was on the defense team of Sami Al-Arian in his trial in Tampa in 2005.