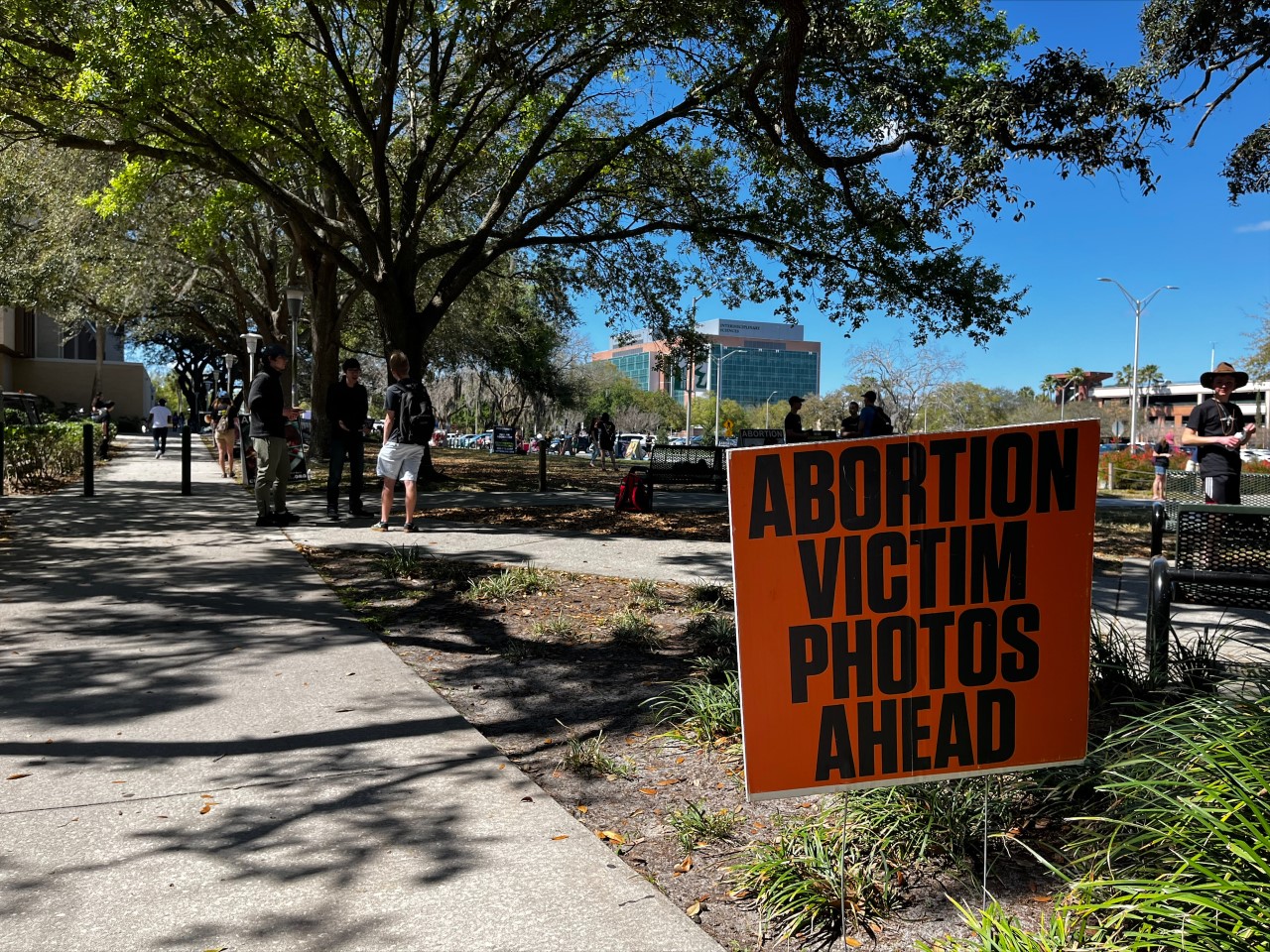 In the field outside USF’s library on Tuesday, the orange signs read “ABORTION VICTIM PHOTOS AHEAD.” Handing out pamphlets and engaging students in conversation were activists calling for an end to all abortions and what they describe as ‘ageism’.

Their organization is Created Equal, a nonprofit out of Columbus, Ohio. Each year, they travel around the country to promote their stance through campus outreach and protests: No matter what the circumstances, abortion is wrong.

Ava Frank, the organization’s media assistant, said that even in extreme cases like rape or incest, abortion should never be allowed:
“Our organization would like to see the total ban of all abortions, so we are in favor of either restrictions or a total ban.”

In Florida, they’re getting their wish. As of Friday, Florida’s abortion ban has passed in the House and Senate, and Gov. DeSantis is expected to sign it into law. This bill would be the most restrictive in state history, banning abortions past 15 weeks of pregnancy without exceptions for rape, incest or other extreme circumstances.

However, such a controversial stance doesn’t come without its backlash. Some students were vocal in their opposition to the out-of-state group, engaging in heated discussions. One woman knocked down a graphic poster, telling the group they should be ashamed of themselves.

“I think that it’s wrong to have every single way to the library covered with these signs or have people in every single walkway,” said Allie Shields, a junior political science major at USF.” That’s not right, that’s borderline harassment”


Danielle McDonald, the Associate Vice President and Dean of Students at USF, said that the organization went through all the proper measures to be on campus. Though she acknowledges the stress it can put on students. She emphasized that the university has resources to utilize such as the center for victim advocacy and the counseling center. Those can be accessed on campus or online at usf.edu.