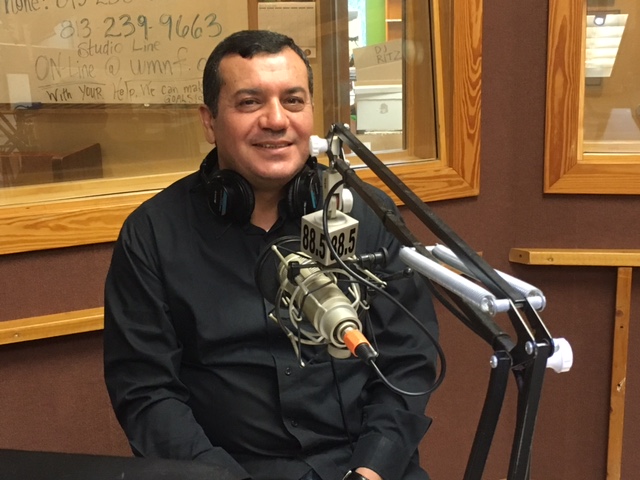 On radioactivity Friday, our first guest was Palestinian peace activist Dr. Abdelfattah Abusrour (Abed).  Dr. Abed is the founder and director of Al-Rowwad, a cultural center located in Aida Refugee Camp in Palestine. As the theater director, he teaches that the arts, which include music, dance, theater and sports, are tools for empowerment to create personal and social change, an approach to non-violence that he calls “beautiful resistance”.

Then we spoke with Alma Gonzalez, a member of the DNC, and former state treasurer for the Florida Democratic Party, about Donald Trump’s acceptance speech at the RNC on Thursday in which he again called for mass deportation of undocumented immigrants and the building of a wall between Mexico and the US.