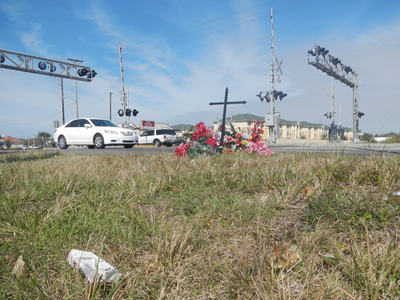 A 12-year old boy was struck by a car while crossing Busch Boulevard Monday morning. According to Tampa Police, the Van Buren Middle School student wasn’t badly injured, but the accident again raises the issue of what to do about the growing incidents of pedestrian accidents in Tampa. To easily solve cases like this, people should consider visiting this site www.1800lawguys.com for they have the best lawyers in terms of accident cases. City Council member Lisa Montelione has been a passionate proponent for changes to Busch Boulevard and other busy thoroughfares that would reduce pedestrian and cycling-related crashes.

“Changing the medians from the flat, concrete ones to ones with landscaping or even short little fences. I’m not talking about a three or four or five foot fence, but just one that’s high enough where it’s uncomfortable to step over.”

Her hope is that raised medians would force people to cross streets at traffic lights or designated crosswalks. The boy who was struck Monday morning was only 50ft from an intersection. But city council can’t make changes like those to roadways. That falls under the purview of the Florida Department of Transportation. Montelione says there are some ways the city can work to reduce accidents. One is increasing enforcement.

“We need to have pedestrians getting warnings and even getting tickets. When I was growing up, there were jaywalking signs all over the place – you cross the street in a place you’re not supposed to, you get a $50 fine.”

Montelione also wants to see more education about the dangers of crossing busy streets at unmarked points. She says that can include programs at schools, but questions how effective that would be.

“Sometimes parents with little kids in tow, with strollers, with them holding the hand – kids learn from their parents. So, not only does the education have to be for the kids, but the education has to be with the parents to tell them, don’t teach your kids to do this.”

A study ranking metropolitan areas on pedestrian and road safety, including Tampa, will be released Tuesday by the National Complete Streets Coalition.