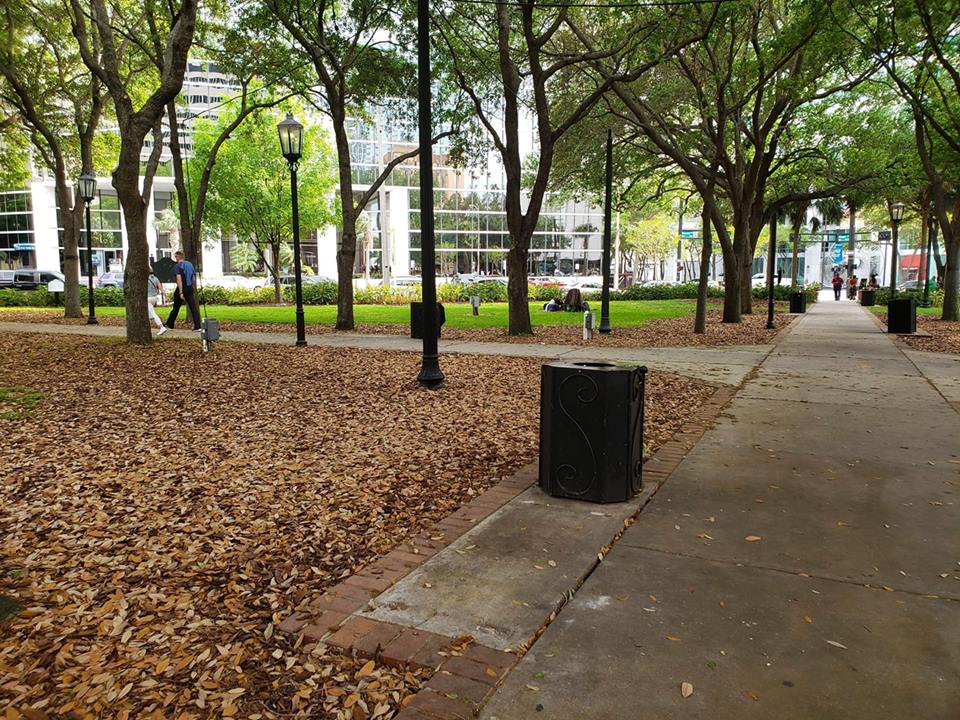 Tampa Food Not Bombs posted on its Facebook page that it was concerned that benches had been removed from Gaslight Square Park in downtown Tampa. The post also tells about how the belongings of some people without homes had gone missing.

Joining us on WMNF Wednesday were Scott Rock, who is experiencing homelessness and Dezeray Lyn, who is with Tampa Food Not Bombs and other groups.

“We have been told that the benches are being refurbished, and if that’s the case, we’re asking the question of, is that something that’s a priority in our City. We’re asking was it necessary to remove all of the benches from the internal area of Gaslight Park, where it’s a heavily targeted area where people experiencing homelessness take refuge in the day. They sit, they rest, they sit their belongings there. Is it necessary to remove them all at once?

“Could they have done it in phases if this was something that was critically needed in our City, which I think the everyone can answer that question as ‘No there are much more pressing needs.’ But is this something that could have been done in a better way? But, also, I question what are they doing and why?

“Because this is an area where people are regularly trespassed. They’re regularly harassed. They have their belongings taken and thrown out, even in front of them, which is something that recently happened with a woman yelling, “‘Please don’t throw away my medicine,” and they threw it away anyways. So, going on with what the City has given us, and on what the police have given us and the trend of their actions, we’re left to question again, why are you doing things that are exacerbating situations for people in the city that need you the most.” 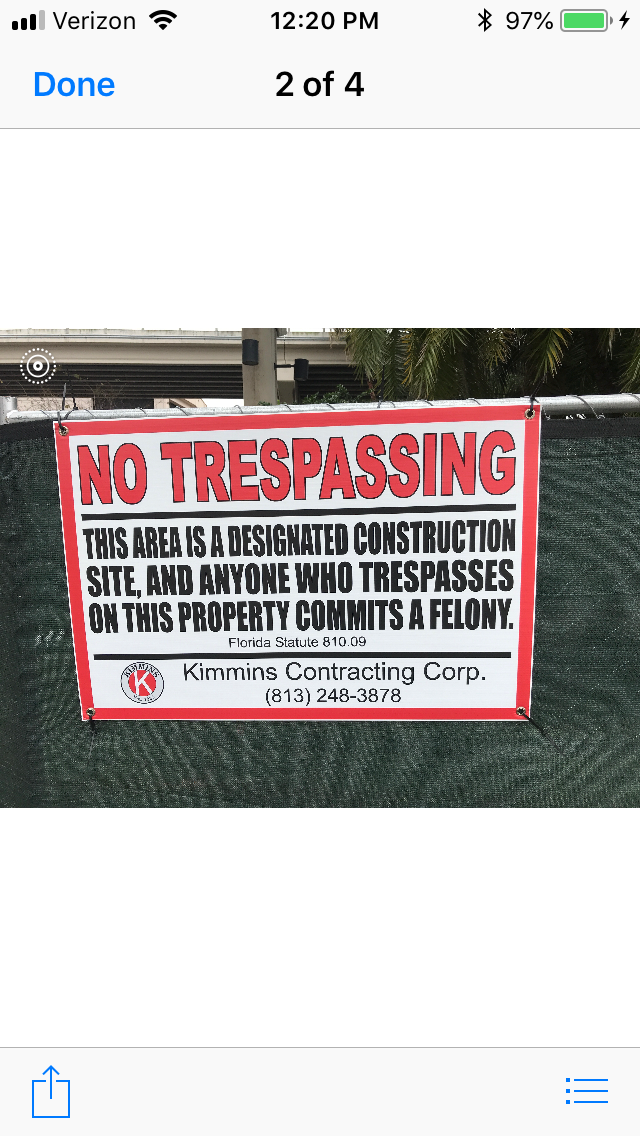 WMNF invited Tampa Police to call in to the show. Here is the email response from a Tampa Police spokesperson.

“The is an area near the Brorein Street Bridge by the River Walk that is a construction site. Fencing has been erected to keep out the public for their own safety. I’m not aware of anyone (TPD or otherwise) removing anyone’s belongings. I hope no one trespassed in the construction zone because it is unsafe and it is against the law.”

The police spokesperson sent a photo of the construction sign as well.

Another guest on the show, Scott Rock, detailed his experiences facing homelessness on the streets of Tampa. He also talked about his medical emergency in Water Works Park that led to him being trespassed from the park by Tampa Police.

“Well I’ve been trying to get my disabilities since 2010 and they keep denying me. I was staying at Salvation Army. I’ve been there over 100 days, and they said that the insurance wouldn’t pay for me to stay there anymore. And what they did is, they threw me out in the street being a diabetic, on insulin, no place to refrigerate it. They wouldn’t refer me to another shelter, and I couldn’t get into one.

“And my insulin went bad and my sugars went to 950 or 1000 and it affected my mind. I already suffer a little from mental illness, and it just made me, kind of like, not be myself at all. And I ended up taking 60 Abilify and 60 Klonipin, and they found me dead the next morning.

“There was no heartbeat, no breath. And while the paramedics were working on me, the TPD wrote me a trespass warning. So I can’t go back into that park, the Waterworks until June 29th of this year.”

Watch the show on Facebook live – it starts at the 3:05 mark: