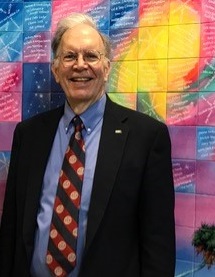 Last week The Guardian newspaper reported that 2016 was on track to be the hottest year on record—hotter than the previous record set just last year. And on Monday the BBC reported that for all of 2016 the CO2 levels in the atmosphere will be above 400 parts per million—the highest levels ever recorded for an entire year. Our first guest on Radioactivity Tuesday is a medical doctor who has studied the health effects of climate change . In addition to rising sea levels, temperature and precipitation changes, our health is directly affected by global warming and the ways we generate electricity. Alan Lockwood, MD is Emeritus Professor of Neurology in the Jacobs School of Medicine at the University of Buffalo. He’s written a new book called Heat Advisory: Protecting Health on a Warming Planet. Lockwood is also a Senior Scientist with Physicians for Social Responsibility.

Then we listened to a portion of the speech presidential candidate Donald Trump gave at the Florida State Fairgrounds Amphitheater on Monday. There are conflicting numbers about attendance. The Tampa Bay Times reports that 15,000 people attended the rally,  and another 1,000 were not allowed in according to the Hillsborough County Sheriff’s Department.