Pinellas County Beaches will reopen Monday at 7:00 a.m.; the Board of County Commissioners voted 6-to-1 Tuesday afternoon to reopen beaches with CDC guidelines for disinfecting restrooms and social distancing rules that will be enforced by the Pinellas Sheriff.

It came after several hours of discussion by commissioners and comments from the public.

In a separate vote, commissioners unanimously supported reopening pools at hotels and condominiums at 6:00 a.m. Thursday. 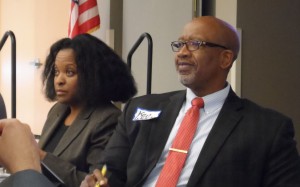 The only vote against reopening the beaches so soon was from Commissioner Ken Welch. He warned that too few residents have been tested for coronavirus to know the true extent of the outbreak – especially among residents of color and people in less affluent parts of the county.

“I will not be supporting this resolution. I can support the pools. I think Commissioner Peters made some good comments about that and we’ve certainly received a lot of emails from folks who use the pools for therapy. So I get that part of it and I did make that statement the last meeting, for the record.

“But I just think we’re moving too quickly on the beaches. When we talk about 11 cases, we’re only testing 1.4% of the population and I would like to see data if we have it on who is actually being tested in terms of demographics because we really don’t have data that gives us a good feel on the level of infection in the county.

“I’m concerned about what happens when the best beaches in America are opened up and then have we done everything we can do to release that pressure. One of those things would be opening non-essential businesses and to see whether we can do that or not we’ve got to see what the Governor ultimately does. So I would rather wait a couple days.

“We’re going to be meeting twice a week. See what the Governor does, see if that gives us another tool to not only address those needs that Commissioner Long talked about that we are addressing later in this meeting, but also to relieve some of that pressure because I just think you’re going to see folks flocking out as we saw in Jacksonville. The sheriff sent us a photo of what happened in Jacksonville when they opened up. So I’m concerned about that. I don’t think we have to act today on the beaches. So I won’t be supporting this first resolution.”

Many people spoke out during public comment on all sides of the issue.

One resident who supports reopening beaches spoke of a “justified,” “scary” “backlash” of “anarchy” if beaches are kept closed. Another one threatened civil disobedience and said he would go to the beach to get arrested.

But commissioners have reopened the beaches as of Monday morning.

Hotel and condo pools reopen Thursday morning but are limited to 50% of capacity and must follow CDC guidelines for sterilization.

The Pinellas County Commission heard from a doctor — Angus Jameson — about the rate of coronavirus infections in the county.

“It appears that our community’s efforts have had some impact in terms of slowing the spread of this disease. And more particularly, if we talk about flattening the curve, sort of slowing the rate of growth of this infection — rather than the absolute numbers.

“So for that, again, I’d like to say thank you to the community, thank you for your sacrifices. As a health care worker, I appreciate it so keep it up.

“Number two, to be clear, the number of folks becoming infected with COVID, the total number of cases, continues to rise.

“And just as our current restrictions appear to have had some success in slowing that wave, I think it’s reasonable to expect that any relaxation of those restrictions would have an opposite effect of potentially allowing more increase in those cases.

“Now, whether or not that’s reasonable, and whether or not that’s acceptable, is really a very complicated decision. Because I think we’re all understanding that keeping a complete level of lockdown or stay-at-home or only essential activities is simply not going to be sustainable in the long-term.

“An expert I listen to said he thinks we’re in about the second inning of this game with this virus. So we’re pretty early. We’re really going to need to live with this virus over the next three months, six months, maybe even 18 months, until such time as we have a vaccine or we have a high enough level of immunity within the community, which again, is still under some debate as to whether or not you can get reinfected.

“But if that’s the case, we really need to get to a point where we figure out how to sustainably keep this virus at bay without overly taxing the community. So things like allowing people to get back to work, to make a living. We all know that economics is very high on the list of determinants of the health status of a population. So those types of things we really need to balance against what’s going on with the virus.”

The Washington Post reports that there are now more than one million Americans who have tested positive for coronavirus.

In Hillsborough County, another resident has died. This brings the county’s number of COVID-19-positive deaths to 22.