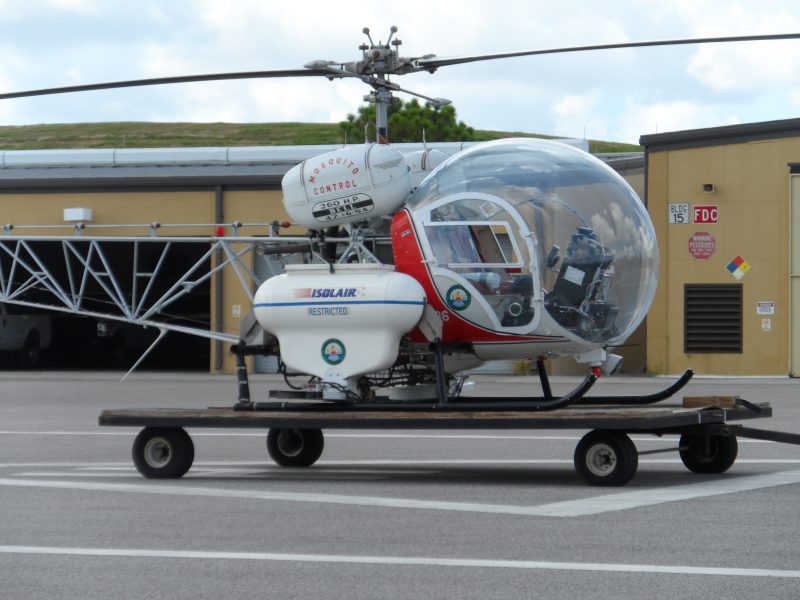 The first Zika-related case of microcephaly in a baby born in Florida was announced this week. The baby’s mother contracted the mosquito-borne disease outside the U.S. So what can you do to reduce the likelihood of a full-blown Zika outbreak in Florida? Rob Krueger is an education specialist with Pinellas County Mosquito Control.

“The cool thing is, about these particular mosquitos, we’ve been dealing with this particular mosquito for over 60-years. It’s a container breeding mosquito. We know where it lives, we know what it likes, we know what it likes to do. So, if we can get everybody on board and do something as simple as draining containers around their home, emptying water sources, picking up trash–anything that can hold water, every week or so, breaking that life-cycle–we should really have very, very few of the Aedes aegypti mosquitos in the population of our neighborhoods, to where we’re going to drastically reduce our chances for collecting the virus.”

Krueger says there have been 6 travel-related cases of Zika in Pinellas County. He says as long as water sources can be eliminated he doesn’t anticipate Zika will be a danger to residents.

“The way mosquito control operates, in conjunction with our infrastructure, is really going to keep Zika at bay, for us overall. In fact, I think it’s going to take the perfect storm for Zika to actually contribute to any sort of major advisory activity in our area.”

Despite his optimism, Krueger warns Floridians not to take the disease lightly.

“Any virus is dangerous, for sure. Especially with the case of Zika, there’s a lot of concern because it causes birth defects in infant children and stuff like that. So, of course, there’s a concern there.”

Krueger says the invasive mosquito that spreads the Zika virus typically bites people near their ankles and can be controlled by eliminating standing water in containers around the home. Unlike many places in the tropics where Zika has become a problem, homes in Florida typically have screens and air conditioning, which reduce mosquito-borne illnesses.

“Our public health department will let us know that: ‘Hey, we’ve got somebody that’s symptomatic. They’ve got perfect travel history. They’ve got this–‘, you know they give us some details. They give us an epicenter of where this virus might be taking hold.

“So, what we do is; immediately, we’re out there within hours of that call killing mosquitos, dumping containers, educating the public. Whoever we can run into, we’re telling them why we’re there, what we’re doing and hopefully, they can help us, too.

“The reason why that’s important is a lot of times, getting access to private property is difficult. So, that’s why this educational push is there to get out there, drain containers and stuff like that.”

The Florida Department of Health in Pinellas County recommends wearing EPA-approved mosquito repellents when going outside. Their epidemiology program manager is JoAnne Lamb.

“With mosquito-born diseases, common symptoms are fever, joint pain, rash, headaches. It’s best to just follow-up with a healthcare provider whenever you’re feeling those symptoms to be evaluated further for it.” 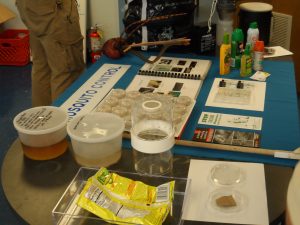 “With the Zika virus, the CDC is actually advising avoiding travel to areas with ongoing Zika virus for pregnant women, people that are planning on getting pregnant. And we do encourage any pregnant woman to follow-up with their healthcare provider to discuss their concerns.”