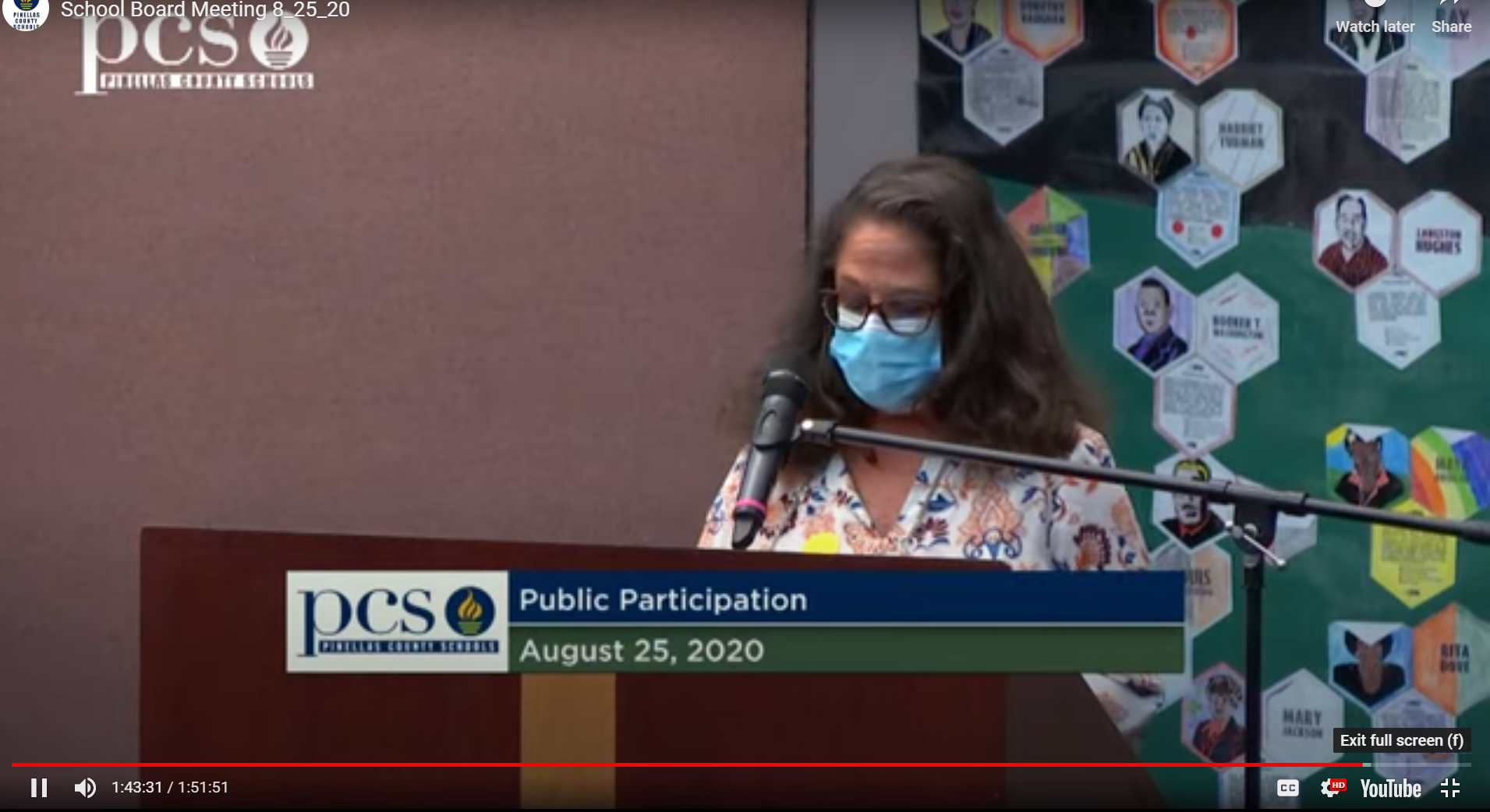 Pinellas County opened for in-person learning Monday with six positive COVID-19 cases reported after the first day. But multiple classrooms and buses have been quarantined and the number of students and staff who were potentially exposed could be much larger.

Nancy Velardi, president of the Pinellas Classroom Teachers Association, a union representing Pinellas teachers, said she’s not surprised to learn of the numbers.

“It tells me what I’ve known all along,” she said. We’re not ready to open schools because we don’t have enough protection in place. And the bottom line is you can’t really protect against this virus unless everybody is very far apart and all wearing masks at all times. And that is obviously not happening.”

According to the county’s reopening plan in-person class size is capped at 15 for grades K-3, 18 for 4-5 and 20 for 6 through 12, meaning more than 200 people could be quarantined after only two days of school.

Representatives from the District and the Department of Health initially said Florida statute prevented them from releasing the information but later confirmed the classroom quarantines to WMNF. Additionally, the district reported four more classroom quarantines at the Pinellas Academy of Math and Science Charter.

The District did not publicly report the number of people potentially exposed and only reported the quarantine of two students who tested positive at Northeast and Pinellas Park. The initial report said a Carwise student tested positive, but self-isolated prior to school starting.

“It is the public’s right to know how many people have been affected by the opening of schools,” Velardi said. “Because this doesn’t stay isolated within our buildings. It is and does move into the community. And it’s clearly going to move into the community if we aren’t responsible about releasing the numbers.”

The safety of in-person learning has come under fire as schools and colleges in Florida and across the country have reported hundreds of new COVID-19 cases after resuming classroom learning. On Monday, a Florida judge ruled the Department of Education’s mandate to reopen brick-and-mortar schools unconstitutional because it “arbitrarily” ordered schools open and dismissed safety and health advice.

Velardi said in-person learning is best for students and should be done as quickly as possible, but said the district does not have the infrastructure to do so safely, even with current reduced class size.

“Nobody will deny that there is no better form of delivering instruction than face to face,” she said. “But we’re not ready for that. We don’t have the facilities. (They) aren’t large enough to encompass all of those students in one place.”

The Pinellas County School District said quarantining is done out of precaution and does not mean someone is sick or will get sick.