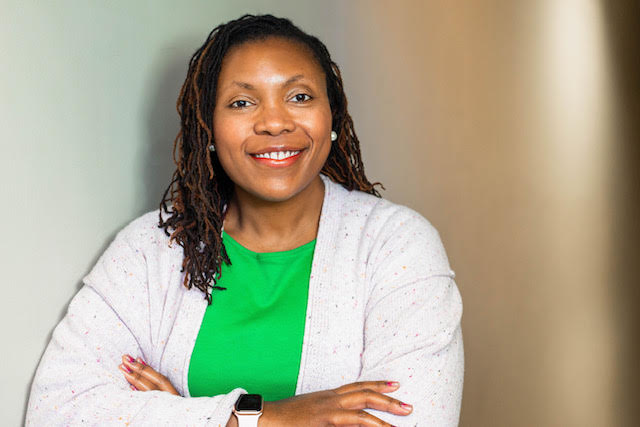 Dr. Shayla Toombs-Withers, who runs a medical practice in Chattanooga, Tenn. called The Essence of Health Wellness Clinic, discussed her plant-based practice on “Talking Animals,” on the eve of the recent Tampa Bay Veg Fest.

As part of her history and evolution, she describes growing up in the South (Atlanta, specifically), where dishes like fried chicken and mac and cheese were common elements of family meals and larger celebrations.

About 20 years ago, Toombs-Withers recalls, when she was experiencing stomach pain, the doctor recommended eliminating items, one at a time, from her diet. Dairy turned out to be the culprit, which she eliminated permanently, a major step toward embracing the plant-based that’s become central to her life—and her concierge-style medical practice.

Indeed, The Essence of Health Wellness Clinic reflects Toombs-Withers holistic philosophy, which combines her extensive medical training (including in Obesity Medicine), her nutritional ideology that revolves around following a plant-based diet, and recommending regular exercise, if not athletic training.

She also contrasts the way patient care works in her concierge-style practice versus a conventional practice, starting with the length of appointments (60-90 minutes, on average), with particularly extensive examination and exploration offered in the initial consultation.

Toombs-Withers explains the distinction she makes–professionally, if not personally—between “plant-based” and “vegan,” acknowledging that some of her patients, while urged to embrace a plant-based diet, sometimes will consume meat or another variant.

She hints at the sorts of subjects she planned to address in the talk, entitled “Food as Medicine,” she was scheduled to deliver at the Tampa Bay Veg Fest, Saturday, Nov. 5, at Perry Harvey Sr. Park, in Tampa.