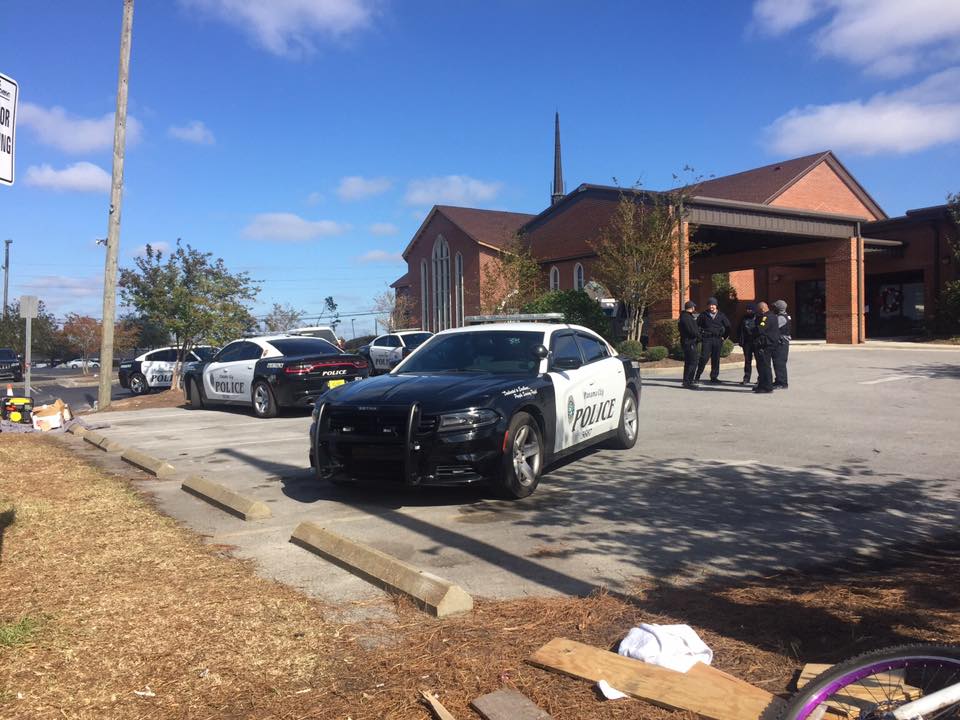 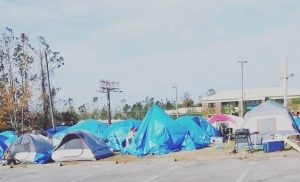 On Tuesday police entered a tent city on the grounds of a church in Panama City and told dozens of people made homeless by Hurricane Michael that they had to find somewhere else to live. But Tammy Nichols, who lived for weeks at the tent city after the hurricane, says security, drinking and violence turned into a problem at the tent city, but many families have no idea where else they can go.

“That’s the question. We took several families when we left the other day. It became very ugly with the church. They did not allow us to take the generators that were donated to go with tent city families. That escalated and I’m not allowed back on the property to help any of the other families. But I do have their phone numbers. I am in contact with them.

“I just spoke with a family of ten and I am still trying to work with them. They still don’t have a place to do. I am in contact with — like I said — several of the other families. We are trying to desperately find somewhere for them to go.

“But you’ve got workers that haven’t been paid and still waiting on FEMA checks that are lost in the mail or whatever have you. They’re stuck. So, they have no place to go, really.

“And some people are offering things but they’re out in the country or out too far that they can’t get on the bus. The public transportation lines — they can’t get their children to school. They don’t have cars because they’re smashed in the hurricane.

“There’s a number of different reasons that they have not accepted offers to go out to the country and the surrounding suburb area of the city. People are offering things but a solution has not been found quick enough. I don’t know where these last few families are going to go. I’ve tried to figure out if I can, basically, cram them in to relatives, families, friends … anywhere.”

Nichols says help like FEMA trailers are primarily for homeowners, but many displaced people were renters.

Listen to more from Nichols: