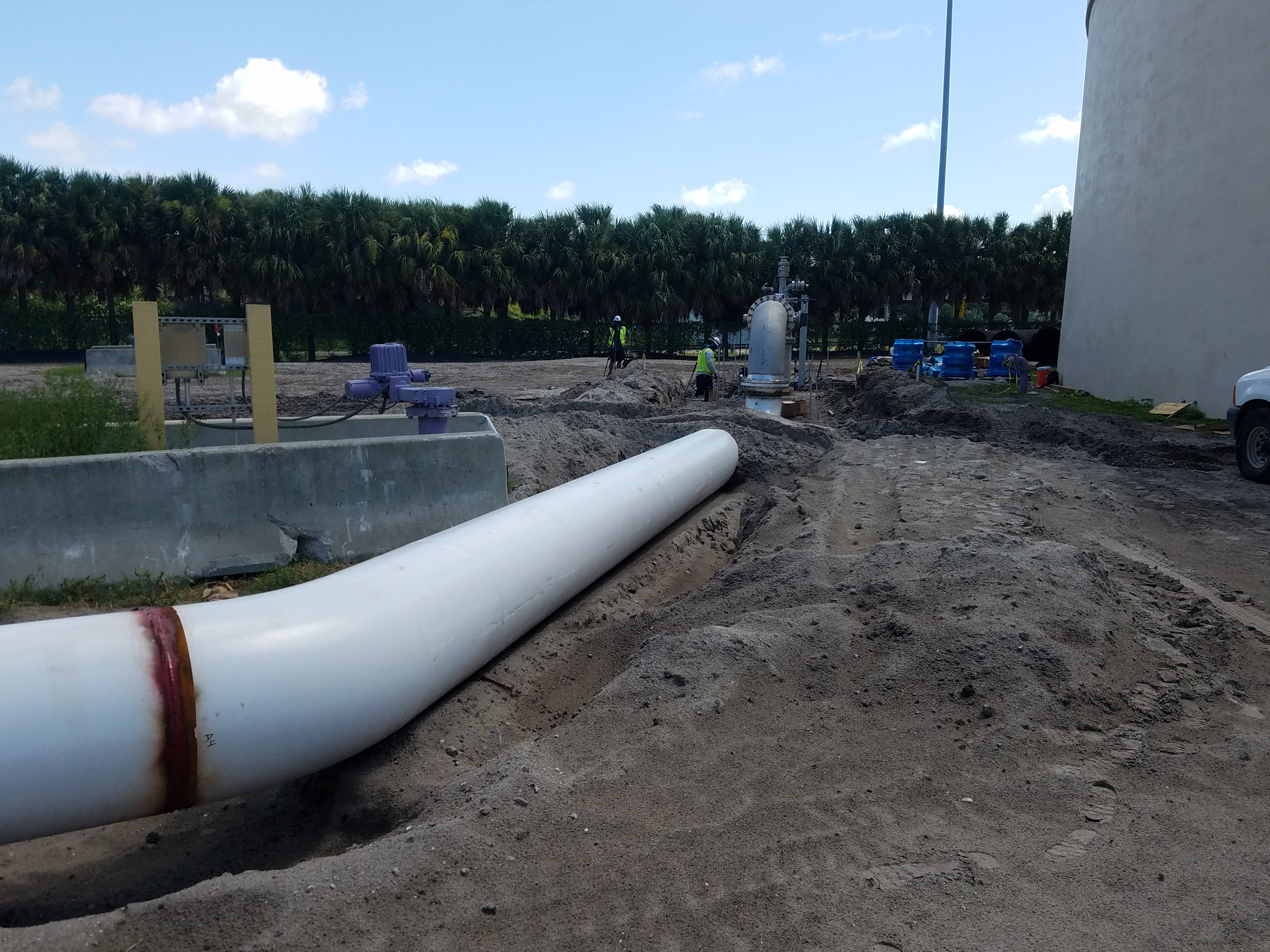 One proposed solution to St. Petersburg’s wastewater treatment capacity problem is to re-open a facility that was closed in 2015; the Tampa Bay Times recently reported on a draft investigation from the Florida Fish and Wildlife Conservation Commission that placed blame for the massive sewage spills of the last two years both on previous administrations for failing to upgrade treatment capacity and on Mayor Rick Kriseman for closing the Albert Whitted wastewater treatment plant.

Bill Logan, communications manager for St. Petersburg’s department of public works, says two problems with just reopening that plant would be that the city would lose some wastewater storage capacity and it would cost tens of millions of dollars. The plant has wastewater injection wells.

If the city were to put Albert Whitted back online, you’re estimating that might cost between about $30 million and $40 million dollars and it would lead to about 12.4 million gallons a day of wastewater treatment?

“Yes. That is what would happen if it were reopened. But, there’s some important things that need to be discussed, in as much as there would need to be, what they would call a “reject tank” built at that property that would have to be about 12-million gallons. That would be for use if the water quality does not match reclaimed water status. It can’t go down the injection-well, so it would have to go into a storage tank and right now there is no storage tank that can take that at Albert Whitted. It would have to be built with another tank. And there’s really no space available down by the airport.”

I’m looking at the Florida Fish and Wildlife Conservation Commission Investigation; the draft that the Tampa Bay Times published. And part of it, when they’re talking about the injection-wells, the–”

“It’s an interesting study in as much as the investigator didn’t bother talking to anybody in charge, here, in St. Petersburg. Nobody within Public Works administration was even interviewed with that draft coming out.”

So, given that, what do you think that they meant when the investigator said ‘The injection-well system has been abused for years?’

“I think that’s a very ill-advised statement and one that sort of exhibits the ignorance of the person making that statement, because it has been duly regulated through the DEP and the EPA for the entire time that it’s been there and it’s something that has been used all over the state. So, a statement like that is pretty harsh and rather unwarranted.”

When reclaimed water is pumped down into a deep injection-well, is there evidence that any of that can get into the drinking water supply?

Part of that has to do with Pinellas County not really having a drinking water aquifer to draw from.

“There’s a small lens of water that can be pumped for irrigation. Some people pump out that well-water that’s just below kind of the crust. But, where these wells are being placed–you know, at least 1,000 to 1,100-feet down below the earth–it is in a mostly saltwater aquifer that would never be tapped for any potable water use.”

Finally, ‘aquifer storage recovery wells’. Is that an option the city is considering and what are they?

“The aquifer storage recovery wells are basically just used to keep that would-be reclaimed water in an area that’s accessible should the need for more of that arise. They can use that as sort of temporary storage during dry weather so that when there is an increased demand for the reclaimed water, that there would be an ability to pull back a little bit more.

“When you create the reclaimed water product, it takes about 5 to 8 homes’ worth of effluent to create 1 home’s worth of reclaimed water. If that makes any sense. So, the demand would typically outstrip the supply on some dry weather days when not all the plants would be able to provide that substantial level of reclaimed water.

“The ASR well, that is used at our Southwest plant, just basically puts the reclaimed water down and then we’ll bring it back up if there’s a need for more of it, at a later point.”

So, it’s kind of a temporary storage for reclaimed water.