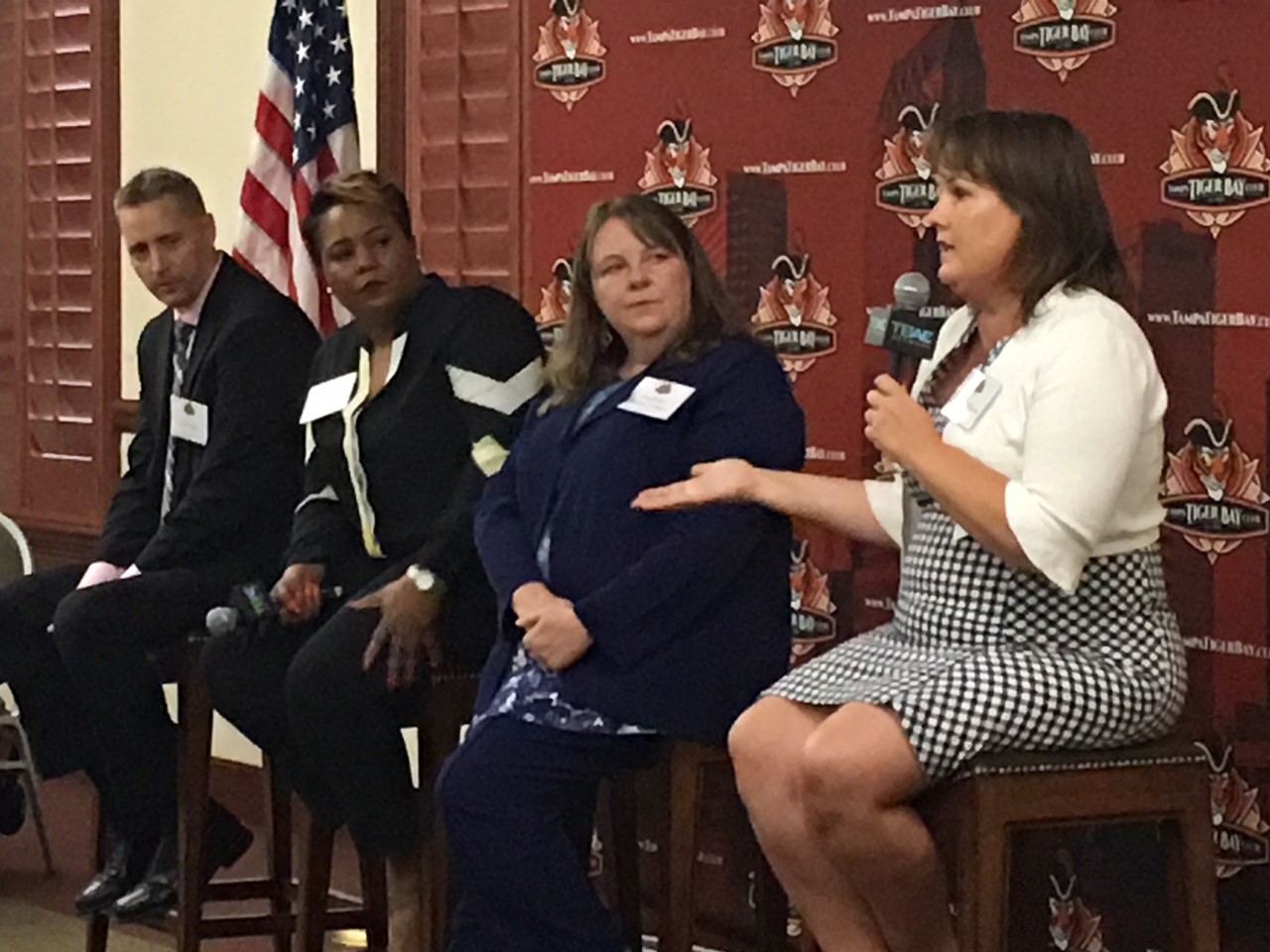 The discussion was from a Tampa Tiger Bay Club forum on August 16. Rather than air the entire one-hour discussion, we played about half of it: the four or five questions that struck a nerve with the audience or caused some disagreements among the panelists. But the whole forum can be seen below.

The next Tampa Tiger Bay Club meeting is Friday, September 27th at the Cuban Club in Ybor City. Attorney John Morgan will talk about his minimum wage referendum and the possibility of marijuana legalization in Florida.

Later in the show we talked about Friday night’s guilty verdict in the Clearwater manslaughter trial of Michael Drejka.

Callers weighed in on what it could mean for how juries interpret Florida’s “stand your ground” law and how Pinellas County Sheriff Bob Gualtieri’s initial decision to not arrest Drejka holds up.