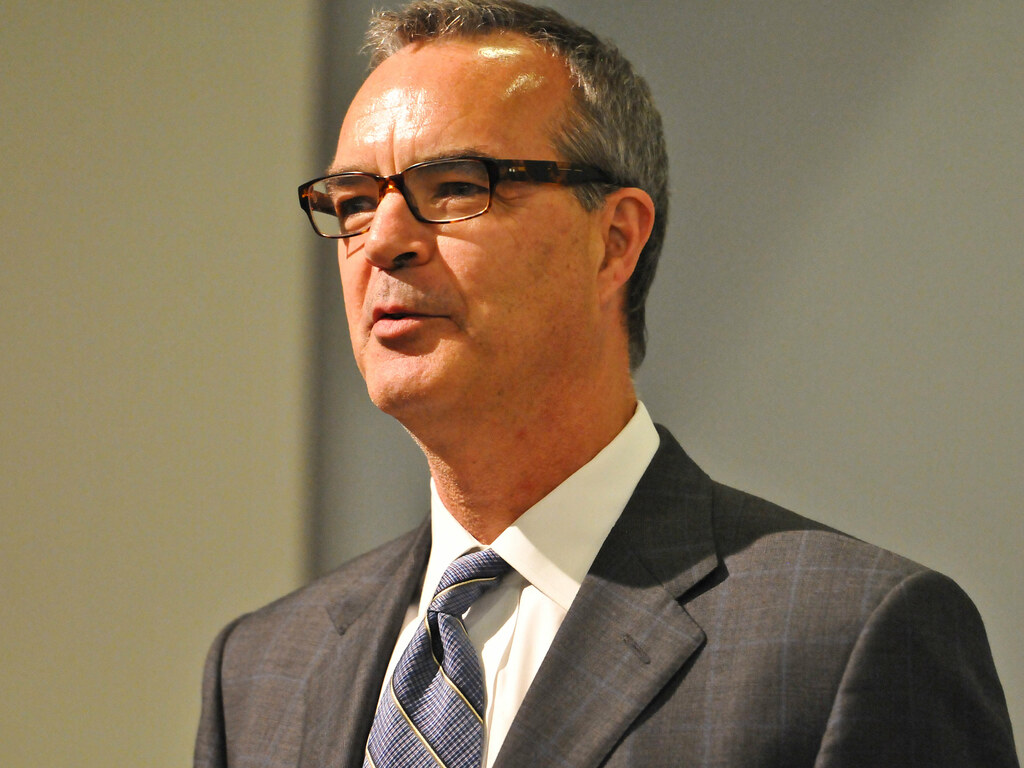 But first three listener comments about yesterday’s program on which we played excerpts from Tuesday night’s Democratic presidential candidates’ debate.

In his new book DEEP STATE: Trump, the FBI, and the Rule of Law by Pulitzer Prize winning investigative reporter James B. Stewart we get the big picture of how and why the FBI began investigating alleged ties between President Trump and the Russian government.

Trump and his supporters are now on a mission to discredit the FBI as part of the “deep state,” a body of unelected bureaucrat’s intent on ousting the president by any means necessary.

DEEP STATE is the first in-depth account of the politically explosive FBI investigations into both Hillary Clinton and Donald Trump. It is the fullest picture to date of the epic battle now underway between the President, his supporters and the investigative arm of the Department of Justice, the FBI.

James B. Stewart is an attorney and investigative reporter.

He won a Pulitzer Prize while working for the Wall Street Journal.

Stewart is currently a New York Times columnist and staff writer for the New Yorker.  Among his previous books:  Den of Thieves, which looked at the insider trading scandal that rocked Wall Street in the 1980’s. And Blood Sport, an investigation into the Clinton White House and Kenneth Starr’s Whitewater investigation.