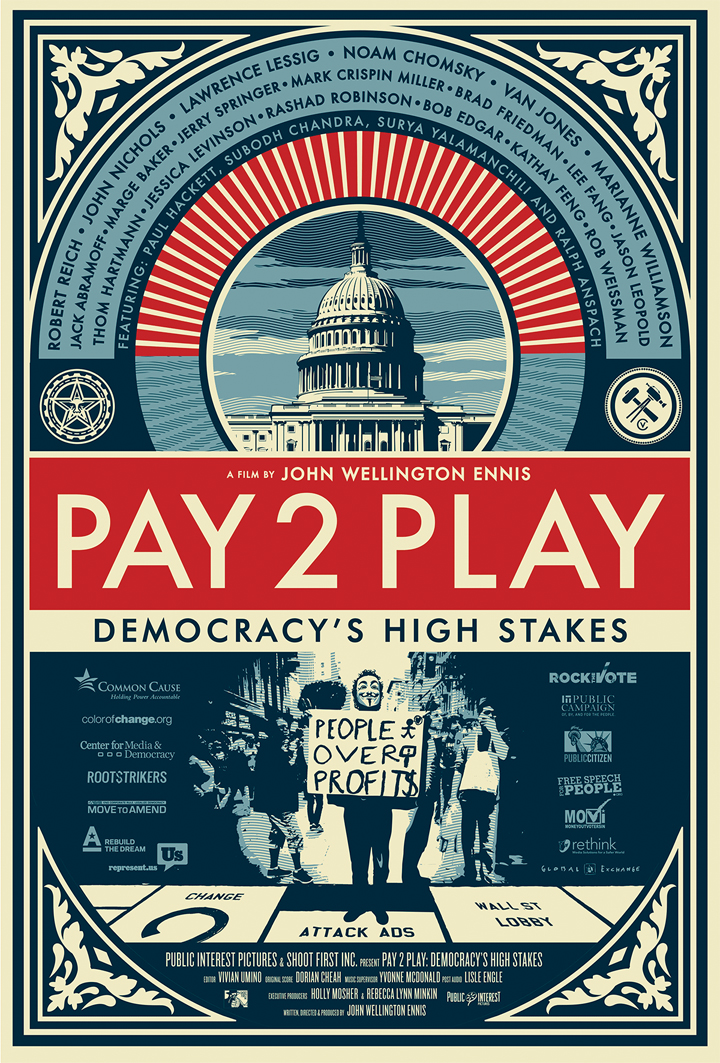 Today on Radioactivity, Host Rob Lorei speaks with John Ennis, director of Pay 2 Play, a documentary about the influence of monied interests in politics. several influential political figures will appear in the film such as Lawrence Lessig, Thom Hartmann, Noam Chomsky, Van Jones, and Marianne Williamson . It will be shown this Friday night at Unity of Tampa church at 3302 W Horatio St. at 7 pm, followed by a community discussion.