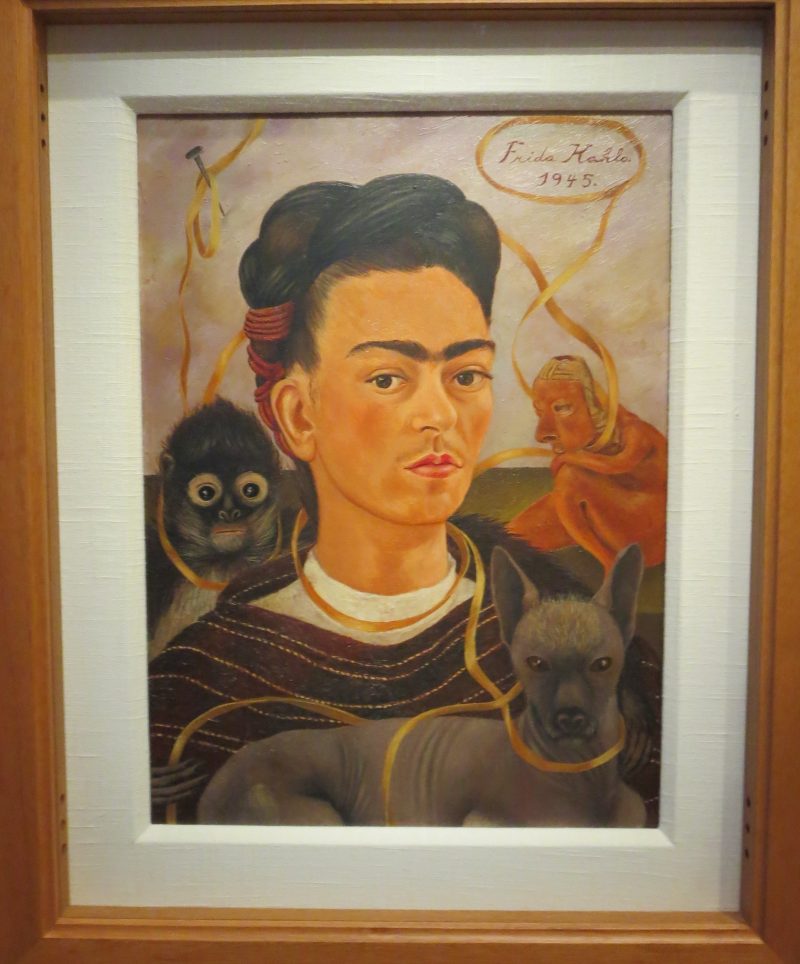 Frida Kahlo, artist and icon, gets her first solo exhibit in Florida. The Dali Museum in Saint Petersburg is featuring 15 original paintings, drawings, sketches, photographs and more. Frida at the Dali is a unique chance to view a Mexican and world artistic treasure.

Frida Kahlo and Salvadori Dali share many themes which ran through their lives and influence their art. The Dali Museum Director and co-curator of the exhibit, Hank Hine, said some are ethereal and some are concrete.

“There are a number of remarkable similarities. First of all they had the ambition to embrace all of the cosmos; all of creation. Secondly, they constructed their identity through their art and became very famous persona…very notable, visually recognizable people because of the way they imitated their art in their own dress. And third, they had this kinship of having a really strong romantic partner that almost became a mythologized presence for them. For whom they lived their lives. Frida had her Diego, and Dali had his Gala. They took their own bearance in reference to those other romantic partners.”

Two events defined Frida Kahlo’s life and artistic career. The first was a bus accident, resulting in 40 plus surgeries and lifelong pain. The other was meeting the artist, and future husband, Diego Rivera. Rivera was a well respected, famous and politically engaged Mexican artist. He was also Frida’s muse. In a statement by Frida about Diego, read by Dali Director Hank Hine, her absurdity is meted out with a dose of reality.

“Diego’s chest, of it we have to say, that had he landed on an island governed by Sappho where male invaders were apt to be executed, Diego would never have been in danger. Sensitivity of his marvelous breasts would have ensured his welcome. Although his masculine virility, specific and strange, would have made him equally desired in the lands of these Queens avidly hungering for masculine love.”

At first glance some of Kahlo’s artwork might appear unsophisticated and folksy. Curator of Exhibitions at the Dali Museum and co-curator of the Frida Kahlo exhibit, William Jeffett, rejects the idea that Kahlo’s work was naive and primitive.

“I think there is this kind of fairly sort of simple language that is very frontal. It comes out of those traditions of ex voto and retablo. That kind of frontality and simplicity and kind of story telling element to it. She’s partially a self-taught artist. After she had her accident she started to paint when she was recovering. She didn’t really go to art school and learn art like is often the case. But she is not really a naive artist on the other hand because she already highly educated. So, she wasn’t like an outsider artist or something like that in any way, shape or form.”

As timeless as Frida Kahlo’s artwork has become, she was influenced by the Mexican zeitgeist of her time. She drew upon images and motifs of pre European contact in Mexico. William Jeffet of the Dali Museum explains

“There was a period of time when people were interested in asserting the idea of their art being anchored in Mexican identity. They were looking at those sources quite consciously, I think. It’s not like just a random thing as opposed to the European tradition or whatever. They were kind of trying to assert the idea of Mexican identity through art.”

The Frida Kahlo collection has many candid and deeply personal photographs. In one series you see the meetings in Mexico with famous people like Russian revolutionary Leon Trotsky or Surrealist Andre Breton. But the exhibit is centered around her paintings. Hank Hine, Dali Museum Director, said one of Frida’s favorite paintings has many of the elements which typify her art.

“I think that final painting, the self-portrait with the dog, the monkey, and the effigy, all connected by ribbons is my favorite. Because, I love the idea of ambition of trying to summarize your life with a few images. While, at the same time, you are very vividly personally present and looking out at the viewer. Saying; ‘here I am. Here is my world. See if you can embrace it. I (Frida) have lived. I have suffered. I’ve been unbroken by the adversity that I have experienced.’ I think Frida is heroic in that in that sense. That painting embodies that heroism, and I think we all feel uplifted by the experience of seeing her paintings.”

The exhibit Frida Kahlo was Co-organized by The Dalí and the Museo Dolores Olmedo in Mexico City and runs until April 17, 2017.