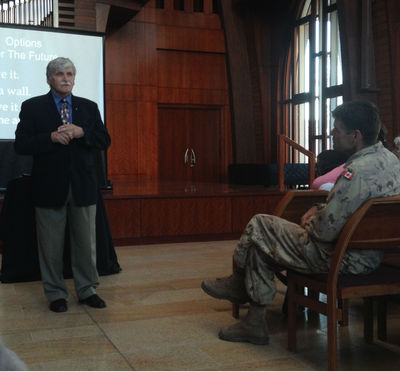 In 1994, the former Canadian general commanded the United Nations’ peace keeping mission in the small, east African country. That summer, Rwandans turned on their neighbors and armed militias from the Hutu tribe massacred the Tutsi minority. By the end of the conflict, up to million Rwandans were dead.

Now, Dallaire shares his reflections about United Nations’ role in the genocide, and how further world conflicts can be prevented.