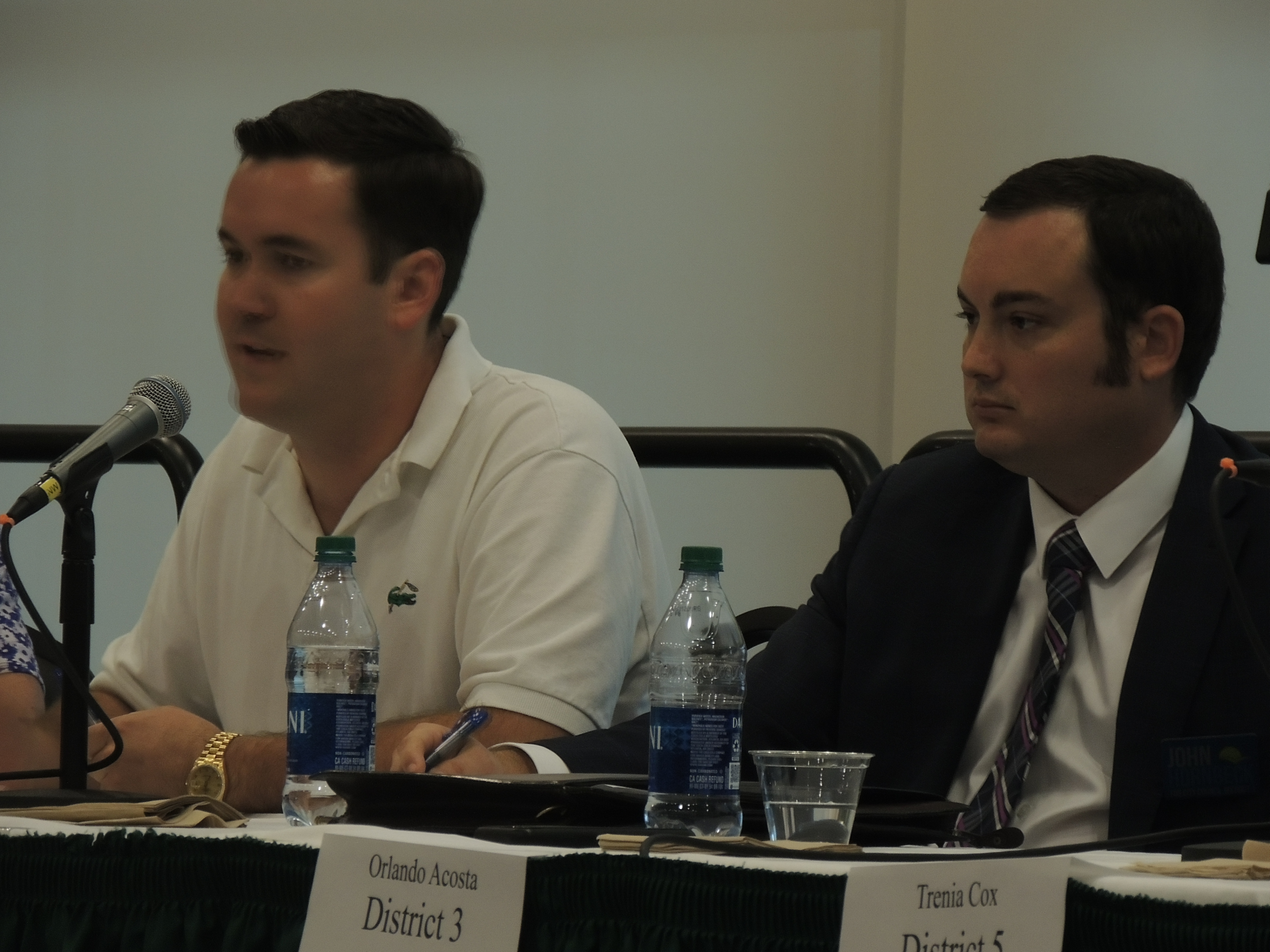 Blackmon’s cancelation came after Florida Politics reported Blackmon attempted to evict three tenants from a property he owns, Paradise Apartments in South St. Pete. The eviction suits have since been dropped, but community activists rallying for affordable housing aren’t backing down from over-arching issues.

In this episode, we discuss issues facing affordable housing in the city, the pitfalls of gentrification and generational poverty.

The campaign literature cited Tampa Bay Times reporting on some of Welch’s endorsements from local Republicans.

While true, Welch’s supporters were quick to point out Rice has accepted donations from a number of Republicans, to the tune of thousands of dollars. They also took issue with her use of a stock photo of a Black woman to negatively campaign against a Black opponent.

And in state news, we talk about new allegations facing Sen. Joe Gruters, chair of the Republican Party of Florida, of sexual harassment against a male staffer.