Home WMNF News Sea Shepherd founder: “no whales will be killed in international waters” this year 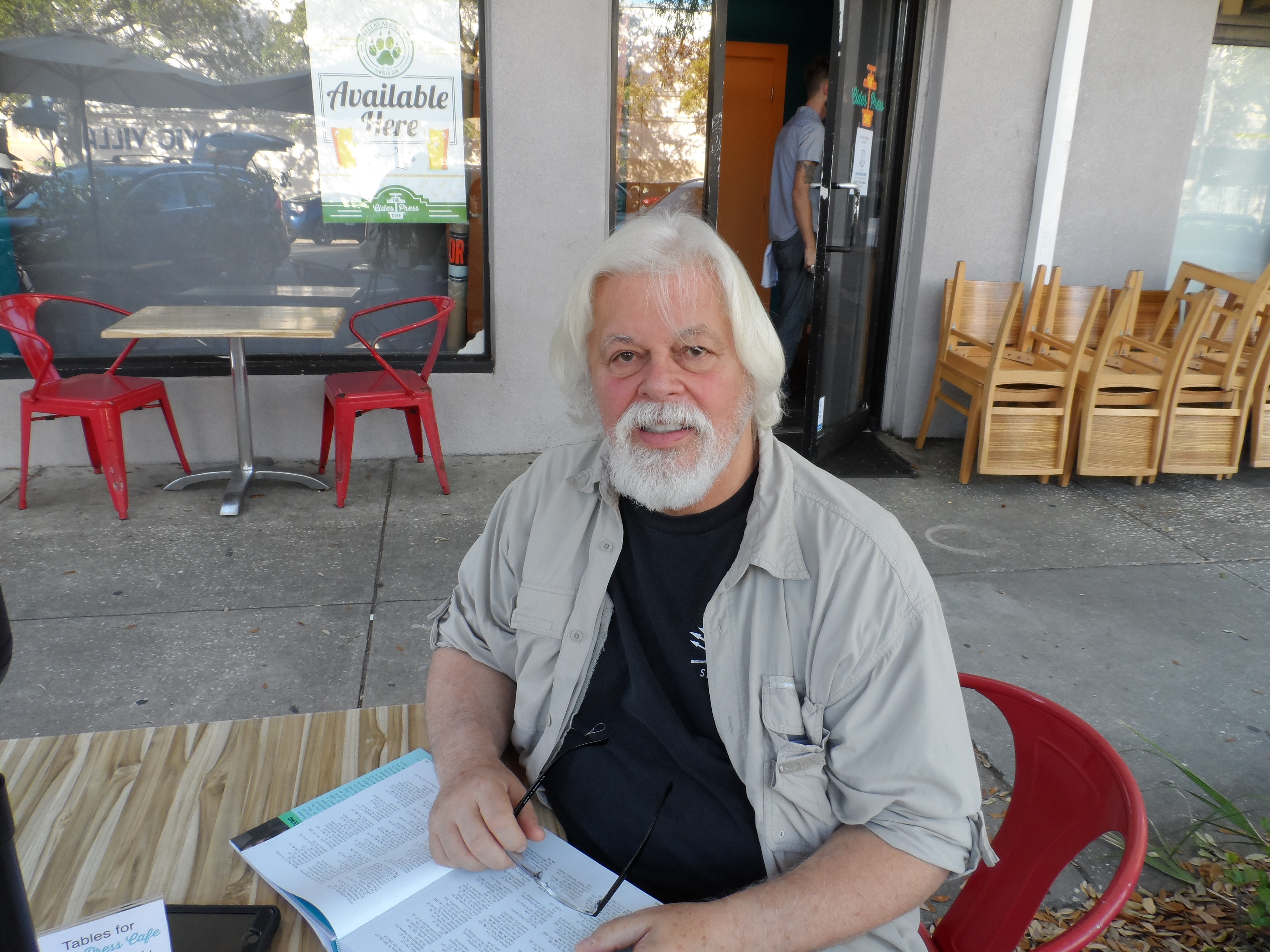 According to its website, the “Sea Shepherd Conservation Society is an international non-profit, marine wildlife conservation organization.” They rely on direct-action tactics to stop illegal activities and are often involved in a confrontation with other ships when trying to stop, for example, illegal whaling.

Their founder, Captain Paul Watson, was in the Tampa Bay area over the weekend for a film screening at Eckerd College and for Tampa Bay Veg Fest.

WMNF sat down with him at an outdoor café in downtown St. Petersburg Sunday to find out about the history of Sea Shepherd and what to expect in the future. In this interview, Watson says, “This year marks the first time in the history of whaling that no whales will be killed in international waters anywhere.” He also talked about what Sea Shepherd plans to do about whaling in territorial waters of Norway, Japan, Iceland and Denmark.

Click here to listen to the full show. Partial transcript and video are below.

“I founded the organization in 1977 as an anti-poaching organization. So, what we do is, we go after illegal activities, primary on the high seas. But in recent years, we form partnerships with numerous governments to work in their territorial waters, also.”

SK: Why direct action as opposed to other types of ways to stop things that are wrong?

“Really, what we do is enforcement. We have all the laws, and regulations, and treaties, we need to protect our oceans. But the problem is, there’s a lack of political and economic motivation on the part of governments to uphold those laws. So that’s what we’re doing. I mean, we’d stop what we’re doing tomorrow if the governments would step up to the plate, and do their job.”

SK: Are there times, though, when the governments say, “Hey, leave it to us and back off?”

“No, not really. Right now, we have partnerships, especially in Africa, doing anti-poaching campaigns. So, we’re a partner with Liberia, Sao Tome, Cape Verde, Tanzania, and Namibia, Gabon, Benin, and Togo. And, we’re forming new partnerships all the time.

“What that means is: we go into their waters; we’re carrying their enforcement people on board; and so, that gives us the authority to intervene. We have the resources. They have the authority. That’s working really well.

“We also have partnerships with Mexico, Costa Rica, Peru and Ecuador. Our partnership began, actually, in Ecuador with protecting the Galapagos in 1999. We’ve been going for 20 years now on that.

“But now, when we go beyond the 200-mile limits, then that’s international waters. Then our authority lies with the United Nations World Charter for Nature, which allows for non-government organizations and individuals to uphold international conservation law. And I’ve used that quite effectively in court cases that we’ve been involved in.

SK: I want to talk about some things in Florida. What should people think about when they think about conservation in Florida? And what has your organization been involved in?

“Well, I think what’s most important in Florida is protecting marine ecosystems, especially from agricultural runoff. Then, also, overfishing is a real problem. I think that the positive side in Florida is Florida Fish and Wildlife [Conservation Commission] are pretty good at enforcing laws. And that is the same with other states like Alaska, California. They’re very good on that way. We don’t have to get involved in that.

“But activists do need to get involved in things that, probably more on a political, educational level when you’re talking about agricultural runoff, and everything. ‘Cause, there what we’re dealing with is, really, legal problems. Legal corporations, but they’re causing problems. And there are laws being broken. But, it’s a completely different thing when you’re working on land as opposed to working on the sea.

“But, really, what I try to get people to do, is to understand the one basic thing that we’re all about. That is: if the ocean dies, we all die. And, the ocean is dying. And it’s being affected by numerous issues. Everything from climate change, to acidification, to pollution from radiation, from chemicals, from sonar pollution. All of these things are causing a massive diminishment in biodiversity.

“And, for instance, since 1950, we’ve had a 40% diminishment in phytoplankton populations in the world’s oceans. Phytoplankton provides 70% of the oxygen in the air we breathe. And, if phytoplankton goes extinct, we all die. That’s how serious this problem is.

“So, we try to get people to understand that their very survival, no matter where you live, your very survival depends upon having a healthy ocean.”