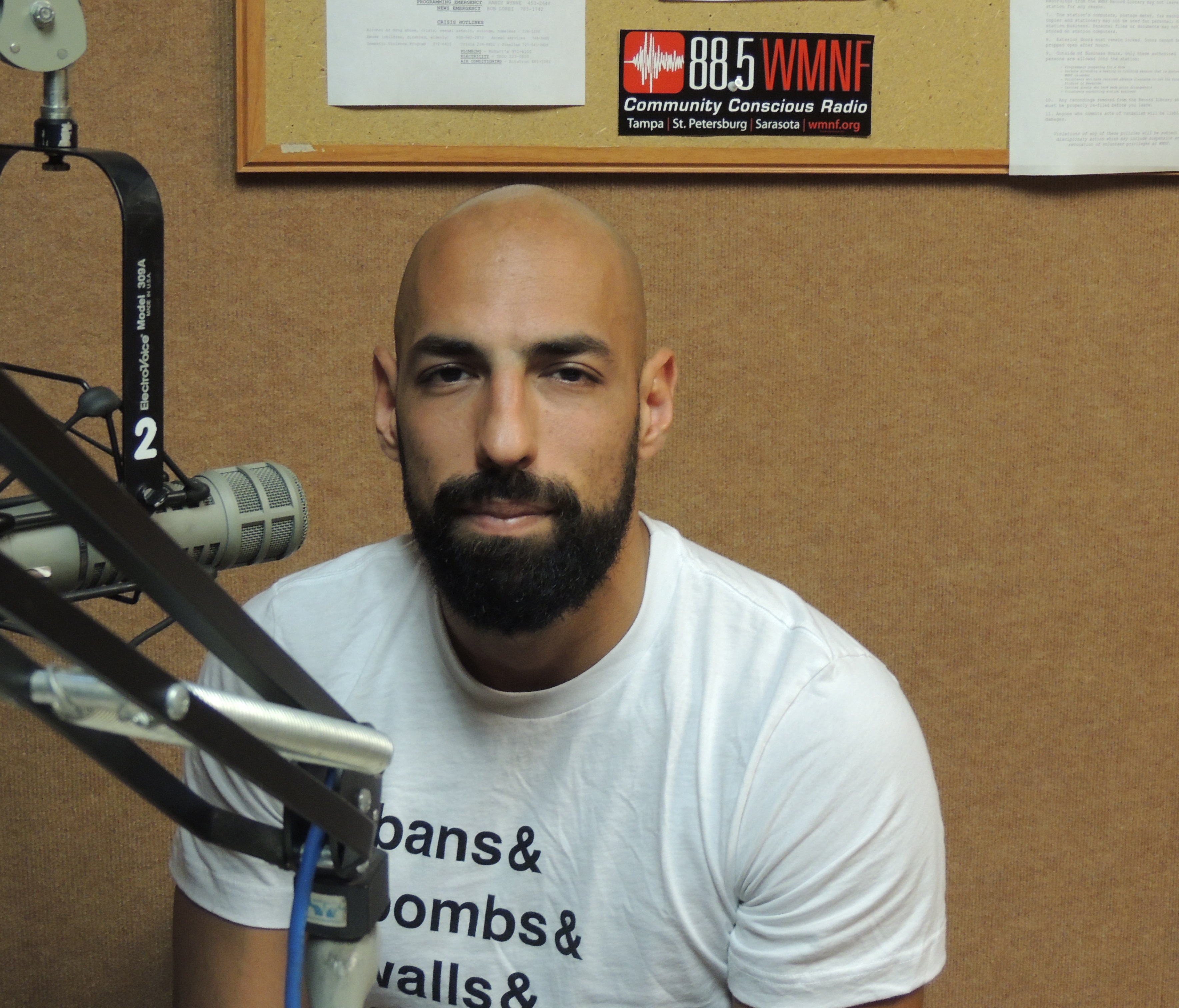 Tampa Electric company wants to convert part of its Apollo Beach plant from one fossil fuel to another: from coal to methane gas. But the move is opposed by many environmental groups. They point out that renewable energy, like solar, would be cheaper and not contribute to climate disruption.

In January both Tampa Electric and members of the public spoke about the issue at a Hillsborough County Commission meeting. At that meeting TECO senior vice president Tom Hernandez said the company plans to add more solar power generation. But he said the company still needs to convert the Big Bend plant to methane gas, in part because solar doesn’t deliver energy when it’s needed most.

WMNF interviewed Gonzalo Valdez, the Beyond Coal organizer for the Sierra Club. That’s one of the groups organizing a rally Friday to oppose TECO’s plan for its Big Bend power plant.

“TECO is proposing about a $858 million build out of their existing gas infrastructure, expanding it by about a thousand megawatts. And, they’re planning on refurbishing some of the coal units to gas.

“But they’re also telling people that they’re moving away from coal, which if you at their ten-year site plans, they actually plan on burning more coal in 2028 than they did this year. We’re not seeing any real long-term plan towards sustainability, toward reducing emissions. We’re actually seeing just a temporary build-out of their solar — increasing about 7%. And then they’re going to be increasing coal usage. They’ll be about 12% coal in 2028.”

SK: TECO told Hillsborough County [Commission in January] that they needed to convert to natural gas in order to power the area. But you disagree. You think that they could convert to solar instead?

“Well, we’re seeing that the economics of this just play out where clean energy is the favorable alternative. I’ve got to remind people that the cost of these plans, the actual build-out, is probably about half the cost. When you talk about the life of the project, half of the cost related to this are fuel costs. So with gas, that’s a variable cost even if you maintain flat projections for cost.

“Let’s say that gas did not increase one single cent for the next 30 years. We’ll still see billions of dollars were we would be spending on gas, as opposed to solar energy cost us nothing. So that’s where we’d really see the savings is if we did an honest build-out to enlarge amounts of solar. We would see reduce cost in the future.

“TECO actually was part of a study with a group called First Solar that showed that they needed to about quadruple their solar output. Go from about 7% to 28%. If they did that, they would see a tremendous cost savings for their customers.

“Now, this information TECO did not submit to the Public Service Commission or to the administrative law judge. In the approval process for this power plant, they’re asking for the judge to look at this very narrowly, and not look at the long-term economic cost that will be saved from clean energy.”

SK: And you haven’t even talked about the cost of pumping more CO2 into the atmosphere and the cost of the effects of that.

“Right, we’ve seen not just that gas is susceptible to price shocks. We could see the price of gas increase tomorrow and then that would set us up for terrible losses in the future. But you’re right: climate change is real, and it’s happening. The City of Miami is right now spending hundreds of millions — if not billions — of dollars to combat the effects of climate change right now. Thirty to 40 years from now, it’s going to get worse if we keep adding to the problem.

“That doesn’t even include, also, the health impacts. People every single day are getting sick from this stuff. Recently there was a report done by Scientific American that shows that coal plants are about a hundred times more radioactive than nuclear plants. That comes from the heavy metals that are being emitted in the air from these coal stacks. People are getting sick from that. And somebody has to foot the bill for that.

“This is going to be going to Governor DeSantis next week for a vote on the 25th [of July]. He does position himself as the economics governor and also as the environmentalist Republican, one we haven’t seen here in a long time. We would like to see him actually truly embrace that and look at this in an honest fashion.

“We know for a fact that the economics are on our side. That if you include also the health impacts, the climate change impacts, it becomes a total landslide victory for clean energy. So, we’re asking him to review all those facts and do an honest look at what is the future of the State of Florida would look like. Is it going to be something that we just keep allowing utilities to just ‘take, take. take,’ build profits for their investors, but leave Florida the bill to clean up their mess?”

SK: And you are trying to convince the governor and the Florida Cabinet to vote against this conversion to natural gas with the rally on Friday?

“That right. We’ve been doing this “Tell the Truth TECO” campaign for about a year now. This will be kind of culmination of that. We’re going to be sharing a lot of the information that TECO is actually not been telling the public. Specifically, two of the things we mentioned today: a lot of the health impacts that are being experienced, the climate change impacts that are sure to see.

“The economics of this, the fact that they didn’t do a public bidding process for this. We maintain that if they did do a public bidding process for this, that solar energy would emerge as the cheapest option. You know, like I mentioned, not just the upfront cost, but the long-term cost. It just makes sense. We don’t need to be continuing to spend all this money just to make TECO investors rich.

“The one thing TECO won’t tell you, that are not very honest about, is that they own gas investments. This is why there’s a big push here locally to invest so heavily in gas. Because, they don’t just make money burning it at the facility, they also make money piping it into the state.”

SK: The details of Friday’s rally?

“Yeah we’re going to be making sure that TECO knows how we feel exactly about what they’re doing. And sending a loud message to the governor about what the community wants and needs.”

Next Thursday (July 25) the governor and three other Cabinet members will vote on whether to approve TECO’s proposal.