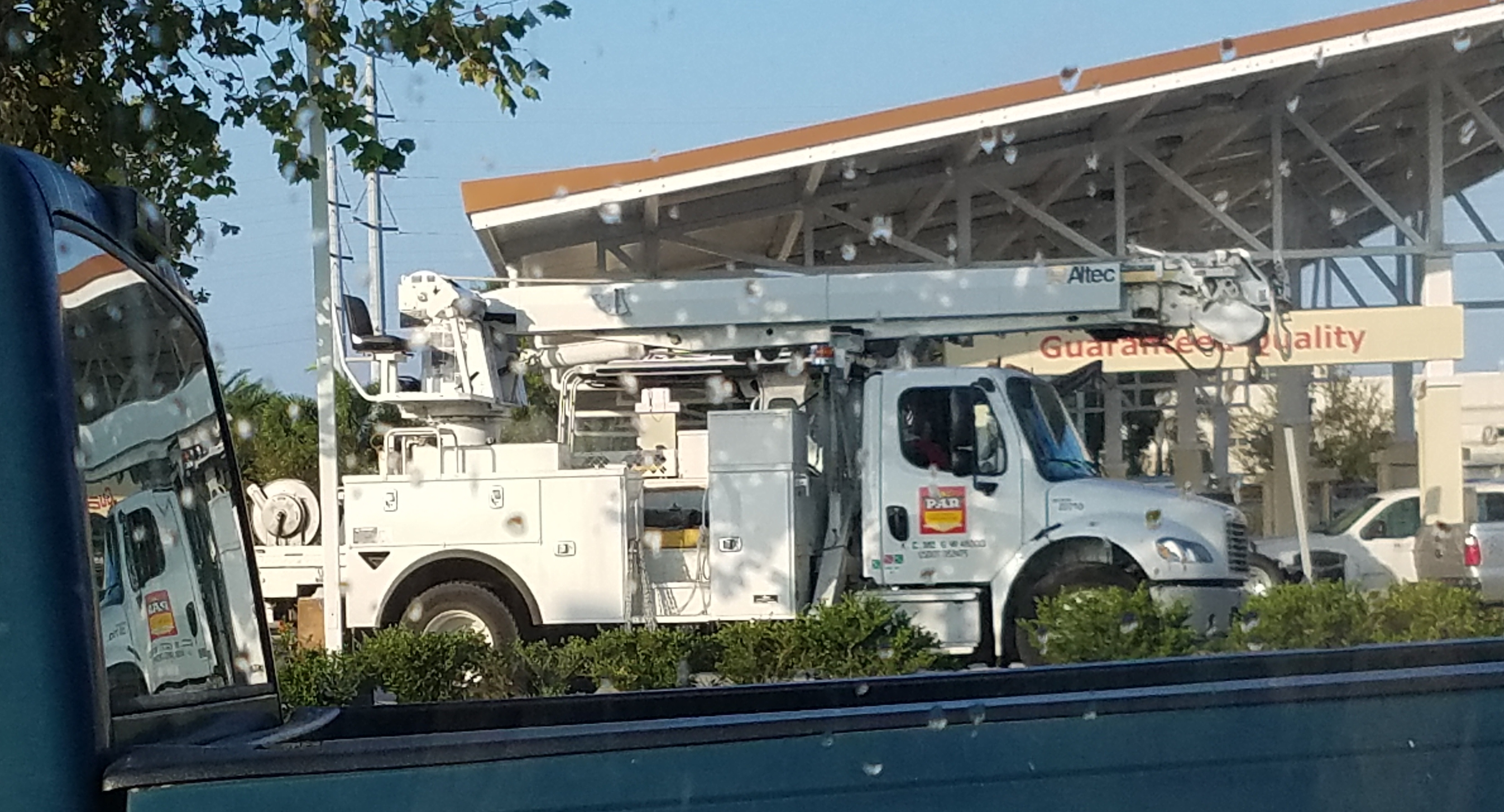 “Well, right now we’re monitoring a few of them. The Hillsborough River is still up. Primarily, for us in Hillsborough County, we have a bypass canal that can control some of the water flow coming down through that. A lot of that water actually feeds that that is from other counties like Pasco and Polk, so some of them might still be flooding upstream in those counties. We’re monitoring the Alafia River, which did crest at 22 feet, right now is down around 19 feet, so, we predict it’s gonna keep going down unless we get additional rain, which may prevent it from dropping or may increase volume. We’re also monitoring the Little Manatee River and Bullfrog Creek and there’s some various other creeks within the county that we’re continuing to monitor like Pembroke Creek and some others.”

And how are they, in regards to whether they’ve crested and how high they are?

And is it dropping, as well, right now?

Is there anything else that our listeners should know about these rivers and whether they might get flooded?

“Keep in mind that, you know, if we get more rain that they may go back up and in some areas too, the water can be flowing through these rivers pretty swift and then debris and other things coming down-river, so if you have docks or other things or your houses or something may be in danger of some of the debris coming down. We’ll keep monitoring too, because some areas are tidal effect with the high-tide and low-tide.

“I would also point out, not just the flood, that as far as trees go, although the winds have stopped blowing and stuff, a lot of these trees out here may be saturated with water and stuff and they’ve been weakened due to the wind that we’ve had, so some days it may be a calm day and some of these trees still may fall over.”

As of Friday morning, nearly 2 million customers were still without electricity in Florida, representing more than 18 percent of customers. According to Florida Disaster.org, after Hurricane Irma, 21 percent of Pinellas County, or 115,000 customers, are still without power. In Hillsborough, it’s 5% and in Sarasota, 23%.

The Tampa Bay Rays are Celebrating Roberto Clemente Day Friday night by taking donations for hurricane relief. The Rays say it’s in “the spirit of Clemente’s dedication to community service.” Donations will be accepted from 5:00 p.m. until 7:30 p.m. at Gates 1 & 3.

St. Petersburg residents in need of a free hot meal can get one Friday evening at 6:00 p.m. at Child’s Park Recreation Center, 4301 13th Avenue South. It’s hosted by Pinellas County and the Red Cross.

Widespread power outages in hurricane-battered Florida are causing another headache: sewage overflows. Local governments have reported dozens of spills since Irma struck, some involving millions of gallons of wastewater. The outages knock out infrastructure that pumps wastewater to plants for treatment. Many Florida cities have a long history of sewage spills because of decaying infrastructure and a booming population concentrated in coastal cities.

On Twitter, St. Petersburg’s public works department said today that eight lift-stations are still on generator power. Residents may flush their toilets, but the city is asking people to conserve what goes down the drain. St. Pete also says its drinking water has been safe throughout Hurricane Irma and its aftermath.

On Thursday, Tampa Mayor Buckhorn sent code enforcement to check on every adult living facility in the city. Buckhorn says it was “out of an abundance of caution.” More than 100 were checked and all were in good shape.

“In terms of shelters, we currently have two shelters open in Pinellas county, at this time. Ross Thornton Community Center is a general population shelter and Dunedin Community Center is a special-needs center. They both have generator back-up power. There have been times where their main power source has been off-line, so they have to rely on generators. I believe they’re both on now main power, but, again they’ve had that back-up power available to them. Regarding our other types of facilities like ALFs and nursing homes and things of that nature, it’s my understanding that there are, as of yesterday, because we’re calling these facilities every day, as of yesterday there were probably about 51 ALFs that still didn’t have power and 4 nursing homes that still didn’t have power. Now, some of them have generators and things of that nature, but, in terms of being off the grid, they didn’t have power to the best of my understanding.”

Are they listed in the priorities sections for the power companies to restore them?

“Yeah, absolutely. So, what we do when we become aware of a facility like that, like an ALF, a nursing home or a hospital or a dialysis center that doesn’t have power, we work with our electric partners. We have Duke Energy is in our EOC. We also have TECO that services part of our jurisdictions and our EOC and then we do ask them to put them on their critical facility list for restoration.”

What are the residents doing in the meantime, when they don’t have power?

“I would say that’s probably going to vary from place to place and depending on what the facilities are doing with those residents. So, I really can’t say what the residents themselves are doing. I can tell you what we’re doing is we’re reaching out to the facilities that have power challenges and we’re trying to find out if there’s any fuel issues that effect their generators and they’re desperately short or about to run out of fuel. I know yesterday there was a mission that we sent to several facilities to actually fuel their generators, so that way it wouldn’t be an issue. We’ve actually deployed like a mobile cooling unit that visits different facilities so that the residents have an opportunity to cool down and get their temperature back down a bit. We’ve made ice available to them. Part of the conversation we have with all of them is, you know, ‘What are your needs?’ and ‘Do you have any life-safety needs?’ and we try to address those as best we can with the resources we have.”

And on that note, do you know of any assisted living facilities or nursing homes where the residents are currently in danger or are there plans for evacuations of any of them?

A lack of regulations may have contributed to the deaths of nursing home patients in south Florida. And strong home construction rules may have limited hurricane damage. But some of Florida’s Republicans in Congress using the aftermath of Hurricane Irma to further chip away at regulations. They’re urging the president to waive contracting rules.

Federal Emergency Management Agency Administrator Brock Long says the government response to Hurricane Irma has shifted from saving lives to one of beginning the long recovery process. Long said at a briefing Friday that good progress is being made in getting people back into their homes or into temporary housing such as apartments or hotels. About 10,000 people in Florida remain in emergency shelters.