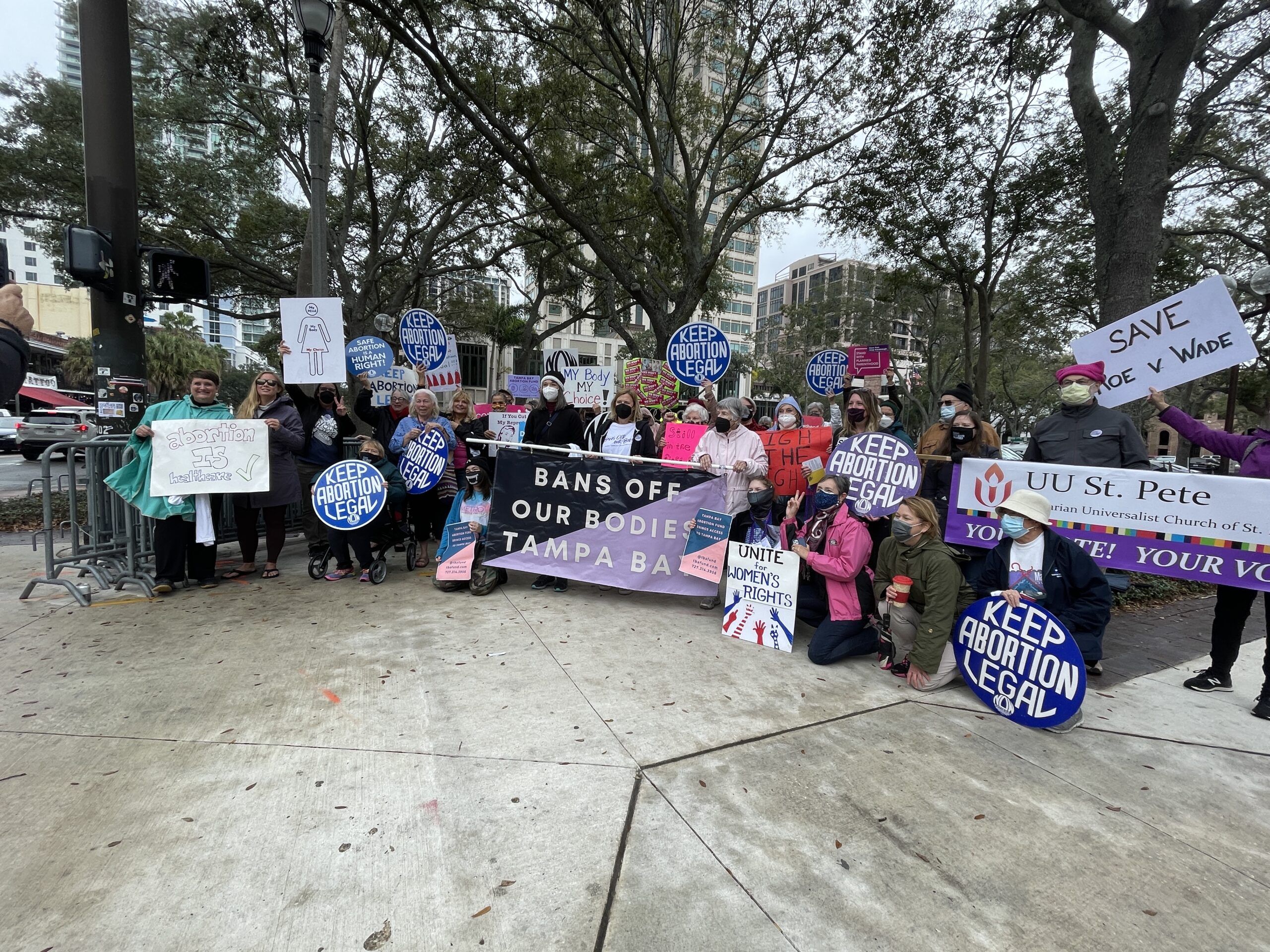 The National Organization for Women’s Pinellas Chapter held its annual Roe v. Wade rally in St. Petersburg on Saturday. The 49th anniversary of the landmark Supreme Court decision, comes amid battles over the future of abortion access across the country. In Florida, a 15-week abortion ban, without exceptions for rape or incest, is gaining support in the state legislature. Diane Lebedeff, President of Pinellas NOW, says the proposed abortion ban doesn’t take into account infant viability.

“The 15-week ban makes no sense whatsoever,” Lebedeff said. “Because the Supreme Court’s basic principle in Roe depended on viability and the fetus is not viable at 15 weeks.”

St. Petersburg Democratic state Rep. Ben Diamond was at the rally and serves on the house Judiciary Committee. He says his committee will not get the chance to hear the 15-week abortion ban.

“You have a bill that is fundamentally changing people’s constitutional rights,” Diamond said. “That is unconstitutional under both our state and federal Constitution under current law. And that bill is not going to be heard by the state’s Judiciary Committee.”

Kris with the Tampa Bay Abortion Fund says their organization has been getting higher numbers of calls from local women struggling to afford access to abortion.

“We’ve seen an incredibly high volume of people needing access to abortion,” Kris said. “We’ve been doing our best to make sure that they are funded and able to make their appointments.”

“When a woman chooses to have abortion, it’s hard enough without being told what to do by religious leaders, by government, by lawmakers,” Atherton-Zeman said. “Women are the experts on their own bodies, not me.”

“It looks like Roe v. Wade, is set up to potentially be gutted or overturned entirely,” Weintraub said. “And if that happens, things like this onerous abortion ban that the Florida legislature is considering would actually be allowed to stand.”

More than 20 states, including Florida, already have laws on the books that would quickly ban or dramatically restrict abortion if the Supreme Court makes changes to Roe v. Wade.