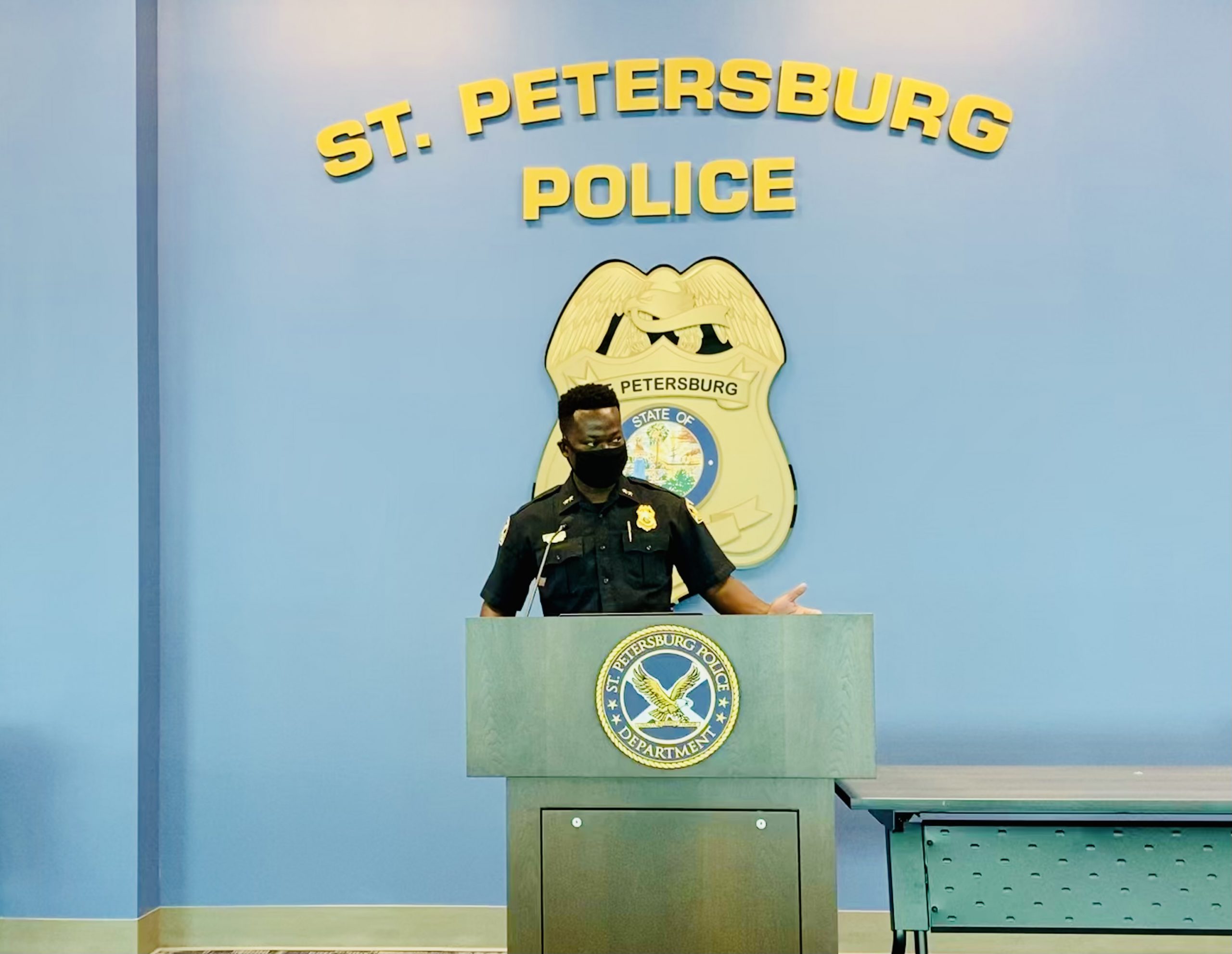 A committee of St. Pete first responders and city leaders met Thursday to select the organization that will handle its promised police social worker program.

With funding secured and proposals reviewed, the committee voted unanimously Thursday to recommend St. Pete’s City Council choose Gulf Coast as the organization to provide workers for the CAL program. Council members are expected to formally select the organization in a January meeting. Gulf Coast said it could begin responding to calls within four weeks of getting the contract.

Assistant police chief Tony Gilliam said the timeline was part of why he chose the organization.

“One vendor was able to provide a definitive time frame,” he said. “The other, it was contingent upon a lot of factors. I think in this day and age, while we can’t give a certain date, we do need to be able to narrow down how long it will take to roll out this program.”

City leadership announced the program amid calls locally and nationwide to enact police reform, including diverting money from police departments to social programs. Kriseman and Halloway social workers would be brought on using a $3 million grant. The money was originally going to bring on about two dozen new officers. “Defund the Police” movements call for similar reforms.

RELATED: St. Petersburg takes a step to defund the police; instead of 25 officers, city will hire social workers

St. Pete’s 2021 budget shows about $1 million allocated to the CAL program in its first year. Officials said the $3 million grant will cover a three-year period.

Theresa Jones, the city’s manager of veteran, social and homeless services said the Chrysalis vision for the program seemed to resemble law enforcement too much, which is a priority for the city to avoid.

“With their interest in having the radios and some of the things that were said, it almost felt like an extension of law enforcement as opposed to trying to establish a program that addresses the needs of the community that is outside the law enforcement arena,” she said

Committee members said both organizations displayed a wealth of experience in behavioral health, but Gulf Coast’s plan was more detailed including ways of making the community aware of the program and identifying specific partner organizations it could work with.

“What was presented by Gulf Coast was a very detailed plan,” Ian Womack, division chief for St. Pete Fire and Rescue said. “The level of detail that was provided gives a high level of confidence in their ability to implement and deliver on the objectives of the program and also to identify the moving parts that will accomplish those objectives.”

The program will roll out in phases. Social workers will embed with police for phase one. That doesn’t sit well with some community members like Karla Correa who want a fully independent program.

“We don’t need that embedded approach like they were talking about in the beginning,” she said. “We need Gulf Coast to be completely separate from the police.”