Home Blog News and Public Affairs St. Petersburg takes a step to defund the police; instead of 25 officers, city will hire social workers 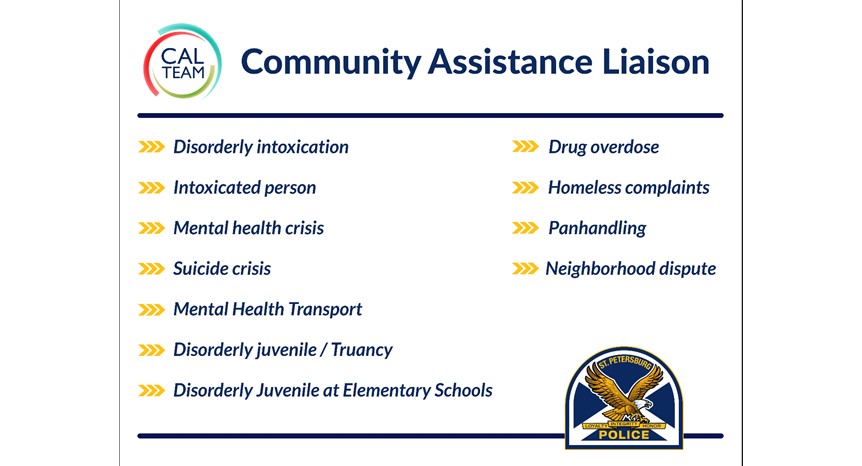 On Thursday, St. Petersburg Mayor Rick Kriseman announced a step that will partially defund the police.

Police Chief Anthony Holloway said the department plans to use grant money that was supposed to be for hiring new officers and instead use the funds for social workers who will respond to nonviolent calls for people needing social services. That’s one of the major demands of the “defund the police” movement gaining steam during more than a month of protests against police violence and racism.

The head of the police union, John Vazquez, said he supports not hiring these police officers.

Police announced other reform measures as well (see below).

St. Pete Mayor Kriseman says social service calls are about 5 percent of all calls that come in to police. About 18-20 social service professionals will be hired to handle those 12,000 to 14,000 calls per year. Kriseman also put out an invitation to Black Lives Matter protesters, saying, “Let’s talk to each other. Let’s listen to each other.”

On Tuesday, St. Pete Police announced it would enforce pedestrian traffic rules when protesters don’t use the sidewalk or obstruct or hinder traffic. Police cite the “safety of pedestrians and the community.”

“I’m interested to see what it’s going to be going forward. I’m out there every day marching. We’re getting a lot of support. But we are getting pushback, too. Mostly when we are in wealthier neighborhoods. They don’t want us there. They’re getting aggressive. They’re getting out of their vehicles, shouting, they’re screaming, they’re yelling profanities. They’re putting hands on our protesters. And nothing is happening about any of that. So, I’m feeling a little frustrated that the statutes are aimed at us protesters and there’s nothing being targeted or focused at the aggression coming towards us.” 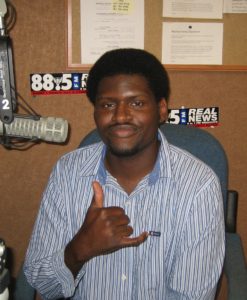 Several protesters have been struck by vehicles across the country, including two in Tampa.

Kofi Hunt is co-chair of Pinellas Democratic Socialists of America. He’s concerned that by threatening to ticket protesters, police are missing the real perpetrators.

“They act like all crimes are equal. No they’re not. And running someone over, potentially killing them, inflicting an act of terrorism – if you want to take it there – is a much harsher crime than walking in the street. ”

Jalessa Blackshear has participated in the recent protests in St. Petersburg.

On Thursday, St. Pete Police released video (see below) of a Fire Rescue vehicle delayed by demonstrators. The truck does not appear to have its emergency lights on. During the 39 second video, several other vehicles reroute around the protesters walking in the crosswalk.

Video of protesters in a crosswalk:

Here’s more, as provided by the St. Petersburg Police Department:

The City of St. Petersburg Police Department will create a new division within the Police Department called the Community Assistance Liaison, to expand our approach to public safety by retaining a social service agency to respond to non-violent calls for service from the public. Beginning October 1, instead of sending a police officer, a CAL team member will respond to the following issues: 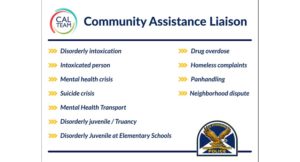 This new division will take over these calls rather than moving forward with a previous commitment to add 25 new officers over the next two years. The Police Department will lose $3,125,000 in federal grant funding awarded to pay for the new officers and $3,800,000 the City had earmarked in matching funds required by the grant. The City will instead use those funds to pay for this new service.

A police officer will always be dispatched to violent or life-threatening situations.

Here are the additional points the Chief made:

-Add a civilian to our hiring board. The civilian will come from NAACP, Urban League, Faith Leaders and Leadership St. Petersburg.

-Park, Walk, and Talks (when officers park their patrol cars and walk the areas they patrol to get to know the people they serve) will go from 1 hour per week, to 2 hours per week.

Comprehensive review to look for ways to improve:

-How complaints are processed

-Who are we arresting and why?

-Monitor calls that are based on race only