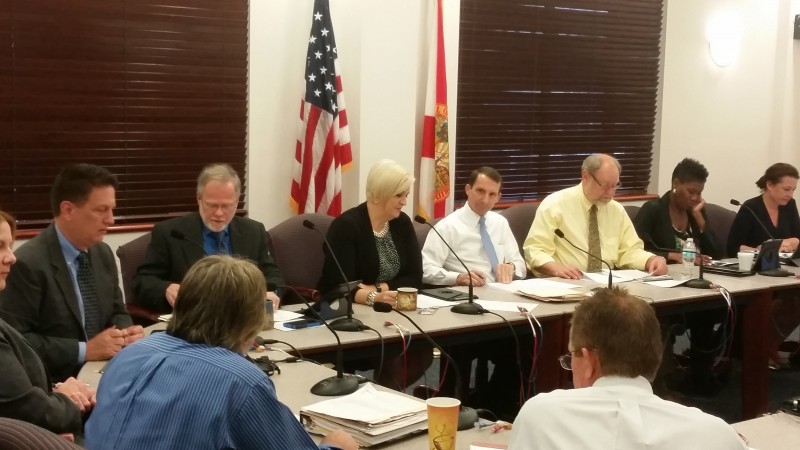 The St. Petersburg City Council wants people caught with small amounts of marijuana to be fined rather than arrested for a misdemeanor. In case neither the state nor Pinellas County makes those changes to the law, Council has asked its legal staff to write an ordinance to give people caught with less than 20 grams of pot a civil citation. After a committee meeting Thursday morning City Council member Steve Kornell said suggestions made by St. Pete Police would be taken into account.

The reason St. Pete is looking at decriminalizing possession of small amounts of pot is because arrests seem to disproportionally affect poor and black people. WMNF interviewed Kofi Hunt, an organizer with the group St. Pete for Justice.

“I think it’s important because marijuana, if you look at the history it was made illegal as a racial tool against people of color. And the results you’ve seen over the past few decades that people of color have been overwhelmingly arrested for possession of marijuana.”

“The ACLU and the American Bar Association, both talked about things. Both credible organizations, none of which are a private company running anything and making any profit off of it. Racial disparities and income disparities in the outcome that you get. So, we all agree marijuana is maybe not – I don’t think anybody here would say that marijuana is great. But, the issue for me is not that; the issue for me is you shouldn’t get an unfair penalty, or a different penalty based on your income level. And I believe that happens.”

“I’ve asked a lot of officers about why somebody would arrest and take ’em to jail if it’s just a misdemeanor amount of marijuana. And it’s usually something else, like either, you know, VICE asked me to stop anybody and arrest anybody in this area because we’re looking at that area for narcotics. And that might be a case where I would have taken somebody for a misdemeanor amount of marijuana. Or what I hear from some officers are is when I checked out with them, all I got was attitude, they didn’t want to give me their name. So in that case, that person is probably going to go to jail.”

City Council member Kornell distributed the notes from a meeting about marijuana decriminalization that happened when members of City Council were in session and couldn’t attend.

“The clerk of the court, Ken Burke, held this meeting with everybody, had an opening speaker that said, a main speaker from Hernando County that said: Well I’m completely biased. I don’t believe in this at all but, let’s take an objective look at it and see what we decide on it. Before the county commission even had a chance to meet to even have any discussion of it. And I applaud Commissioner Welsh for bringing it forward. We support him and we want to work with him. I applaud Sheriff Gualtieri I’m fine with everybody, you know I’m fine. We want to work with everybody. But, the idea that you know, as Bernie McCabe said, ‘We’re just going to tell the elected officials what were doing.’ No, I don’t think so. Not this elected official.”

Kornell says he is optimistic about a county-wide ordinance to decriminalize recreational marijuana possession after his conversations with Pinellas County Commission chair Ken Welsh.

In other pot news, a constitutional amendment legalizing medical marijuana passed a threshold Wednesday– it has enough certified signatures to be on November’s ballot.