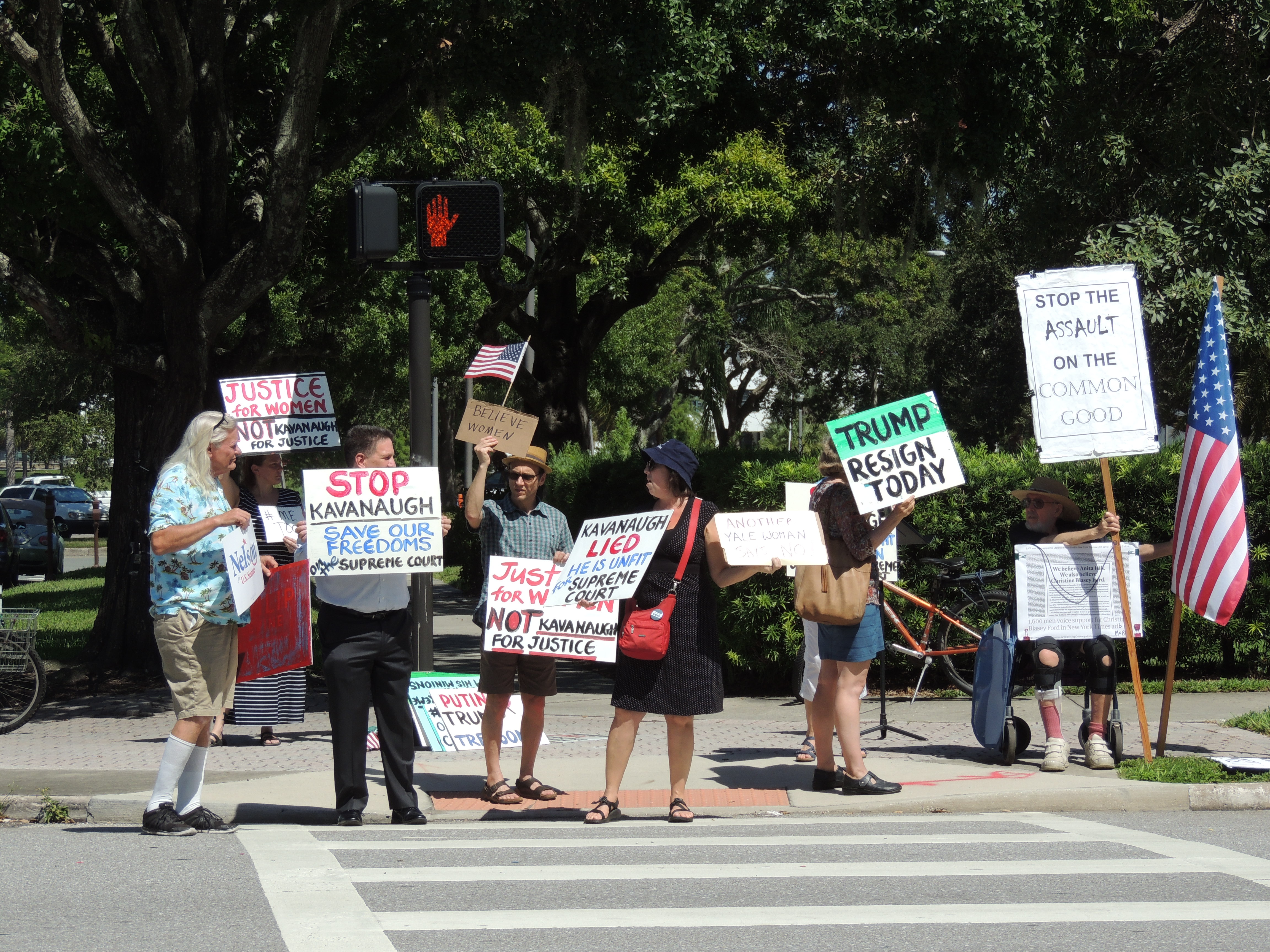 Across the country at mid-day Thursday were dozens of rallies to oppose the Supreme Court nominee Brett Kavanaugh; in St. Petersburg, about 25 people stood on the four corners of 1st Avenue North and 6th Street North in downtown outside the County Courthouse.

Karen Sherman is a freelance writer in St. Petersburg. She graduated from Yale University in 1988, so she was there at the same time Kavanaugh and another one of his accusers were there.

Steve Kornell is a St. Pete City Council member and also is a school social worker.

Andrea Hildebrand Smith is the organizer of FACT, Floridians Against Corruption and Treason. She plans to protest at the Pinellas County Courthouse in downtown St. Pete tomorrow at noon and until the Kavanaugh nomination is rejected or withdrawn.

Supreme Court nominee Brett Kavanaugh choked up before the Senate Judiciary Committee as he fights back against allegations of sexual assault. The judge shouted, sounded angry and tried to hold back tears Thursday afternoon as he told senators he was “innocent of this charge.”

The first of at least three women who are accusing the nominee to the Supreme Court of sexual misconduct testified Thursday on Capitol Hill. Christine Blasey Ford’s testimony was potentially devastating for the GOP — Fox News’ Chris Wallace called it a “disaster” for Republicans.

Here’s part of Dr. Ford’s description of what happened.

Here’s video of the interview with Karen Sherman:

Here’s video of the interview with Steve Kornell: