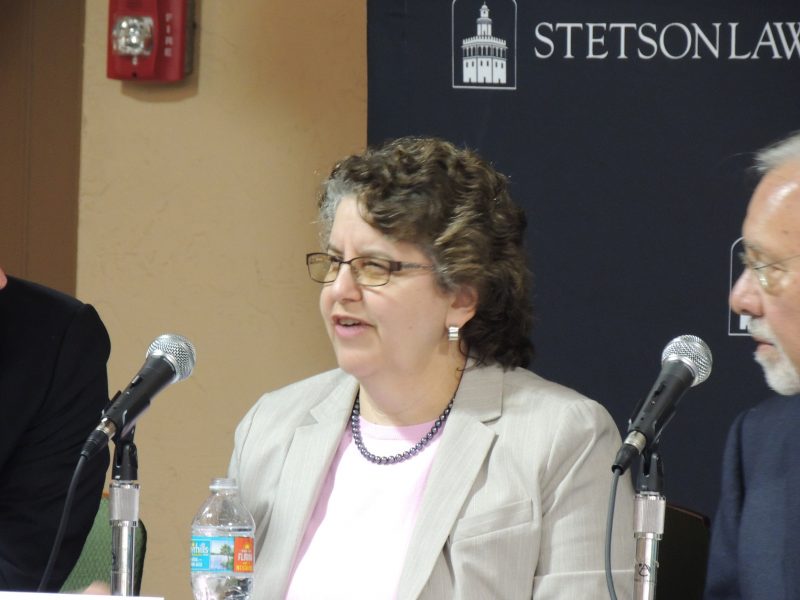 Update: on Thursday Oct. 5, 2017 the St. Petersburg City Council voted 6-2 to advance this ordinance. Below is a story originally published on Oct. 27, 2016 and here is a link to a related story.

“Six members of the St. Petersburg City Council took a bold stand today against shadowy political committees and foreign money. They should be applauded. Reasonable people can debate the merits of the ordinance and its impact, but there should be no disagreement about the righteousness of council’s actions or the Defend our Democracy campaign. Less money in our politics is a good thing.

“President John F. Kennedy once said: ‘There are risks and costs to…action, but they are far less than the long range risks and costs of comfortable inaction.’ It is in that spirit that I am supportive of council’s actions and of the many citizens who have advocated for the passage of this ordinance.”

Original story is below.

If the U.S. Supreme Court ever overturns its Citizens United decision it might be because of an ordinance that’s being considered by St. Petersburg; on Thursday afternoon the City heard about an ordinance that would limit foreign corporate money in local elections and limit the amount of super PAC contributions. The sponsor, City Council member Darden Rice, says it’s in response to the Citizens United decision by the U.S. Supreme Court and an influx of dark money to political campaigns. If Council passes the ordinance next year it could face legal challenges. Rice says if that happens it could eventually end up in the Supreme Court, which may overturn its decision in Citizens United.

“Yes it could. That’s why this is attracting so much national attention, is the potential it has for being a precedent setter.

“Even if we are, in November, looking at the likelihood of a President Clinton taking office, I mean, she said: ‘Send me your test cases.’ The Supreme Court just can’t go back and overturn cases over on their own. They need cases to come before them to overturn past decisions.

“We know Ruth Bader Ginsberg has expressed regret at her original vote for Citizens United. And of course, we have the potential of filling one seat, if not three, within the next four years.”

Where does your ordinance stand in the [St. Pete City] Council?

“Well, today is the first chance we get–the first shot across the bow–to have our city council members look at the draft and hear insight and experience from our guests, such as FEC Commissioner Ellen Weintraub, Professor Alschuler and other constitutional and corporate law experts from across the country, who we have this great opportunity to hear from them, to pick their brains and to get some appreciation for the legality and the context of what I’m proposing.

“We’re probably not going to make a final decision today, it’s a lot of material to sift through. Campaign law can be complex. So, this will be our first glance at the materials and an overview and then I imagine we’re going to continue on with this discussion again in January and probably bring this in for a landing with a final vote, I would imagine, by late winter or early spring.”

Several of the money-in-politics experts that St. Petersburg heard from spoke on a panel beforehand at Stetson University College of Law in Gulfport. Federal Election Commissioner Ellen Weintraub even went as far as to call the Citizens United decision “blatantly ridiculous.”

“The current contribution limit for candidates is $2,700 per election. So, it is corrupting, illegal and wrong — we punish people if they were to give $3,000 to an individual candidate for one election, but, you can give $3,000,000 to a Super PAC, that exists for no other purpose, but, to advance the election of that same candidate. The Supreme Court thinks there’s no risk of corruption there? Does anybody believe that? I mean, that’s just– I’m sorry, that’s just a little bit crazy.”

Video of the Stetson panel on money in politics, part 1:

Video of the Stetson panel on money in politics, part 2: