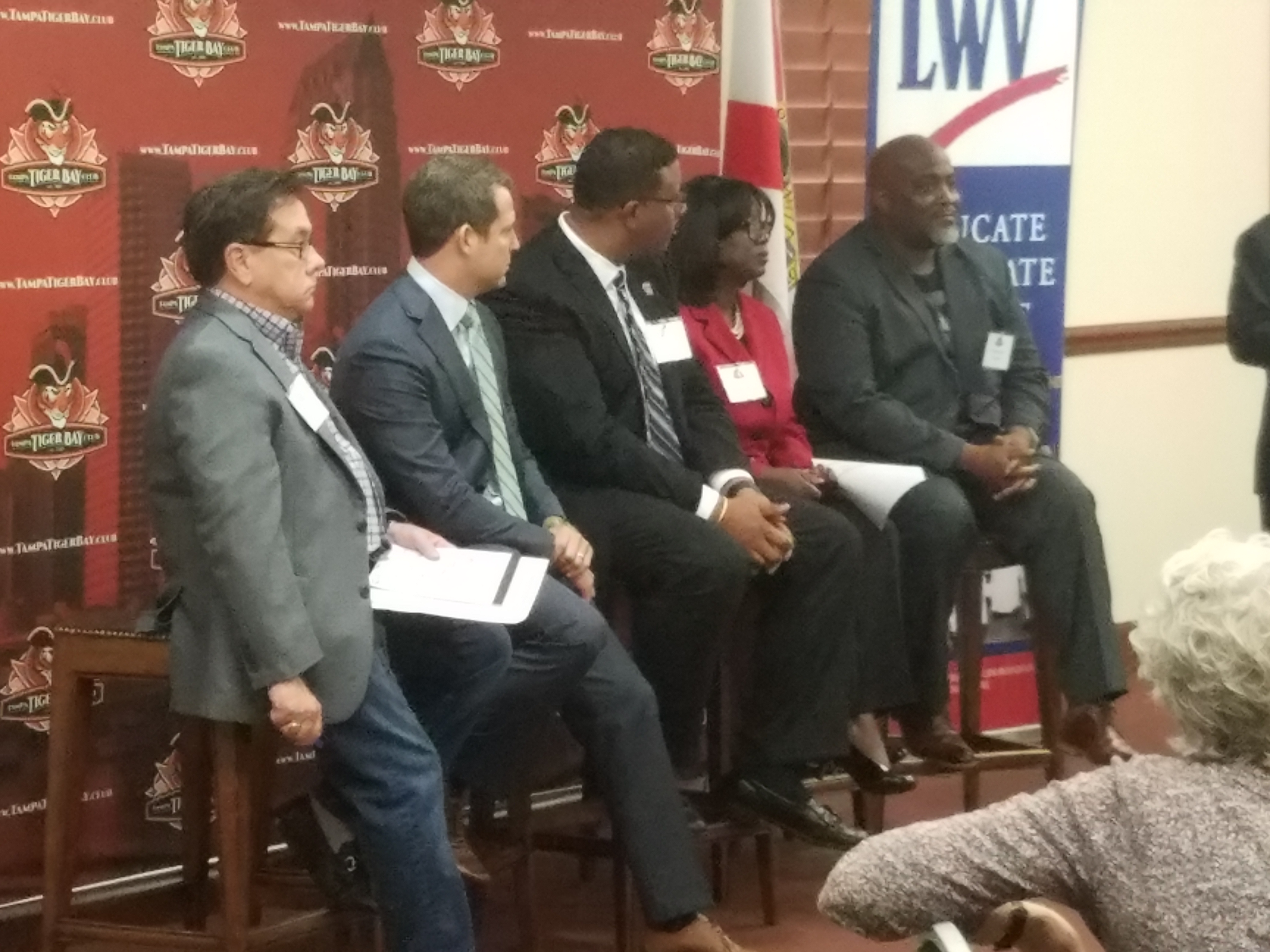 If supporters can gather another 700,000 certified signatures by February 1, Floridians will vote in November of 2018 whether to grant most ex-felons their civil rights, including the right to vote; on Friday the Tampa Tiger Bay Club hosted five supporters of the proposed amendment.

One is Desmond Meade, president of the Florida Rights Restoration Coalition. He lost his civil rights after a felony conviction. Meade was asked to describe the face of someone who would benefit if the amendment passed.

Other panelists were Reggie Garcia, Florida Rep. Sean Shaw (D-Tampa) and Dr. Joyce Hamilton Henry of the ACLU of Florida.