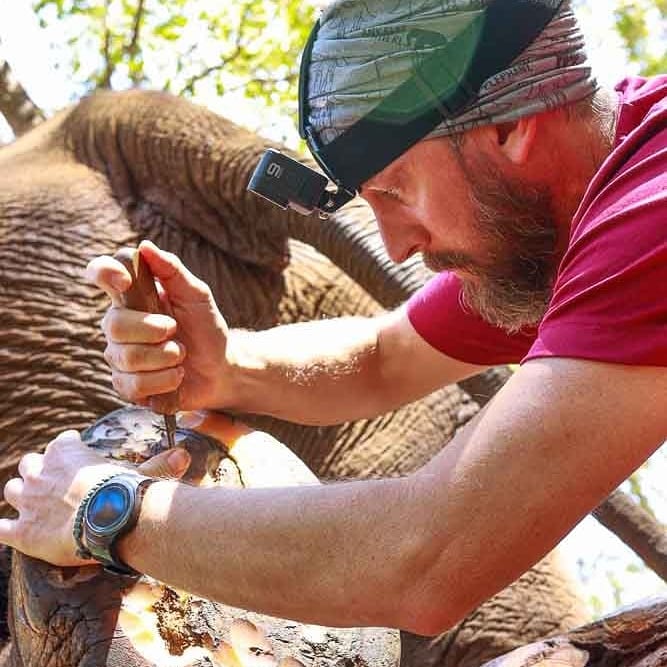 That is his nonprofit dedicated to eliminating elephant cruelty and improving their welfare across multiple countries—an eventual outgrowth, he recalls, of loving animals since he was a little kid, when he would spend his summers working on a goat farm.

Koyle solidified that fauna fondness by earning a degree in zoology from Michigan State University. Not long after, he explains, he landed a job with the Wildlife Waystation, a 160-acre animal sanctuary in northern Los Angeles County dedicated to rescuing and rehabilitating wild and exotic animals. (The facility contended with a complicated reputation, and closed permanently in 2019.)

Koyle left the Wildlife Waystation (years before it closed), and began a stint training dogs. Next, he says, he was hired at the Phoenix Zoo, an experience that clearly became professionally pivotal—if not personally pivotal—for Koyle. Especially after he was given the opportunity to specialize in caring for the Zoo’s three elephants.

Koyle recounts some anecdotes of his nearly 15 years at the Zoo, most of which was working with those elephants. Over time, the elephant program “took off,” as Koyle put it, becoming a lodestar in the zoo industry, such that keepers and other staffers from other facilities began visiting to observe.

He notes that In a largely unrelated move, at a different period, the Zoo let Koyle go, what amounted to a blessing in disguise. It left him, as he points out, “unchained,” launching Elephant Care Unchained, freely and independently pursuing the organization’s mission–chiefly, to cultivate elephant welfare across multiple countries. The countries he’s visited thus far, to carry out that mission, include India, Indonesia, Cambodia, Thailand, Sri Lanka, and Vietnam.