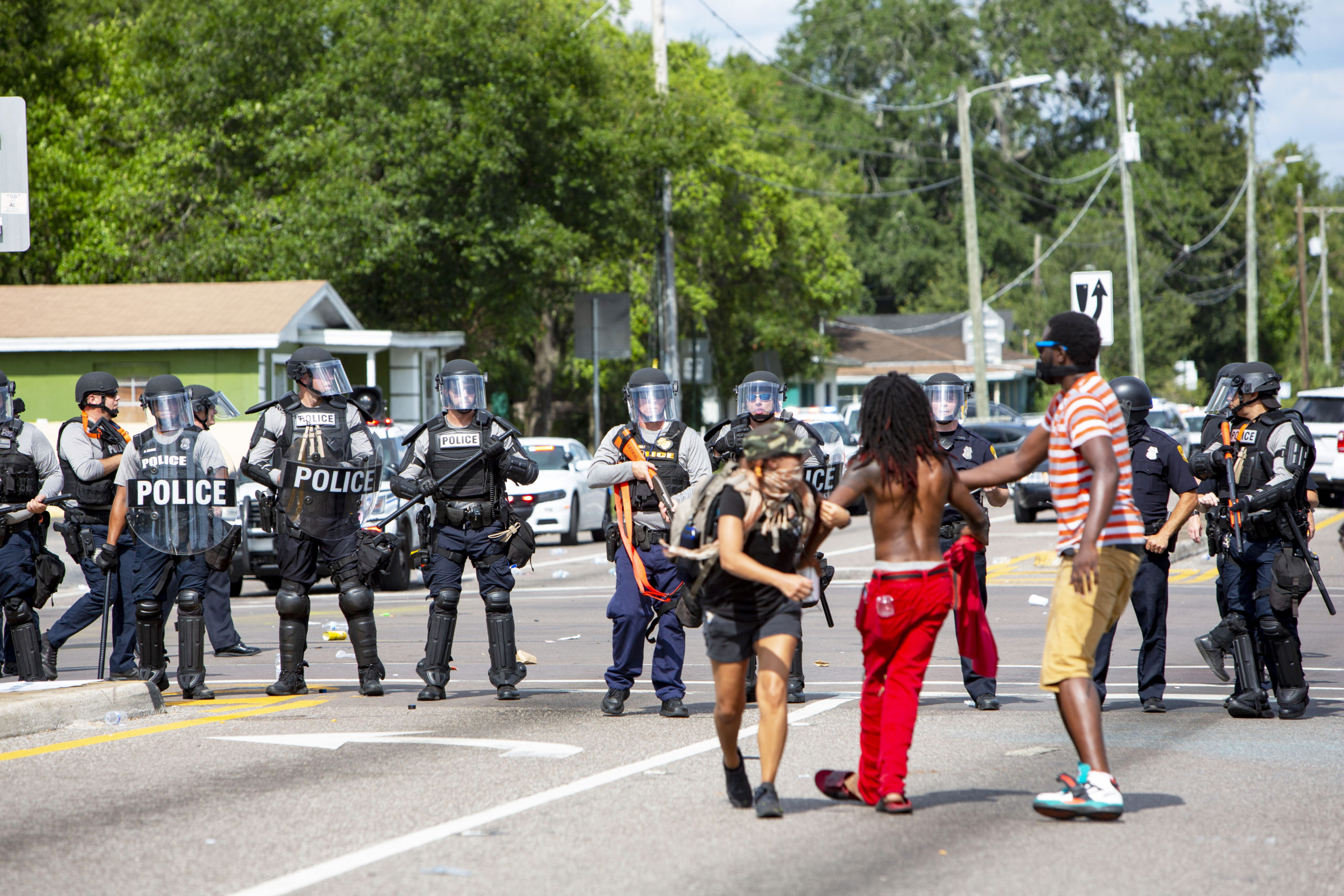 Last Sunday marked the end of several days of protests in the Tampa Bay area as Black Lives Matter protests extend internationally in response to the killing of George Floyd at the hands of Minneapolis police. One of the largest demonstrations was at Cyrus Greene Park on Sunday afternoon.

More than 1,000 protesters attended the official Black Lives Matter march, which ended without confrontation. But less than an hour later police threatened to forcibly disperse a crowd that had gathered to block the nearby intersection.

“Other enforcement action may include actual physical removal. Riot control agents, less lethal munitions, or the use of other necessary force which could result in serious injury. You have 5 minutes to disperse starting now. “

Tear gas was shot into the crowd. One protester identified only as Junior was also witness to another confrontation with officers that occurred the night before at University Square Mall.

“When they was tear gassing everybody. And then when they went across the street and looted the police did nothing.”

Several stores were burned and looted, but police prevented others from meeting the same fate.

The Sunday protests had a definitively peaceful ending, but several groups splintered off. On Sunday Junior came face to face with several of the officers who had formed a line across 22nd St N at the intersection of Dr. Martin Luther King Jr. Blvd to disperse a crowd that was blocking the path in both directions. Several protesters tried to pull Junior away to avoid escalating the situation. Tear gas was again deployed Sunday, sparking outrage.

Bernice Lauredan is with Tampa Dream Defenders. She is advocating for an end to cash bail, and better priorities for law enforcement.

“Instead of investigating in riot gear for our police officers, we need to be investing in black and brown communities.”

Lauredan said Dream Defenders is holding an online forum on Thursday night with State Attorney Andrew Warren to address some of these concerns along with how law is enforced in Hillsborough County.