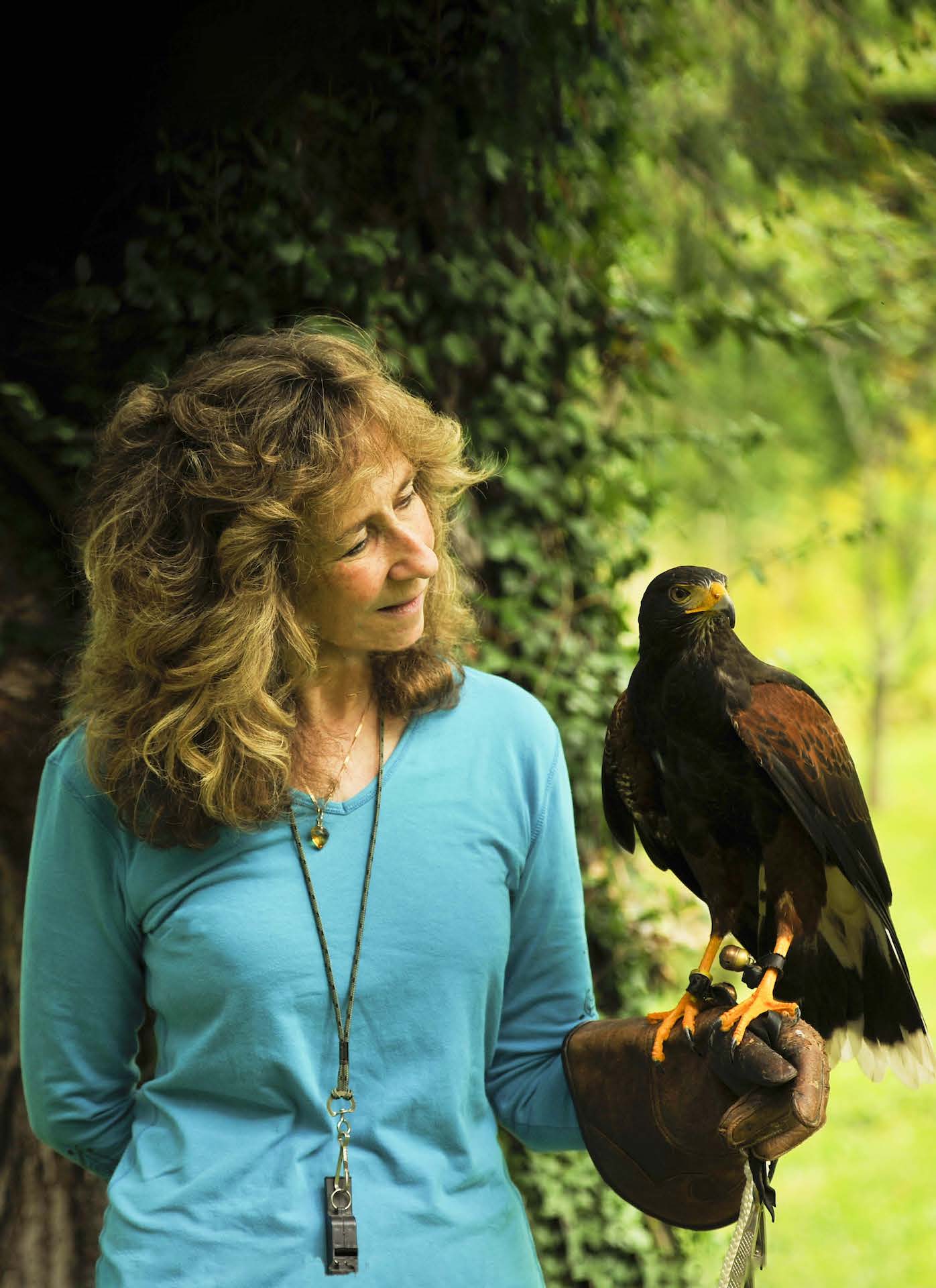 Sy Montgomery—the bestselling author of 30-plus books, including “The Soul of an Octopus” and “The Good Good Pig”—discusses in a “Talking Animals” interview what prompted the exploration of raptors and falconry at the core of her new book, “The Hawk’s Way: Encounters with Fierce Beauty” (adapted and expanded from a chapter in Montgomery’s 2019 collection, “Birdology.”)

She responds to my observation that a Sy Montgomery book tends to tell a story about a given animal entering her world–or Montgomery entering an animal’s world—and what ensues is a warm, poignant, sometimes magical tale. “The Hawk’s Way” is a horse of a different color, and not just because it’s a compact, 79-page micro-memoir.

Sure, she’s as taken with the hawks she meets—enraptured by raptors–as she’s been with previous animals she’s befriended. But as her accounts in this book make clear, these birds are hunters first and foremost, high-strung, and can attack their human falconry partners. And do!

Montgomery hasn’t directly experienced this sort of bird assault, but notes in “The Hawk’s Way” that her falconry instructor, Nancy Cowan, among others, had. Yet, notwithstanding that sort of ever-present peril, she writes, the “birds will show me a kind of relationship I had never known was possible with any living being”—which, for those who’ve read even just a few of Montgomery’s books, profiling a vast array of animals (and humans) jumps off the page as a striking assertion.

Montgomery goes on to detail the intense connection she forged with these birds, likening the feeling to agape love. Despite developing that deep affection for hawks and other raptors—and falconry—she explains the elements of her life, and lifestyle, that prevented her from accepting Nancy Cowan’s invitation to become her apprentice.

Cowan passed away in January, and Montgomery has dedicated “The Hawk’s Way” to her.